Children & Families
Drag queens to Michigan politicians: Leave us out of your election-year drama

When Dana Nessel joked that there should be “a drag queen for every school” last week, perhaps she was thinking of Paul Bowling — a Ypsilanti-based drag queen who said he has met the Michigan attorney general at a couple of his shows.

Known on and off stage as “Jadein Black,” Bowling has long loved being in the front of a classroom as much as he enjoys being in the spotlight.

Before dedicating himself to being a full-time performer in 2019, Bowling worked in schools in and around Ypsilanti as a substitute K-12 teacher and a full-time elementary music teacher from 2015 to 2019. Back then, he moonlit as a drag queen for self-expression — and to pay for school supplies.

Even though Bowling has mostly stepped away from education — he occasionally substitute teaches — he sees a synergy between drag and learning, a combination that has come under fire following the Democratic attorney general’s comments last week and remarks by some Republicans suggesting drag performances should be banned for those under 18.

Though there are people of all sexual and gender identities who participate in drag, drag queens are typically LGBTQ-identifying men who dress in apparel typically reserved for women such as makeup, dresses and high heels.

While different forms of drag shows have existed for centuries, performers have in recent weeks been thrust into a completely different spotlight.

Florida Gov. Ron DeSantis and Texas state legislators have proposed legislation that would ban minors from viewing drag shows in their respective states. In Michigan, GOP gubernatorial hopeful Tudor Dixon reaffirmed the pledge she made earlier on in her campaign to make it a crime for adults to bring minors to drag events, citing concerns that it is too sexual for children. Meanwhile, Michigan GOP leaders in the Legislature rejected a Pride Month resolution they’d approved last year, suggesting the addition of a disclaimer that “not every citizen in Michigan agrees with the lifestyle of the LGBT community.”

A day later, Nessel, who is gay, told a civil-rights groups that “drag queens make everything better. Drag queens are fun.” She then added, “And you know what I'll say that was totally not poll tested, I'd say this, 'A drag queen for every school.’”

“What planet do these people live on?” Michigan GOP candidate, Garrett Soldano, responded on a radio show , referring to Nessel’s comments. “I don’t even know if they even understand what reality is right now.”

Soldano said Nessel and Democrats are part of a “woke mob that’s trying to indoctrinate and subjugate our kids to their woke fantasies.”

Drag performers who spoke to Bridge Michigan seemed baffled by the attention, saying they’re not doing anything different than they’ve done for years.

Misael DeJesus, a Grand Rapids drag queen who performs with the Michigan Drag Brunch as “Gabriella Galore,” said everyone is talking about drag queens but no one is talking to them. 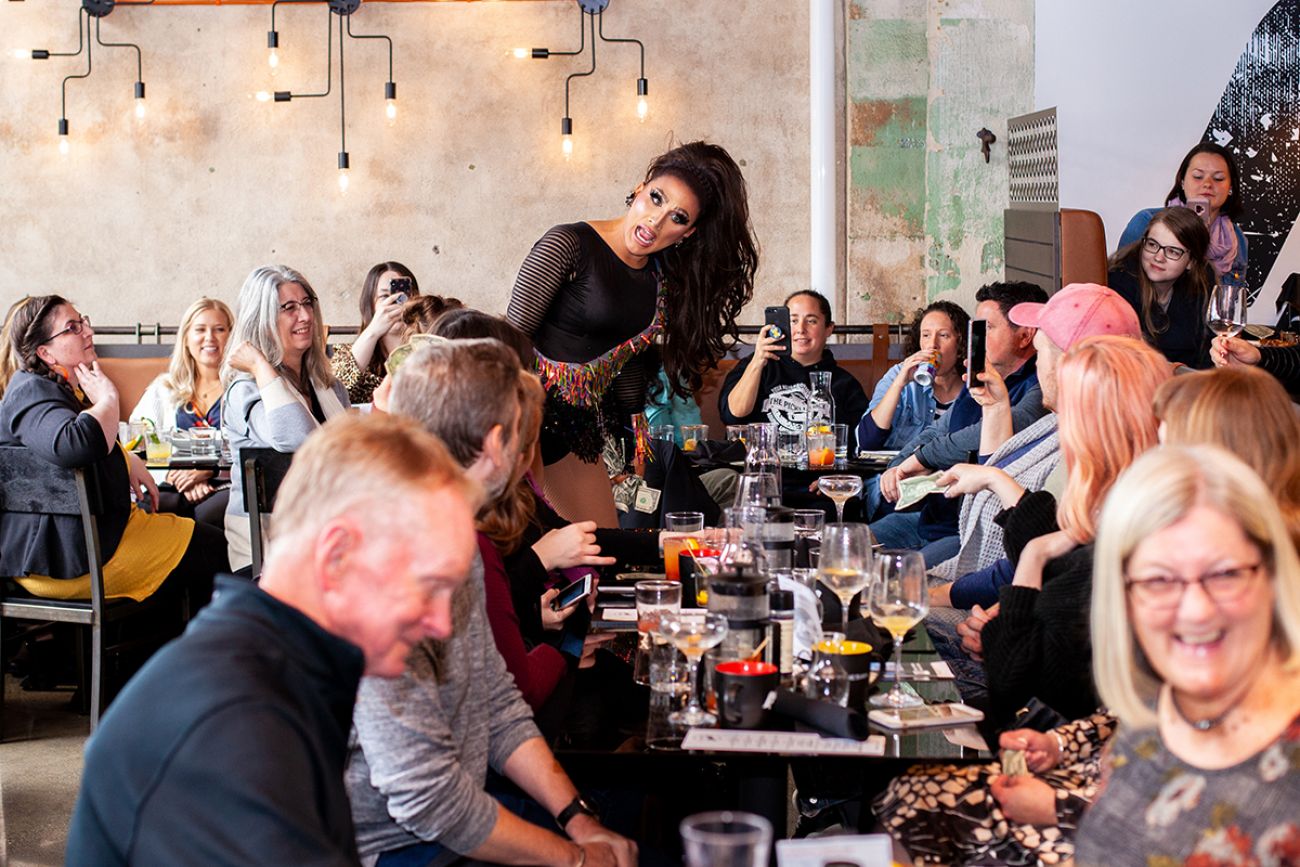 “Queens should be the ones who lead the conversation in the community,” DeJesus said. “I’m kind of disappointed that in 2022, we're still having these kinds of the same, outdated conversations on what's appropriate for children.”

One target of proposed legislation is “drag queen story hours,” or events where drag queens read children’s books to kids while dressed up in makeup, tutus, glitter and the like. The “story hours” are facing pushback from conservatives nationwide because some say engaging with a drag queen forces young children to contend with issues of gender and sexuality that they may not fully understand.

They began offering virtual lessons to children during the pandemic, which were posted weekly on their Facebook page. Bowling as “Jadein Black” taught music, while other drag queens taught cooking and read stories. In all, they posted 184 of the online shows. Kids liked the video lessons, Bowling said, so now he continues to read stories and perform songs for them at in-person events at coffee shops, parks and other public settings. Those events do not take place in schools.

“I've never had a bad experience with these storytimes,” Bowling said. “During storytime, it's usually all families that support what I do. It’s just like [when] I would read a book in the classroom [as a substitute teacher],” he said, “ I just look a little more fabulous.”

Bowling said the recent media attention has been exhausting, listening to the media and wondering what decisions politicians will make about where drag can and cannot be performed, and in front of what audience.

Like Bowling, DeJesus cautioned against reading too much into drag shows. For many other performers, he said, drag is a job and an extension of their personality — they just want politicians to stay out of their wigs.

“Drag is inherently kind of a political activism just simply because it's kind of taboo to dress in ways that are not socially conventional,” DeJesus said. “But not everybody who does drag is meant to be an activist.”

Trevor Lee Straub is the owner and producer of Michigan Drag Brunch which partners with venues across the state to offer an interactive brunch experience with drag queens. Straub said he wishes politicians would find something besides drag queens to shout at each other about.

“I think that drag should be the least of our concerns at this point in our country,” Straub said. “It seems to be a hyper-focus and I think our local government and national leaders need to focus on actual problems and stop deflecting.”

Straub said parents and guardians — not drag queen groups or the government — should decide what events minors should have access to.

Straub emphasized the importance of not seeing drag queens as universally emblematic of political opinions surrounding gender and sexual identities, but as unique individuals.