The Michigan House unanimously approved legislation Tuesday intended to make it more difficult for innocent people to be added to a state registry of adults deemed a serious risk to children.

The Central Registry, maintained by the Children’s Protective Services program within the Michigan Department of Health and Human Services, now lists more than 300,000 names.

Child-safety and foster care advocates argued that too many parents and other adults are put on the registry with little evidence they present a danger to children. That in turn makes it more difficult to attract potential foster parents.

Other states with similar lists have undertaken reforms in recent years.

Under the bill package approved earlier by the House Committee on Families, Children and Seniors, Michigan adults deemed by the Children’s Protective Services (CPS) program to seriously abuse or neglect a child in their care would no longer be automatically placed on the registry.

The package would require the state to first take additional steps — by notifying individuals CPS has determined they committed serious abuse or neglect within 30 days of the finding.  The measure would also allow individuals to appeal their place on the registry after 10 years.

The bill package is backed by the Michigan County Social Services Association, which represents local MDHHS administrators and child welfare directors in all 83 Michigan counties.

Unlike Michigan’s Sex Offender Registry, established in 1994 to publicly track people convicted of sexual offenses, a person does not need to be criminally convicted to go on the Central Registry.

A criminal conviction requires a finding “beyond a reasonable doubt” that a defendant committed a sex offense. A lower standard must be met for the state to add someone to the Central Registry — that there is “a preponderance of evidence (more than 50 percent chance) the individual has abused or neglected their child and the future risk to the child is high or intensive.”

The list is not directly available to the public. But schools, foster care and childcare agencies and organizations that hire volunteers who have contact with children can indirectly access the registry by asking applicants if their name is on it. The burden then falls on applicants to get a clearance letter from MDHHS confirming they are not on the list.

Several people who said they were unfairly put on the registry told lawmakers, as well as Bridge Michigan, that the listing smeared their reputation and prevented them from joining school activities or engaging in foster care work. 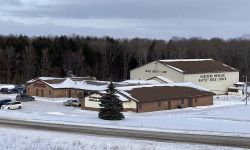 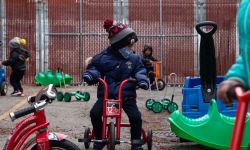 Report: Fraction of Michigan kids who qualify for child care subsidies use them 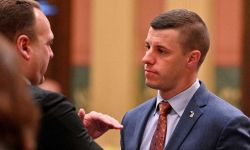