Fiat Chrysler promises 5,000 jobs. But not all Detroiters love the plan.

Jacqueline Stewart holds a photo of a road set to be closed to accommodate a Jeep plant expansion. “It’s rush, rush, rush,” she said of the project. (Bridge photo by Joel Kurth)

Update: Jeep deal promises Detroit 5,000 jobs. But will they go to Detroiters?

DETROIT – Fiat Chrysler wants to make the biggest investment in Detroit in decades: $2.5 billion to expand two plants, create 4,950 jobs and add millions of dollars to the city’s tax rolls.

What’s not to love?

The sentiment was a popular one among the standing-room only crowd who jammed into the United Auto Workers Local 7 hall on the east side for a meeting hosted by the City of Detroit to gather community input and support for the plan.

Across the street loomed Fiat Chrysler’s Conner Avenue Plant, which closed in 2017. That symbolism may not have been lost on the crowd, which was so large dozens were turned away and another meeting was scheduled for Thursday night.

For as much as Detroit has a rich automotive legacy, the city also has a history of developers failing to deliver on promises in return for tax breaks, including the ongoing controversy over the Ilitch organization’s stalled plans to rebuild neighborhoods around the publicly financed Little Caesars Arena.

So for two hours Wednesday, officials from FCA, the City of Detroit and UAW said the right things: The renovations at the Mack Avenue and Jefferson Avenue plants to build Jeeps and other cars would create jobs and improve neighborhoods without displacing residents, businesses or churches.

“We had a lot of places we could have built a plant. You know that,” Ron Stallworth, an FCA external affairs manager, told the crowd. “We’re proud it’s going in Detroit.”

But for two hours, many local residents remained skeptical.

About 10,000 residents live in neighborhoods surrounding the plants, and they sought details about traffic during construction, job quotas, tax breaks and how much community input would shape the deal.

Many of those details have yet to be hashed out.

Stallworth said FCA plans to build kiosks to make it easier for local residents to apply for work, but wouldn’t pledge how many Detroiters would get jobs that start at $17 an hour for unskilled positions and $34 an hour for skilled ones.

Cindy Estrada, a UAW vice president, said the union wants temporary workers to fill the first jobs at the expansion. That would leave about 2,000 new jobs.

Would they be filled by neighborhood residents? Ford and others were dubious, but said they believe residents would be inconvenienced by road closures and traffic.

The neighborhood near the plant expansion is older and poorer than much of Detroit. The census tract just north of the Jefferson plant has a median age is 52 and median income of $12,751, about half that of Wayne County as a whole.

“This is a bunch of bull,” said Ford, who was among those who left the meeting early. “They already know what they are going to do.”

Not so, said Detroit Councilman Andre Spivey, who represents the east side.

“There is no deal. Nothing is done. Nothing at all,” he told the crowd repeatedly.

‘This is your community’

The City of Detroit has until the end of April to acquire 200 acres necessary for the project, and get neighbors to sign a community benefits agreement, which outlines the business’s obligations to the community as part of the deal. Otherwise, the deal could be imperiled.

The accelerated timeline was a frequent source of complaints. Neighbors met Wednesday to begin the process of a electing a nine-member neighborhood advisory council to negotiate a community benefits agreement with Fiat Chrysler.

Such an agreement can contain promises such as traffic improvements, community investments such as playgrounds or recreation centers, jobs quotas and worker training.

“This is your community. You know what you want in your community, so you’ve got to stay engaged,” City Council President Brenda Jones told the crowd.

“When we stay engaged, do you hear us?” a woman asked in response.

The neighborhoods group must forward a proposal to the City Council by April 12, giving it less than a month.

“Of course I want the expansion, but don’t come down here and say you want our opinion, and then it’s rush, rush, rush, let’s get it done,” said lifelong resident Jacqueline Stewart, who spent much of the meeting holding a photo of a road set to be closed for the project.

The neighborhood councils were created from a community benefits ordinance approved by city voters in 2016 that requires such agreements for large projects that are worth more than $75 million, receive $1 million in tax abatements or more than $1 million in land transfers.

The FCA deal is the 10th project to fall under the ordinance. Others have involved the redevelopment of the Herman Kiefer health complex, the Detroit Pistons training complex in New Center, and downtown projects including the rehabilitation of the former Detroit Free Press building and planned skyscraper on the site of the razed Hudson Department Store.

She served as chair of the neighborhood advisory council in the Corktown neighborhood that negotiated a community development agreement with Ford Motor Co. over plans to renovate the long-closed Michigan Central Depot.

The neighborhood council secured $22.5 million in benefits from Ford for the neighborhood, Cockrel said, everything from workforce development, park improvements and affordable housing to protection of pheasants in north Corktown.

“Everything can be always be improved, but this ordinance can work to produce benefits for the community,” Cockrel told Bridge.

Another community meeting about the Fiat plans is set for 6:30 p.m. Thursday at the UAW Hall, 2600 Conner. 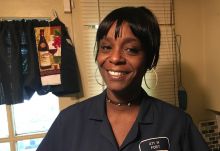 How to cash in on a crappy home. Step one: Find a sucker to sign a land contract.

Left for dead in the 1970s, lending through (often predatory) land contracts is back with a vengeance in Michigan and Rust Belt cities after the mortgage meltdown.

Gun sales are skyrocketing this year, and African Americans are leading the way. Fears of civil unrest after the election play no small part in the cause. ‘Every African American should be on alert,’ one resident says.

Do they think we've forgotten Poletown?

Will those who 5000 new jobs include replaced retirees like they have in the past to inflate their number? Will they be third tier 'temp' workers like GM's new hires in the last few years? In twenty years, will this new plant be abandoned on the whims of capricious shareholders and a rapacious board of directors?

Suggest FCA responds with an "Amazon": if it's so bad, we go somewhere else were the natives are more friendly-:)

Yes yes, we must bow and scrape before the almighty Job Creators who deign to shower the peasants with low wages, bad working conditions, and a gaping tax revenue hole

Yes comrade! And death to the Kulaks!

They need to build this in the suburbs. Detroit doesn't deserve it. They don't care about jobs as they are mostly leeches.

A typical mean spirited and disingenuous comment from a Trump troll. Crawl back under a rock.

Detroit actually has the infrastructure to support these kinds of plants. Suburbs can only support smaller scale plants, which is why most small scale plants and suppliers are in the suburbs.

There are likely hundreds of Michigan communities who are ready and willing to roll out the red carpet for the new plant and all those jobs! No company us going to set up shop in a community that only wants gimme, gimme, gimme. Time to grow up Detroit.

It is time to turn the skepticism into the self-interests by those in the neighborhood. The questions are how can local residents earn the new jobs, how will FCA facilitate the locals developing the necessary knowledge and skills to be eligible for the higher paying jobs, what are the likely reasons people don’t get those jobs at FCA and how will FCA help residents learn to avoid those mistakes.
The local residents may be better served if they saw themselves a individual suppliers [of knowledge and skills] and were trying to find out how they could become a preferred FCA supplier of their labors [intelligence, decision making, results producer].
If FCA invests [regardless of whose money] into the neighborhood than why shouldn't the skeptics try to be those paid to make that investment succeed?

Maybe we've created a culture that doesn't really desire a job such as these all that much?

Well, the politicians promote a culture of government programs, designed for those without jobs, rather than proposing actions that reinforce those succeeding in getting and holding jobs.

Good Luck with any one who will help you out! We have fought for several years Graymont Minning on a land grab here in the UP. Under the table deals and money spent being a good neighbor nothing but we use to call bribes.

Good Luck with any one who will help you out! We have fought for several years Graymont Minning on a land grab here in the UP. Under the table deals and money spent being a good neighbor nothing but we use to call bribes.