There are small business districts throughout Detroit that are barely hanging on. They were once thriving. But, population loss, and the loss of wealth in the neighborhoods have caused hard times for neighborhood businesses. The question is: what to do with them now?

In the MorningSide neighborhood on Detroit’s east side, the main business strip is East Warren Avenue. It cuts through the center of the neighborhood.

Business owners who have been in the area for decades remember its best days.

“There were businesses in every building on Warren,” said Marilyn Nash Yazbeck who owns Nottingham Pharmacy.

“No matter what you needed, you could find it on Warren Avenue: the grocery stores, the party stores, the library, the movie theater, the bike store,” Patrick Maher of Eastside Locksmith told us.

Bran Pikielek of Bike Tech continued, “The tailor, an arcade, a woodworking store, five and dime, whatever.” 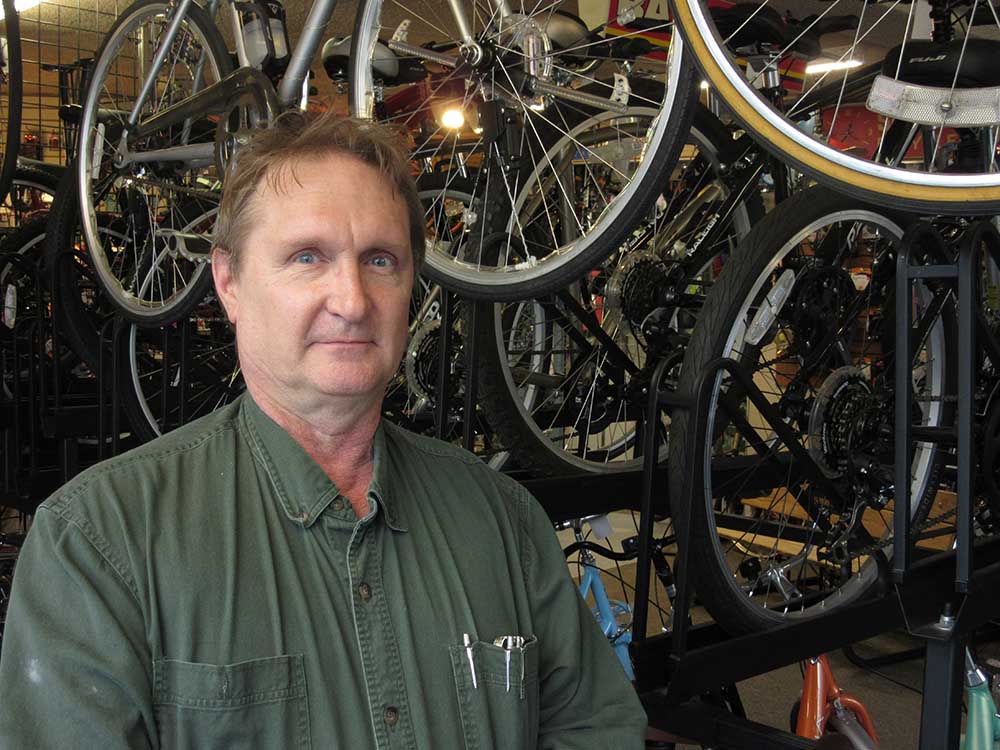 Brian Pikielek was the last president of the East Warren Avenue business association which folded several years ago.

Back in the day, East Warren Avenue in MorningSide was so busy that finding a place to park was difficult and the sidewalks bustled into the evening.

On a driving tour of the neighborhood, Eric Dueweke described the Warren Avenue strip in MorningSide today.

“I’d guess 50 percent are boarded up and then you see all these vacant spaces here. This is where buildings have recently been torn down,” he said.

Dueweke is a lecturer in Urban and Regional Planning at the University of Michigan. He also lives in MorningSide.

“Really this is a problem all over Detroit of what do we do with our former retail strips that there really isn’t a demand for. You know, people just don’t shop in these kinds of small businesses as much anymore,” Dueweke said.

Demand is also down because there is not as much wealth in this neighborhood. Firefighters, police officers, teachers once owned the homes in MorningSide. They left. Today many of the people here rent.

Bill Kamman of Hammer Time hardware store said that means his business has been cut in half in the last 15 years.

“It’s about not having money to buy stuff around here. They’re spending 60 to 70 percent of their money on rent and they don’t have the extra money to be working on houses and putting into stuff,” Kamman said. 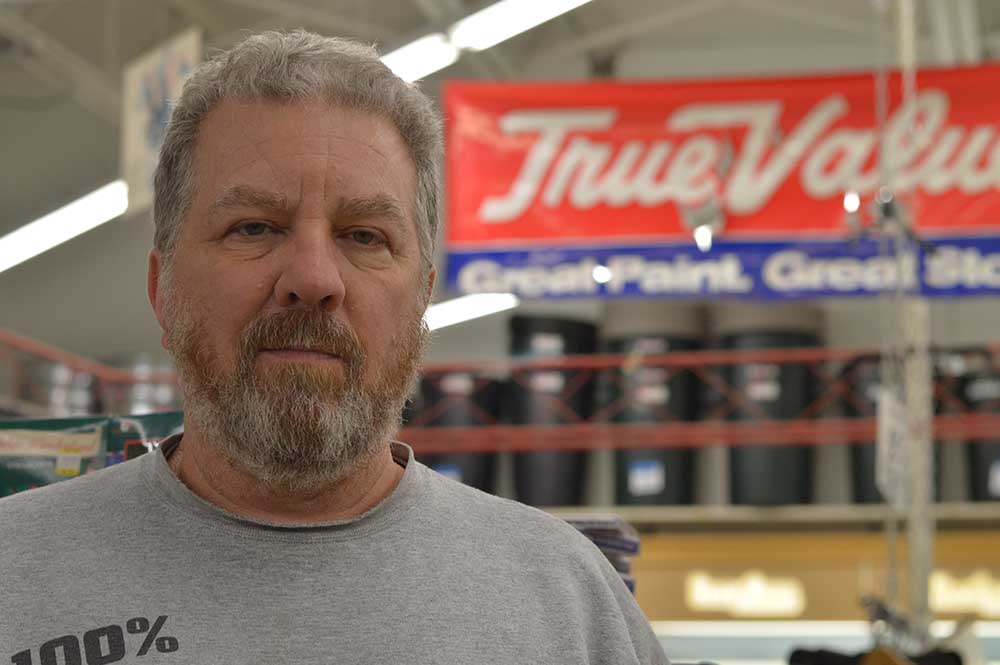 With much of the neighborhood without disposable income, it’s risky for new businesses to fill those vacant storefronts.

Marilyn Nash Yazbeck, owner of Nottingham Pharmacy, is one of the few African American business owners in Morningside.

“I’m not really sure what will really thrive here because of the economics of the area,” she said.

The celebrated economic boom happening in downtown Detroit is not spilling over into the neighborhoods. Patrick Maher with Eastside Locksmiths owns the firm which been operating in MorningSide since 1939. He says the area needs a kickstart.

“I understand that everybody wants to put the money downtown, but – and I mean not knowing a whole lot about a lot of the other neighborhoods, but knowing a lot about this particular one – we need some help,” Maher said.

What kind of help? Bian Pickielek at Bike Tech has some ideas. He was the last president of the business association before it folded several years ago. He’d like the city to do a few things.

“To quickly and efficiently take care of the abandoned buildings, boarded up, keep the neighborhood clean, safe, and lit.”

These days the lights are on. In the past, 40 percent of Detroit’s streetlights were out. With the huge replacement project, all of Detroit is now lit with LED streetlights.

Some neighborhoods have gotten grants to update facades of business district buildings. Recently, Mayor Mike Duggan announced three neighborhoods will be getting money to help rejuvenate business and improve the area. Thirty million dollars of public and private money is being made available to the Fitzgerald/University District, the West Village on the east side and southwest Detroit near Clark Park.

Kamman, the owner of Hammer Time hardware, said he is not sure if MorningSide is ready for economic development.

“I don’t think that this side of Detroit has hit bottom yet. So, maybe throwing good money after bad where other neighborhoods showing signs of a rebirth or something...That money might be better used in those areas than here,” Kamman said.

That’s not a sentiment many other residents share. They’ve seen a few new stores recently open along East Warren Avenue. They seem to be doing well. The residents are hoping for more and say they want the City of Detroit to do what it can to encourage that development.

Unfortunately, when that day comes, it will be too late for Kamman’s business to benefit. Since being interviewed for this report, Hammer Time True Value has closed.

I was really glad to see this article, because it tells the truth. As a person who was born and raised in the Detroit area, I am really tired of people asking me where I'm from, and then being told, by people who didn't come from there, and who have never been there-- "Oh, it's 'all back, now' ". Really--it's all back. All the jobs, all the people, all the good incomes. Handmade dresses and purses, and craft beer is not "all back".

I used to love the Hammer Time store when I lived in East English Village. Alas, I also departed.

Interesting article and sadly reflects much of the small business in Detroit. Times have changed in more ways than one. The demographics of the residents, the way people shop, the wealth of residents, the priorities of residents, etc. I am personally interested in the University District. Businesses cannot survive on Livernois if there is not parking. Need to create a parking structure or lots. Many businesses cannot survive in the University District with residents only, they need outsiders to come in from Detroit Mercy and other institutions.

A small pocket of prosperity surrounded by poverty, of course things are not all rosy.