M-STEP results trouble for most struggling schools in Detroit, statewide

When the state of Michigan scrapped its effort last year to close 38 low-performing schools, those schools remained on notice: Raise test scores or face serious consequences.

A year later, new test results show that most are struggling to hit the targets laid out in their contracts with the state.

And they are not alone. Statewide, less than half of students who took the high-stakes English Language Arts exams last spring posted a passing score — a number that has been dropping steadily in recent years. Math scores also ticked down.

In Detroit, the main school district saw just a fraction of its students — 10.6 percent — post a passing score on the two exams, a figure that dropped by nearly two points since last year.

Scores on the M-STEP and SAT exams, released Wednesday by the Michigan Department of Education, are the first released from a test taken since Superintendent Nikolai Vitti took over the Detroit school district last year. Vitti has promised to improve the district’s worst-in-the-nation test results, but has said that the reforms he put in place during his first year haven’t yet taken effect.

One bright spot for the city district was third-grade English: The passing rate rose from 9.9 percent in 2017 to 11.3 percent in 2018. That’s encouraging given that a tough new law will take effect in 2020, and make it more difficult for third graders to advance to the fourth grade if they’re not reading at grade level.

Less encouraging are the results for so-called “partnership schools,” the dozens of schools that were targeted for closure by the state last year.

The schools — 24 of the 38 schools on the list were in Detroit  – were threatened with closure in January 2017 under a new state law that called for schools with years of low tests scores to be closed down. Parents were sent letters encouraging them to apply to higher-performing schools. Then, with pressure mounting from lawmakers and a slew of lawsuits looming, Gov. Rick Snyder scrapped the closures and agreed to let schools remain open if they committed to improving test scores in coming years.

The test scores released Wednesday morning are the first to offer a glimpse at how the schools have done since then. The early results are concerning.

Most schools on the list fell short of targets spelled out in the partnership agreements, which typically called for schools to improve their scores by nearly two percentage points per year. At Law Elementary School in Detroit, which was returned to the city’s main district last year after a state-run recovery district dissolved, scores fell in every grade and subject. At Durfee Elementary-Middle School, English scores rose — but not enough to hit state targets.

There were exceptions — Ann Arbor Trail Magnet School in Detroit lifted its math and English scores substantially above the targets — but only about one in five schools saw their numbers move in a positive direction. The rest had scores that were flat or slightly down.

None of this is particularly surprising, said Randy Liepa, superintendent of Wayne RESA, the county education agency that provides support services to Detroit schools and is working closely with the partnership schools. Districts are only beginning to implement the changes called for in their contracts with the state, which are known as “partnership agreements.”

“One of the major things that Detroit did was select a new curriculum,” he said. “That wouldn’t show up in last spring’s M-STEP tests.”

The latest test results, he said “certainly wouldn’t be based on the improvements that they’ve outlined in their partnerships agreements, because those things are just starting to be implemented.”

Even so, the stagnant or declining test scores will be fuel for a political fight. The consequences tied to the partnership agreements are vague, leaving ample leeway for the new governor and state school board members to steer the state towards or away from school closures.

Newly elected officials will face rising concern about the state of education in Michigan, concerns that were stoked by the release of new test data on Wednesday.

While poverty is correlated with student test scores, researchers find that improving test scores is a worthy goal: Better scores are tied in significant ways to better life outcomes. In Michigan, officials have sought to improve students’ performance by threatening consequences if scores don’t rise.

The M-STEP was administered this spring for the fourth time to students in grades 3-8. It replaced the MEAP in 2015. The SAT is given to 11th graders to help measure high schoolers’ learning. It is also a widely used college admissions exam.

Many observers are watching English scores in particular, looking for clues to the impact of the state’s third-grade reading law, which will hold back third graders who are more than a year behind in reading beginning with the 2019-20 school year.

State officials stressed this week that the latest M-STEP scores can’t be used to predict which students will be held back. That’s partly because they don’t include a reading-specific score, and partly because the state is still working to retrofit the test, which was not designed to measure whether students are reading on grade level.

In a conference call with reporters this week, Martin Ackley, director of the department’s Office of Public and Governmental Affairs, declined to offer an estimate of how many future third-graders — this year’s second graders — could be held back.

“We want to take our time to do it right, to make sure we have a good robust process in the first place,” he said. “I don’t want to throw numbers out there without doing our homework first.”

Chalkbeat and Bridge Magazine, members of the Detroit Journalism Cooperative, teamed up to cover the state test scores. Click here and here to see Bridge’s report on how schools stacked up across the state. 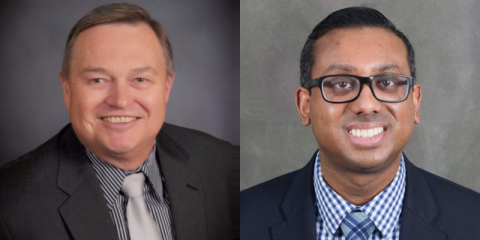 You’ve read the doom-and-gloom stories. But they fail to point out how well many Michigan students are doing. 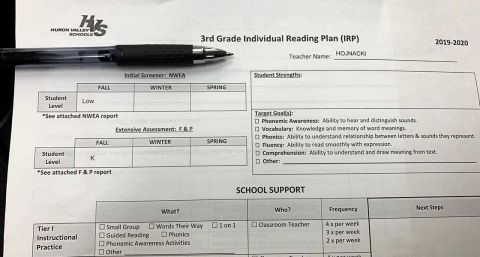 An estimated 5,000 students could be flagged to repeat third grade because of low reading scores. In her State of the State address, Whitmer will unveil a plan designed to help parents get around the Republican-backed law. 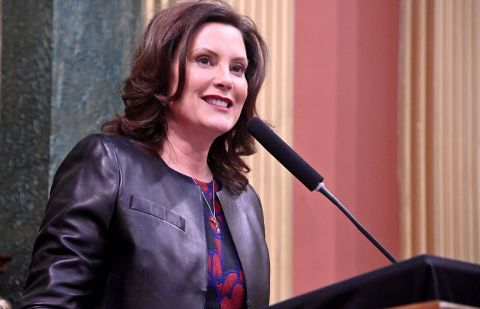