11 things every Michigan taxpayer should know

Comparatively, Michigan's tax burden is low - and getting lower.

Look around: YOUR taxes could be much higher.

Michigan gives more tax breaks than it collects for schools/gov't.

The motivation for a state income tax cut.

What might YOU get out of an income tax cut?

Snyder is a Republican. Why his experts want to spend more.

Can we cut taxes and spend more on education/infrastructure?

Tax less vs. spend more. How will the standoff end?

Remember how we said Michigan had high taxes in the late 1970s? Well, voters back then noticed – and revolted.

In 1978, voters approved a constitutional change – “The Headlee Amendment” – which limited annual total state tax revenue to no more than 9.49 percent of all the personal income earned by Michigan residents.

The amendment was named for Richard Headlee, an anti-tax, conservative Republican and insurance executive. In this century, state tax revenue has remained far below the 9.49 percent Headlee cap (see graphic below, which shows how many billions of dollars below the Headley cap Michigan has fallen each year).

In 2015, for example, the rate collected was 7.6 percent. Cumulatively since 2000, Michigan tax revenues are $120 billion less than the Headlee limit allows. That’s the equivalent of $12,000 less in tax collections since 2000 for every Michigan resident.

In other words, Michigan’s recent and current tax policy is far more fiscally conservative and taxpayer-friendly than what tax-fighter Richard Headlee won in his tax-limitation victory more than a generation ago.

Yet this year, a significant block of Michigan legislators has been seeking an income tax cut that has ranged, in negotiations, from $250 million to more than $1 billion.

The definition of “anti-tax conservative” has changed. 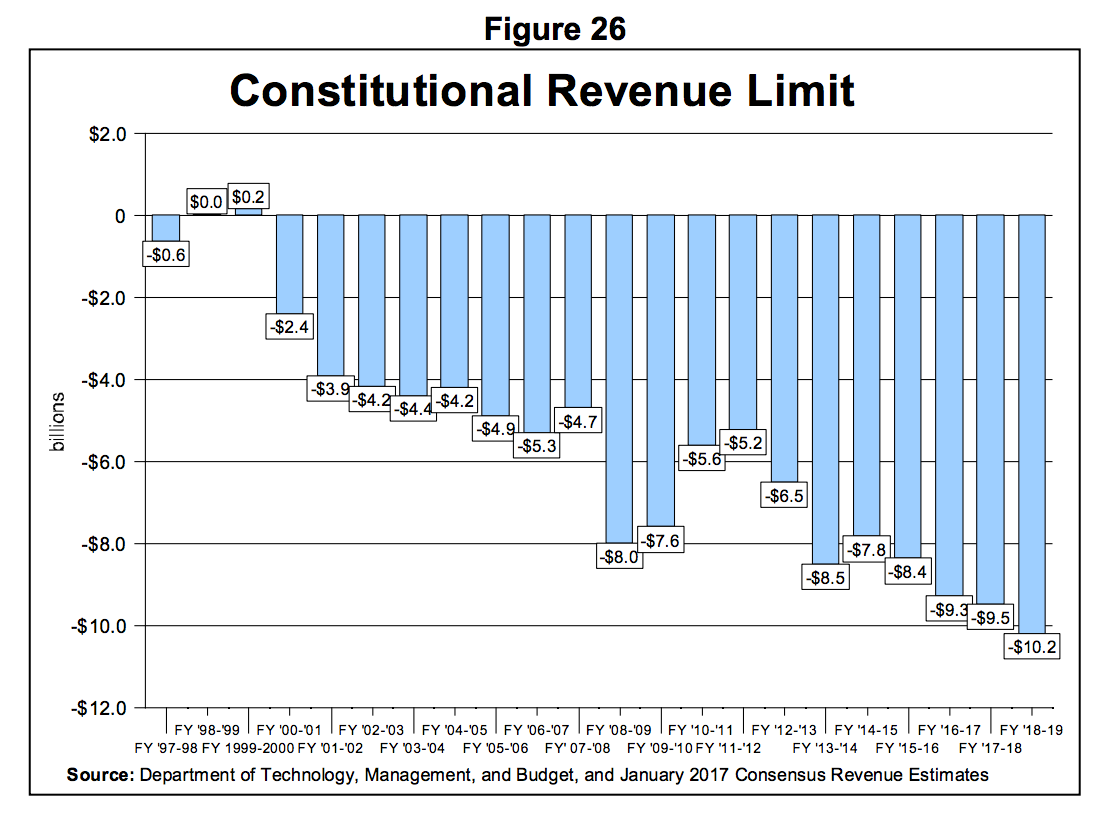 NEXT: If Michigan's tax burden is so low, why do taxes seem so high to YOU?