LANSING — Anglers this season may catch up to 10 brook trout per day across 33 Upper Peninsula streams stretching 1,200 miles, double the limit elsewhere in Michigan.

But the relaxed regulation could be short-lived.

The state’s Natural Resources Commission last week reaffirmed the 10-trout threshold for a select group of streams scattered across the U.P., ranging from a stretch of the Iron River to the north branch of the Pine River.

Related: How a typo revived a Michigan fish feud over hungry Yoopers and science

It’s an exception to the five-brook trout limit everywhere else in the state. But the commission added an Oct. 1 expiration date on the order, after which it will more thoroughly investigate whether the looser regulation could harm local brook trout populations.

The vote came two weeks before trout season starts April 27 and resolves months of confusion about this year’s rules. It’s the latest chapter in a curious saga that prompted questions about whether science or special interests drives state natural resources policy. 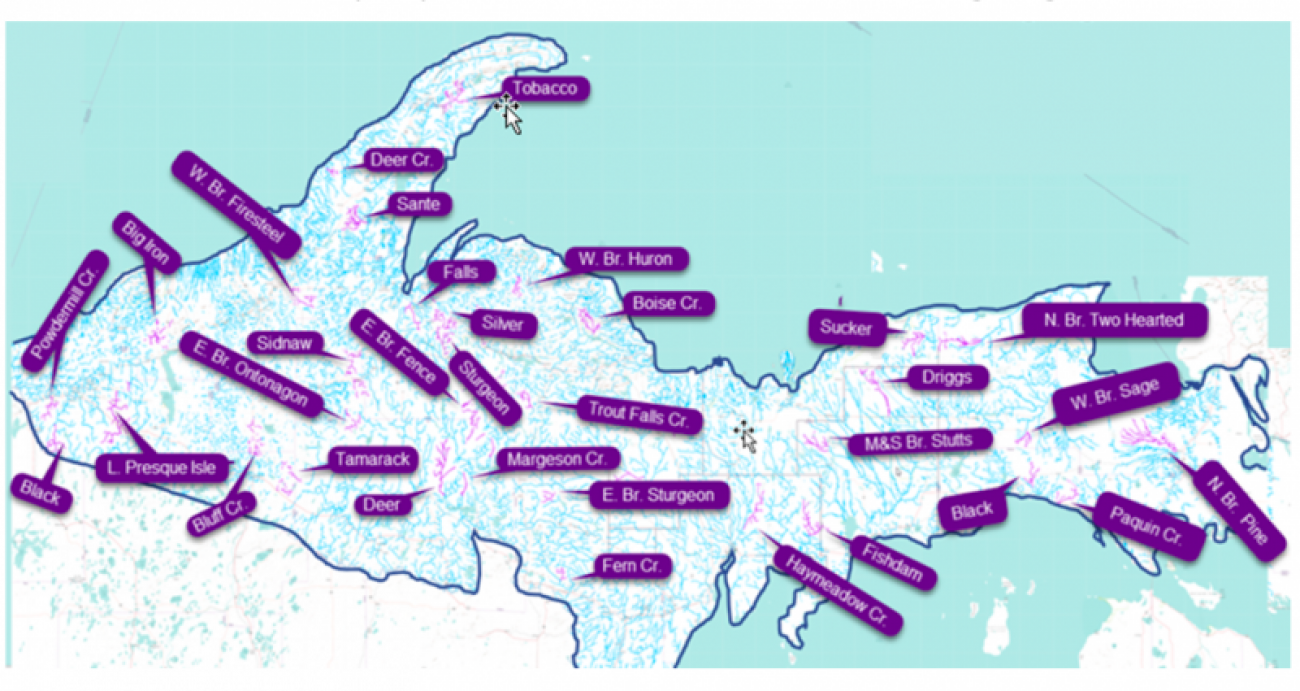 In 2000, the Natural Resources Commission, which sets rules enforced by the Department of Natural Resources, set a daily catch limit of five brook trout across Michigan, including the U.P.’s 22,000 miles of small streams. But after years of lobbying, the Upper Peninsula Sportsmen’s Alliance group and other Yoopers in 2017 persuaded the NRC to increase the limit on the 33 streams.

Those Yoopers, including commissioners who have since left the NRC, complained the previous five-fish limit was insufficient for those who eat their catch. The vote came over objections from groups such as Trout Unlimited, which argues the looser regulations will harm brook trout populations.

In December 2018, the NRC voted to return all streams of the five-trout limit of seasons past — apparently by accident.

A clerical error removed the 33 streams from a wider order covering changes in several fisheries regulations. Commissioners approved that order at the time, but some later admitted they didn’t read the whole 96-page document.

Another wrinkle: The 2018 vote came after Department of Natural Resources already printed fishing guides for the 2019 season. Those guides included the 10-trout threshold from the previous year.

Some newer members of the NRC have expressed reservations about the 10-trout limit, while also recognizing some commissioners did not intend to nix it. And enforcing regulations that differ from the printed fishing guide could stir confusion, they say.

“It’s important that we have consistency when it comes to law enforcement,” said commissioner John Walters of Vanderbilt, who joined the commission in 2017 and has voiced the loudest concerns about the 10-trout threshold.

Walters last week offered the successful amendment on a fisheries order that would move the limit back to 10 fish on the 33 streams while sunsetting the regulation in October.

NRC Chairwoman Vicki Pontz of Ionia said the vote would correct an error she and other colleagues made late last year.

“Most importantly, however, it allows the Natural Resources Commission time to thoroughly investigate this issue,” she said.

Commissioner David Nyberg of Skandia, who joined the commission after the original 10-trout vote, said the commission will “benefit from having fresh eyes” on the matter.

“I think it’s beneficial to allow groups that have biological data on this decision to come forward before the commission,” he said.

Bryan Burroughs, executive director Trout Unlimited’s Michigan chapter, said the NRC should have already weighed the science in the years-long debate, but he called last week’s move “a practical compromise” between his group and others.

“At least in some ways, they’re showing that ‘okay, we hear you,’” said Burroughs, referring to the commission’s response to his group’s concerns.