Water levels in the Great Lakes are surging and could break records this summer.

In Bridge’s Michigan Environment Watch, we share a roundup of recent stories on the Great Lakes or other issues. If you see a story we should include next time, use the hashtag #EnviroReads on Twitter or email Environmental Reporter Jim Malewitz at jmalewitz@bridgemi.com.

“Water levels are surging in the Great Lakes and likely will set records this summer, forecasters said [this month]— a remarkable turnaround from earlier this decade that’s bringing welcome relief to shippers and marina owners, but causing flooding and heavy erosion in some areas,” John Flesher reports. “A six-month bulletin from the U.S. Army Corps of Engineers predicted Lake Superior and Lake Erie soon will reach unprecedented high points, as a heavy winter snowpack across the region’s northern section melts and mingles with water gushing into the lakes from rivers swollen with spring rainfall.”

“Record or near-record water levels predicted for the Great Lakes this summer mean less shoreline than usual. And that's bad news for an endangered species reliant upon that shoreline: piping plovers,” Keith Matheny reports. “The distinctive shoreline birds lay their eggs in pebbly beach sand and hang out there to better avoid predators lurking in nearby trees, bushes and grasses. Washed-out nesting areas will push the birds into unknown territories — away from the waves and toward danger.”

From hero to pariah, Flint water expert fights for his reputation

Marc Edwards is on the prowl. Spending $100,000 on lawsuits and public records requests, he has foraged through thousands of pages of transcripts, court testimony and documents from colleges and government agencies,” Francis X. Donnelly reports. “The tenacious Virginia Tech professor, who helped expose contaminated water in Flint and Washington, has an investigative bent that makes him a scourge of scientists and government bureaucrats. But this investigation isn’t about lead-laced water. It's about his enemies.”

Toxic stream of ‘mystery foam’ near Detroit was PFAS – but from where?

“The thick white foam pouring through a ravine and rolling over a roadway near an I-75 interchange in southwest Detroit seemed scary and mysterious in summer 2018. Police were called, Hazmat crews wore gloves and boots to get samples, and Schaefer Highway was closed for the so-called “foam events” over several days in early August,” Paula Gardner reports. “By the time the foam dwindled to a trickle then stopped, the public was told it wasn’t harmful. Officials said the oozing river of foam it may have resulted from construction of a parking lot near Schaefer Highway and I-75 in Melvindale. Neither was true, investigators now say.”

These anglers are looking for a different kind of catch: trash

“You see it all the time in city streams and rivers: all kinds of trash, much of it plastic, bobbing along the edge of the water. You know it’s not right. You wonder how it got there. And you wonder what can be done about it. One group of volunteers has stopped asking questions and started doing something,” Lester Graham reports. “...Basically, instead of fishing for fish, Trash Fishing volunteers are fishing out trash. They use nets and trash pickers to get what they can reach.”

Even in a Michigan outdoor paradise, ticks are a growing public health threat

“Onekama, on the west side of Michigan and about 10 miles north of Manistee, is the southern gateway to Michigan's scenic highway, M-22. The community (pronounced One-comma and O-NECK-a-ma) is known as an outdoor summer paradise for recreational activities, including camping, fishing, hiking, biking and golf,” Frank Witsil reports. “But in recent days, Onekama — which local residents also write as "1," — posted a social media warning for visitors who enjoy the outdoors: Once again, it appears that it's "going to be a bad summer." Ticks become most active from April to September and are increasingly becoming a statewide threat. They also are spawning new health concerns, including some rare cases that have linked tick bites to life-threatening allergies to red meat.”

Bacteria and viruses from human waste getting into Michigan water

“The Michigan Department of Environment, Great Lakes, and Energy indicates there are 1.4 million homes in Michigan that are not hooked up to a sewer system. Many use septic tank systems. But Molly Rippke, an aquatic biologist with the agency, says there’s a big problem,” Lester Graham reports. Rippke told Graham: “We estimate that about 24% of them are failing to the point that they could contaminate surface or groundwater. And to go even farther, five percent of the homes in Michigan that should be relying on a septic system, are actually having an illicit discharge to surface waters of the state.” 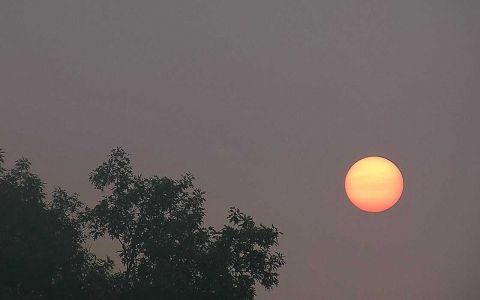 So far, the wildfire smoke hovering over Michigan has not impacted regional air quality. But climate experts say it should serve as a sobering reminder that the Great Lakes State is not immune to worsening natural disasters caused by climate change. 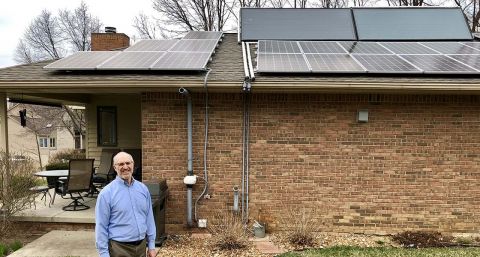 In a battle over fairness and who controls Michigan’s renewable energy future, utilities successfully pushed state lawmakers and regulators to lower compensation for rooftop solar owners who add electricity grid. 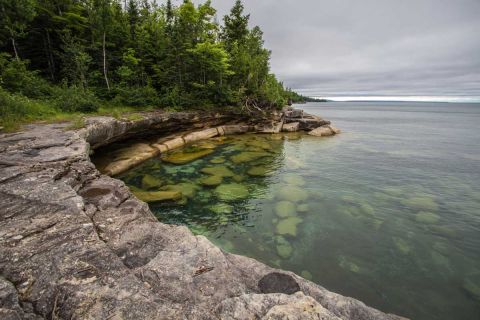 How long can Great Lakes fend off thirsty world from water diversions?

A 2008 interstate compact prevents distant dry places from siphoning off Great Lakes water. But will the agreement hold up in the face of growing demand?

As a non-native Michigander, I have been amazed for many years by the prevalence of septic systems in the increasingly urbanized portions of Oakland and Macomb counties, extending into St. Clair and Lapeer counties. These areas are way too populated for local city, township, County and (yes) State government to have allowed continuation of septic systems for the past 30-40 years. 20th Century sewerage lines and disposal systems should have been made mandatory 30 years ago. It is not the 21st Century and we are permitting sanitary methods of 100 years ago to remain in place, then wonder why we have ground water contamination and beach closures in Macomb County. Michigan treats its sewerage and human waste sanitation standards just like it treats it highways: cheaply... politicians serving too many who don't want to spend a nickel in taxes to save a dollar.

John P Davis is spot on. GOP is on the cheap thanks to the last Gov. Snyder who did absolutely nothing and he had the GOP controlling the entire state gov't. and what did he get done NOTHING except tax breaks for business and the rich on backs of middle class. No the GOP says no to new Gov. Whitmer on everything. Who does the GOP represent besides business?