Swim at your own risk. Most Michigan beaches lack lifeguards

Michigan Environment Watch
Swim at your own risk. Most Michigan beaches lack lifeguards

Then came the backlash.

The city council quickly backpedaled after a broad and vocal contingent of New Buffalo, population 1,900 just north of the Indiana border, raised hackles.

“The comments from the public — as well as the high-level of intensity of the comments — have cut off any discussion,” City Manager David Richards told Bridge Magazine.

So this summer, the city plans to maintain its status quo. It’s looking for six to nine lifeguards to watch its slice of Lake Michigan shoreline mostly on weekends and holidays.

But among Michigan’s 1,220 public beaches, New Buffalo will be an exception.

"We are still compiling comprehensive data on lifeguarding across Michigan and the Great Lakes, but it is obvious that not nearly enough of them are guarded," said Jamie Racklyeft, executive director of the Great Lakes Water Safety Consortium, a Michigan-based nonprofit umbrella group for researchers and advocates trying to end Great Lakes drownings.

“We have [thousands of] miles of shoreline on the Great Lakes and we spend millions of dollars on campaigns like Pure Michigan...trying to attract people to beaches,” said Racklyeft, who is also a Lake Michigan drowning survivor. “Hardly anything is spent on keeping them safe once they’re there.” 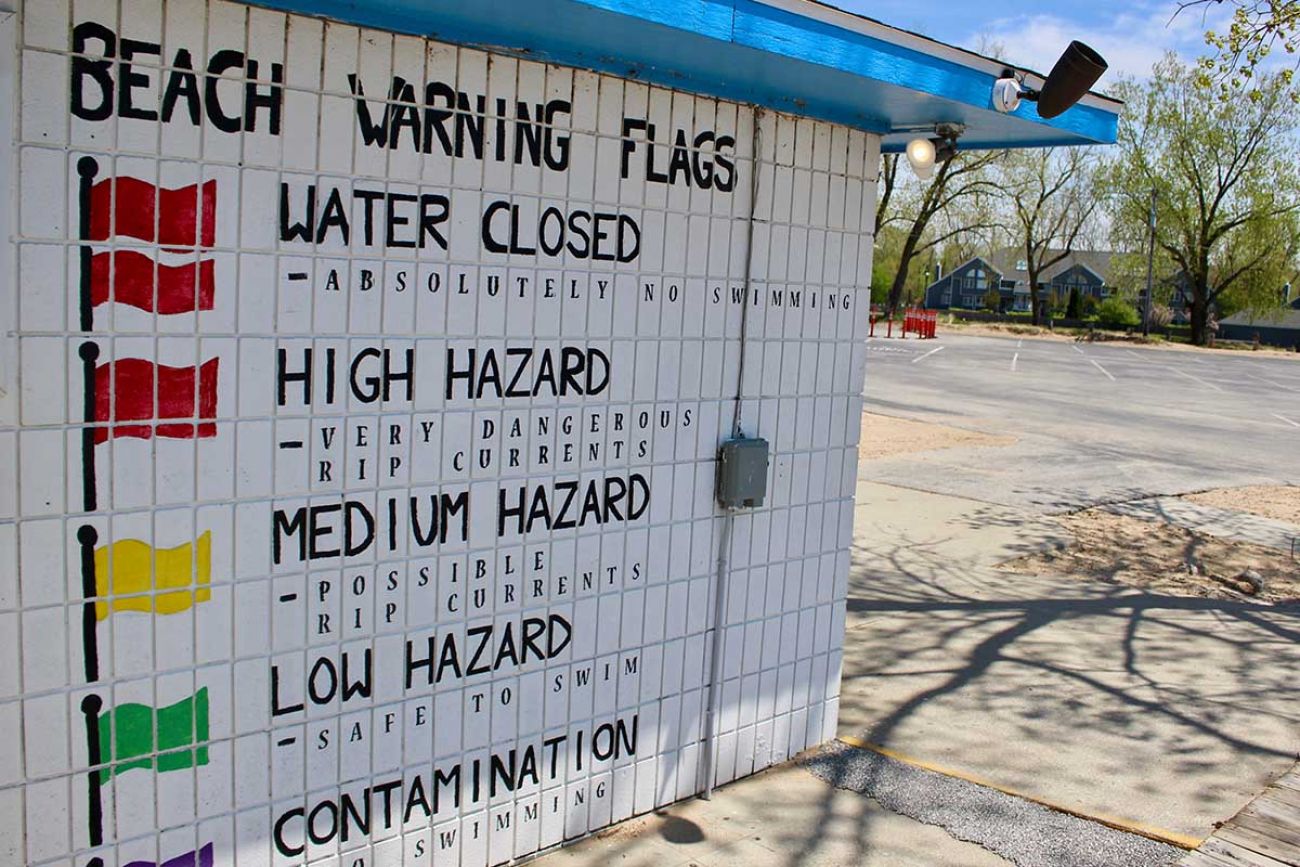 Rip currents and other conditions on the Great Lakes can quickly overwhelm swimmers, kayakers or others in the water, pulling them under within 45 seconds, according to Bob Pratt, a retired East Lansing fire official who founded the nonprofit Great Lakes Surf Rescue Project.

Lifeguards are trained to quickly spot someone struggling in such conditions. And their ability to quickly respond prevents untrained beach goers putting themselves at risk by trying to help.

But Michigan’s local governments have gradually yanked lifeguards from the beaches, following the state’s lead.

Most Michigan State Parks lifeguards were cut in 1983, and all were gone by 1991, John Pepin, a Department of Natural Resources spokesman, wrote in an email. (That did not include lifeguards at swimming pools.)

“The reasons for the discontinuance ranged from cost to difficulty of staffing and the problem of parents dropping their kids off at state parks unaccompanied with an expectation that a lifeguard would be watching them,” Pepin wrote.

“It was a decision made strictly based on financial reasons,” Ludington City Manager John Shay told MLive in 2010 about the popular West Michigan tourist destination’s axing of its program to shave $27,000 from its budget. “If we had the resources we once had, we would probably still have the lifeguard program.”

That same year Muskegon ended lifeguarding at its beaches.

Last year, the Detroit Free Press visited five popular Lake Michigan beaches in counties with the most fatalities related to currents — Muskegon’s Pere Marquette Beach, included — and found only one was staffed by lifeguards. That was Silver Beach in St. Joseph.

The other three unstaffed beaches were in Grand Haven, South Haven and Holland.

Grand Haven, however, has made significant safety upgrades in recent years. They include installing more life rings along its south pier. They’re connected to a high-tech alarm system that automatically phones 911 and activates a camera so first responders can immediately see the water. The city’s Department of Public Safety has also stepped up beach patrols — all changes that came gradually after residents saw three drownings in 2003. 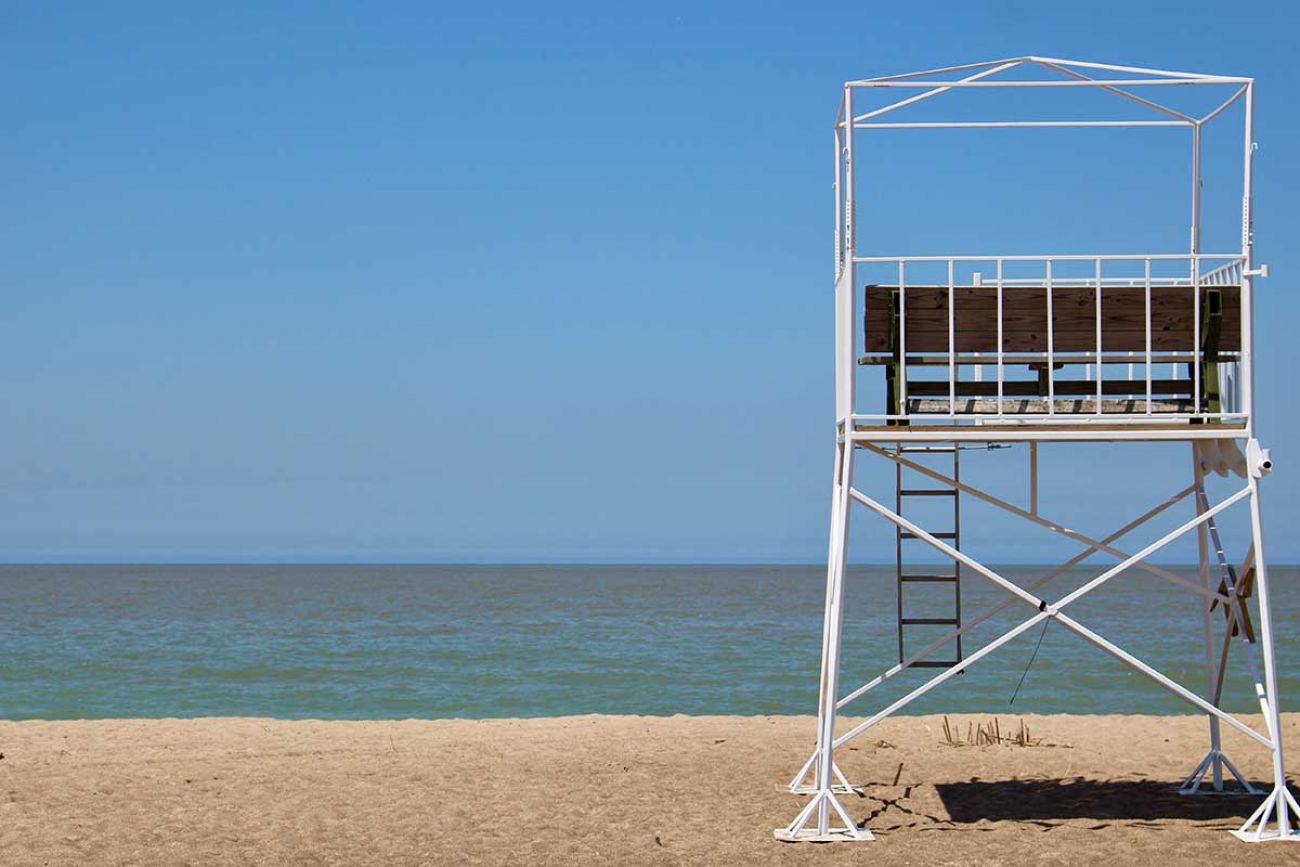 South Haven agreed to similar safety upgrades in 2013 as part of a $400,000 settlement with the family of an Illinois man who drowned off the city’s south pier in 2009.

But still, no lifeguards. That’s despite research showing their effectiveness.

The report also referenced economic benefits such as savings in emergency and long-term medical care.

Some local officials fear lifeguard programs put the city at risk of drawing costly lawsuits — from drowning victims families should something go wrong with a rescue, for instance.

“There’s additional risk if you have lifeguards, because you’re asking people to risk their lives in an attempt to rescue someone,” said Richards, the New Buffalo city manager.

Richards said he saw problems with the cities’ lifeguard program last year, and it would cost $300,000 — a major chunk of the small town’s budget — to keep it up to snuff. He said he did not know whether the city had dealt with any lifeguard-related litigation in the past.