Chemicals known as PFAS are befouling sites throughout Michigan, but there’s no consensus on how much of the chemical is unsafe for groundwater. (Photo by J. Carl Ganter/CircleofBlue.org)

“All Michiganders deserve to know that we are prioritizing their health and are working every day to protect the water that is coming out of their taps,” Whitmer said in a statement Tuesday. “As a result, Michigan will begin the process to establish PFAS drinking water standards that protect public health and the environment.”

Whitmer indicated the process would be accelerated and ready for public comment by Oct 1. Some Republicans and industry groups, however, are already signaling objections, saying Michigan should defer to federal regulators.

Like most states and the federal government, Michigan lacks a standard for PFAS, which is shorthand for per- and polyfluoroalkyl substances that were used in a variety of household and industrial products.  Without a standard, Michigan regulators lack leverage to force water systems to address contamination.

The DEQ this year found PFAS at various levels in 119 of the state’s 1,114 public water systems, as part of a $1.7 million sampling effort.

Used in products including Teflon and Scotchgard, PFAS is linked to low birth weights, immune system troubles, thyroid problems and cancer. It was used extensively on military bases in firefighting foam, and a growing number of veterans fear exposure caused health problems.

“I commend Gov. Whitmer for directing swift action to protect our drinking water, our children and our families,” said Anthony Spaniola, a Troy attorney who has become an advocate for Michiganders affected by PFAS.

“As other states like Vermont and New Jersey are implementing health-based PFAS standards, Michigan must move to the forefront on this critically important issue. The science has clearly shown that PFAS chemicals pose serious threats to the most vulnerable among us, particularly pregnant women and children.”

Whitmer’s move comes as some Republican leaders have expressed skepticism the state has enough information to establish a PFAS standard.

“It is not clear to me that we’ve created a situation where we know what to do with that level,” Senate Majority Leader Mike Shirkey told reporters in February. “And that's what I mean about we need to increase our wisdom before we make any decisions.”

On Tuesday, Shirkey issued a statement that lauded the state’s previous actions on PFAS and added that it’s “imperative that governments rely on scientific research and facts to establish standards for drinking water.”

“The governor’s proposed rule will be vetted and scrutinized by the Senate and will be subject to the regular rule-making process,” Shirkey said.

In the House, Rep. Gary Howell, R-North Branch and chairman of the Natural Resources Committee, told Bridge this month that setting a drinking water standard for PFAS is one of his top issues, and he awaits direction from Whitmer.

The group’s executive director, John Dulmes, noted the vast majority of state water systems tested negative for any traces of the chemicals.

“We believe the EPA and other federal agencies are ultimately best-positioned to develop such rules, and have reinforced their commitment to do so,” Dulmes said in a statement.

“For that reason, we urge the Whitmer administration to ensure that science – not politics – is at the front and center of this proposed process.”

In the absence of a statewide standard, Michigan regulators generally have referred to an advisory from the U.S. EPA of 70 parts per trillion for combined levels of PFOS and PFOA, two more well-understood types of PFAS. (One  part per trillion is akin to a grain of sand in a swimming pool.)

In June, however, another federal agency offered different guidance.

In Michigan, state Rep. Winnie Brinks, D-Grand Rapids, introduced stalled legislation the past two years drinking water standard for PFAS at 5 parts per trillion, lower than any other state.

Setting a drinking water standard is a multi-million dollar proposition that would force contaminated systems to install special filtration systems or switch to cleaner water sources.

In a 2017 proposal, New Jersey estimated public drinking water systems would pay about $2,000 for quarterly testing in the first year.

And prices for a “granular activated carbon” system that could filter out PFAS ranged from $500,000 to $1 million, according to New Jersey’s Drinking Water Quality Institute, a state research panel.

Keith Cooper, chairman of the institute and a Rutgers University professor, told Bridge last year that New Jersey minimized disruption among utilities by phasing in its standards.

“A lot of the water purveyors knew this was coming already,” he said.

Left uncertain is whether Whitmer will face roadblocks from a new state law discouraging regulations stricter than those of the federal government.

“That’s something that we have to be mindful of and figure out how to navigate,” Whitmer told reporters Tuesday.

In last year’s lame duck session, Michigan Republicans narrowly passed a law barring agencies from crafting rules tougher than Washington’s unless they show a “clear and convincing” need due to “exceptional circumstances.”

Republicans said the measure would bolster transparency by requiring agencies to more clearly explain the need for new regulations. Democrats and environmentalists called the “clear and convincing” standard a high bar to meet in court, saying the law makes agencies more vulnerable to litigation.

Bill sponsor Rep. Triston Cole, R-Mancelona, said it would not affect PFAS rulemaking or other regulations where no federal standards exist. But Nick Occhipinti, government affairs director for the Michigan League of Conservation Voters, is among critics who say there’s no way to know for sure — until the dispute ends up in court because the law's language is so broad. 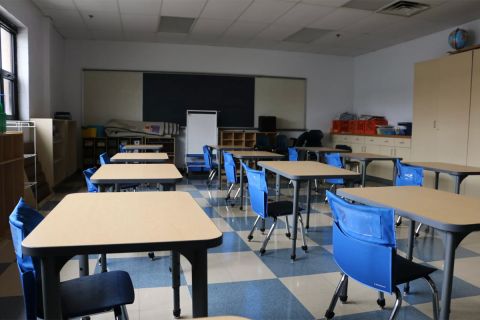 Ten months after she ordered all schools to close to try to stem the spread of the coronavirus, the governor said it’s time to plan for reopening classes. Recent studies show schools can remain safe with certain precautions, while there can be a heavy price for keeping children isolated. 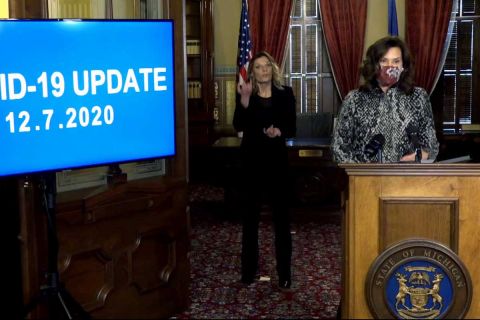 The extension keeps bowling alleys, casinos and other businesses closed and bans indoor service at bars and restaurants while Whitmer again calls on the GOP Legislature for more unemployment aid and a mask mandate.

Why would the GOP want to protect poisonous PFAS and allow them to continue to be poured into our environment? WHY?