Down but not out, Trump caps campaign with massive Grand Rapids rally

Michigan Government
Down but not out, Trump caps campaign with massive Grand Rapids rally

GRAND RAPIDS — Looking out over a sea of supporters during his final scheduled campaign appearance, Republican President Donald Trump cast aside speculation he could lose Michigan, a state that is key to his re-election strategy.

"This is a poll," he announced, contrasting the massive crowd with public opinion surveys showing him trailing Democratic nominee Joe Biden by 7 points in Michigan and facing long odds nationwide.

Trump raged, waxed nostalgic, bragged ("You’re so lucky I’ve agreed to be your president”) and railed against “fake scandals” to thousands of supporters in a speech that began late Monday and stretched well into the first hour of Election Day at Gerald R. Ford International Airport  in Grand Rapids.

The president professed his love for Grand Rapids, where he also capped his 2016 campaign with a similarly large rally at the downtown DeVos Place conference center.

Speaking early Tuesday, the president acknowledged his return to the city was an attempt to replicate the dynamics that propelled him to a 10,704-vote Michigan upset over Democrat Hillary Clinton four years ago.

"We can be a little superstitious, right?" he said. "I think we're going to have a tremendous victory in Michigan." 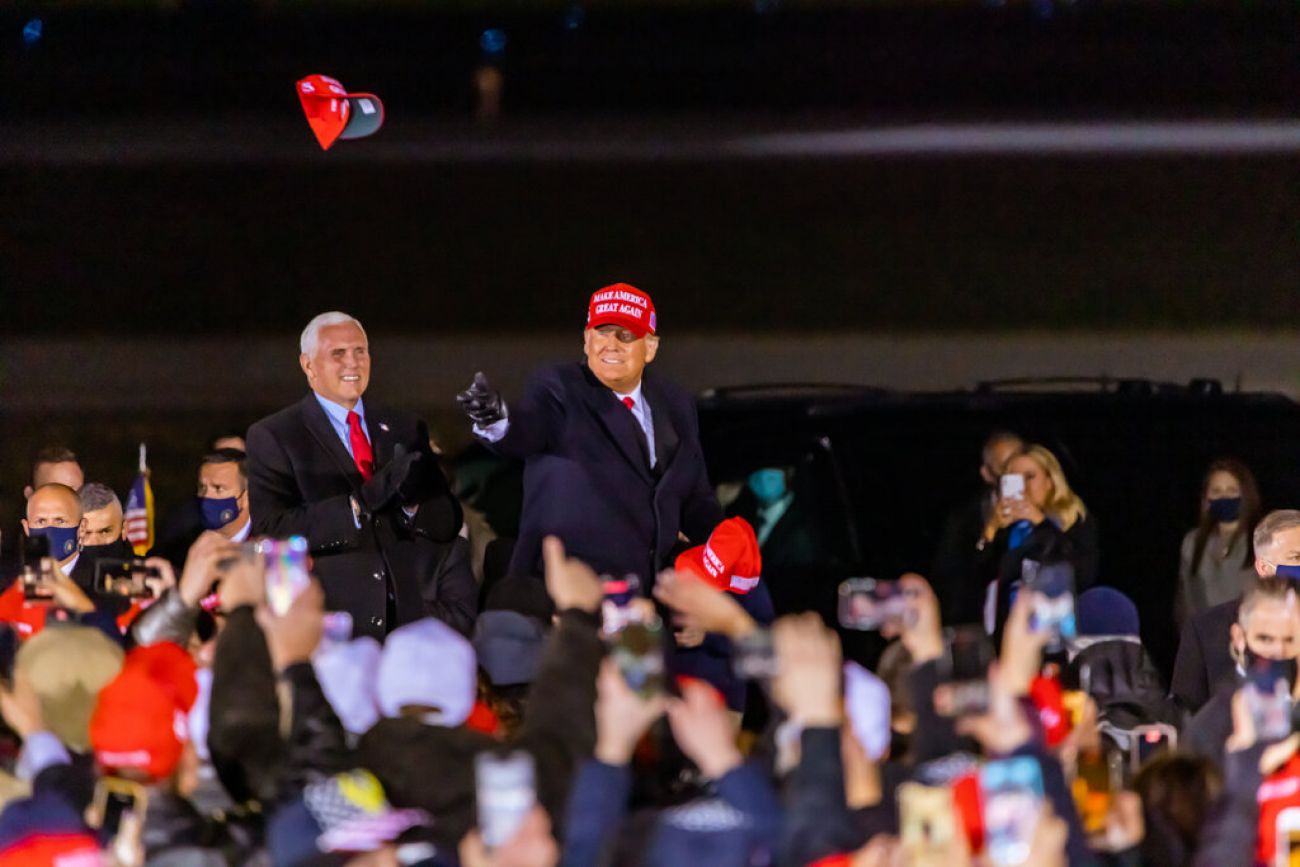 Unlike his 2016 stop in Grand Rapids, Trump held his rally outdoors because of the COVID-19 pandemic, which has killed more than 231,000 Americans and has become a defining issue in the campaign.

But many of his supporters ignored public health recommendations and didn’t wear masks in Grand Rapids, the final stop in a four-day blitz in which the president held 17 campaign rallies in eight states, including a Friday event in Oakland County and a quick trip to Traverse City earlier Monday.

Biden and former President Barack Obama rallied Michigan voters in Flint and Detroit on Saturday. Vice presidential nominee Kamala Harris is expected in metro Detroit on Tuesday to help get out the vote.

Trump used his final rally before Michigan polling places opened for in-person voting to air a familiar list of grievances.

He railed against what called "fake investigations" and a "fake impeachment" led by House Democrats, who determined he had inappropriately used his office to pressure Ukraine into investigating Biden for political gain.

The president downplayed 2016 election meddling as a "Russian hoax," shifted blame for the nation's ongoing COVID crisis by railing against the "China plague" and claimed that a "deep state" had conspired to thwart his early agenda in the "depraved swamp" of Washington D.C.

"I don't want to act like a complainer, but it’s a totally rigged deal," Trump said. 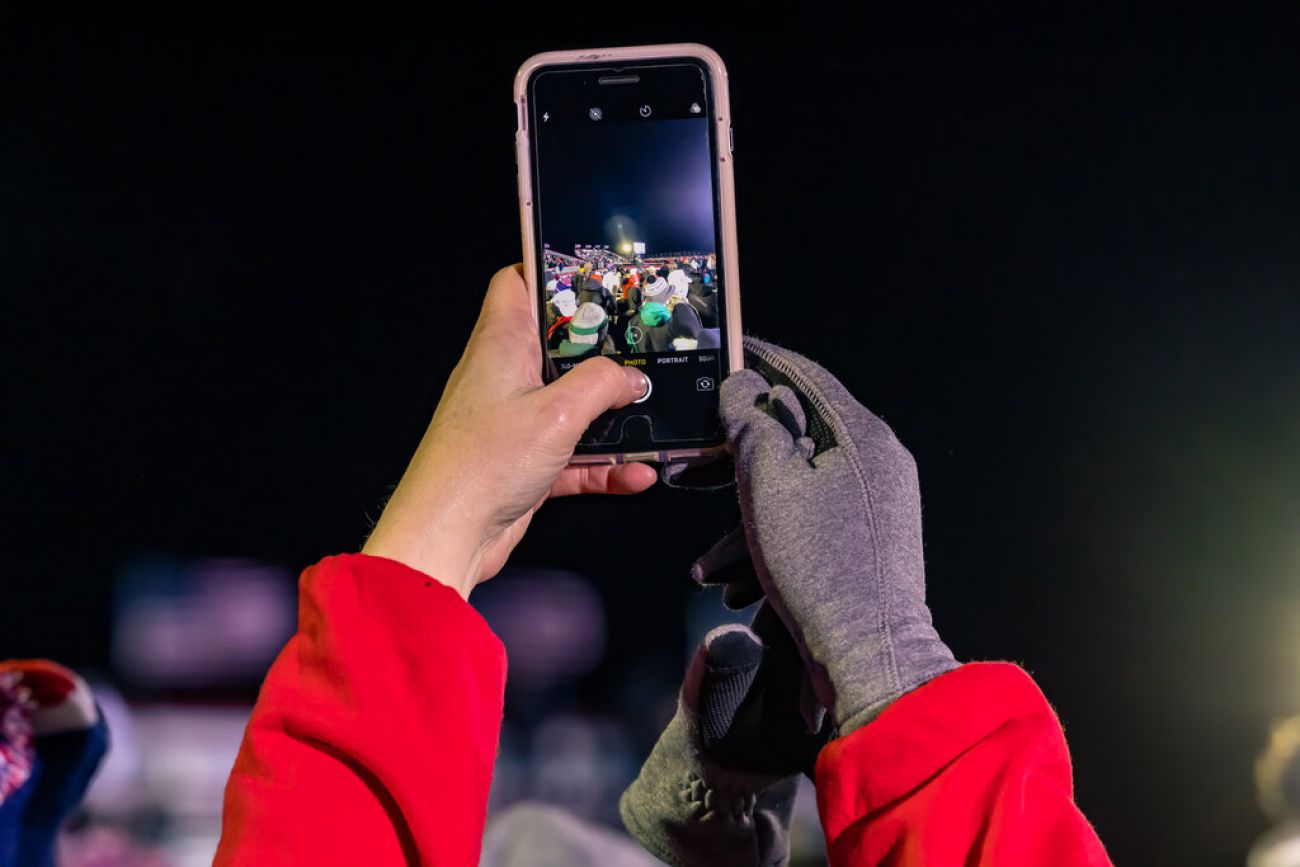 The president returned to a repeatedly debunked claim that he was once named Michigan's "man of the year." He also exaggerated what has been a real series of auto industry investments in the state and claimed the pre-COVID economy had been the greatest "in the history of the world."

A former reality television star, Trump has always seemed most comfortable in front of an audience. And in what could be his last presidential campaign speech ever, Trump told his fans how important they are to him personally.

As supporters broke out into chants of "we love you," Trump returned the compliment: "I love you, too."

Being president is "not easy," he said. "But there's nothing I've ever enjoyed more in my life."

"No matter what happens tomorrow, I'm very proud of you all," Trump told his kids before pivoting to a joke.

Kent County is a pivotal region in Michigan’s evolving political landscape. A longtime Republican stronghold, it’s trending toward Democrats, as cities including Grand Rapids and inner-ring suburbs like Kentwood abandon the GOP.

Trump won Kent County by 3 percentage points in 2016 but Democratic Gov. Gretchen Whitmer carried it by 4 points in 2018.

The area is also home to a key congressional race between Republican grocery store heir Peter Meijer and Democratic attorney Hillary Scholten. They are competing to replace U.S. Rep. Justin Amash, who left the GOP in 2019 after calling for Trump’s impeachment and is not seeking re-election.

Kent County is also in the midst of a COVID-19 surge. It’s averaged 350 new cases per day over the past week, the second-most number in the state. The county-wide test positivity rate climbed to 7.8 percent, well above the 3 percent threshold that state officials consider a threat. 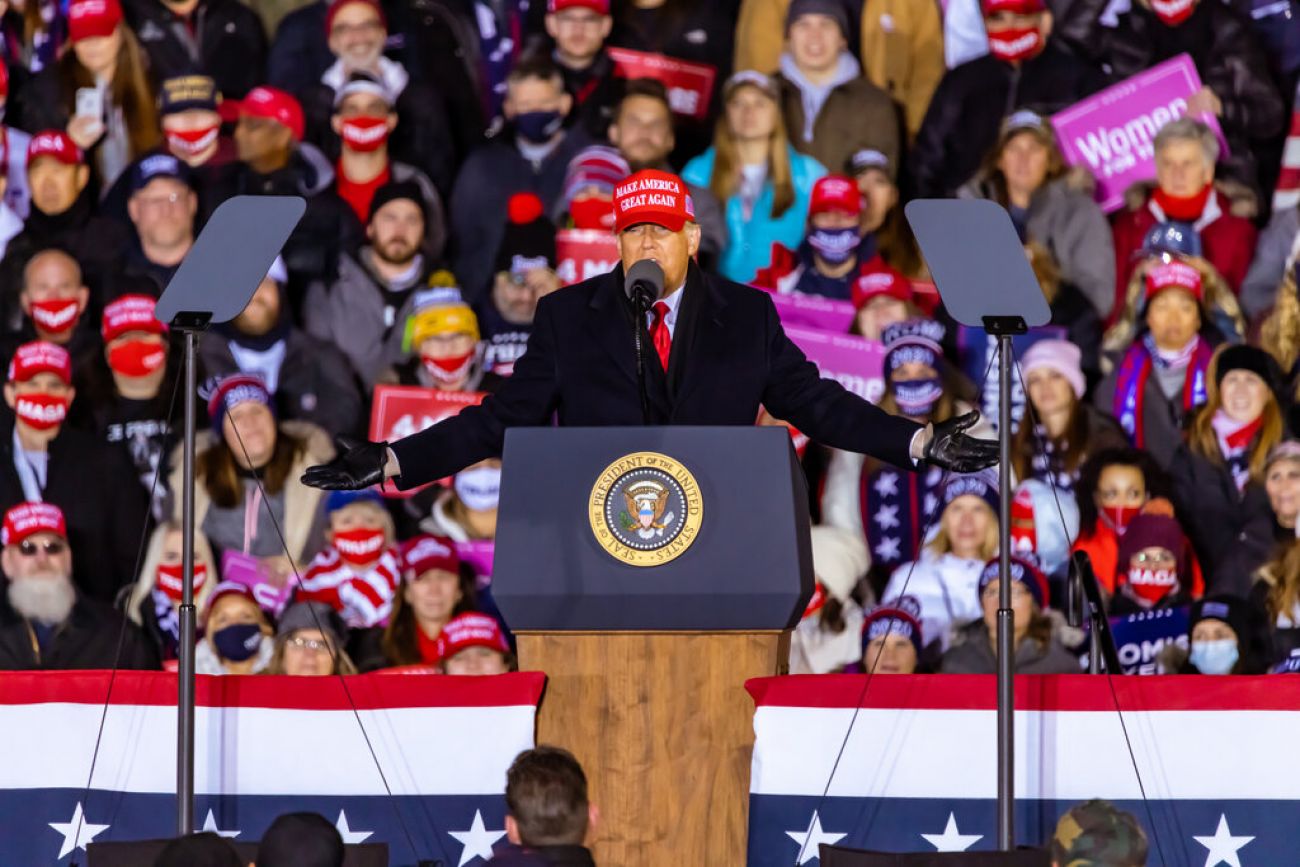 As of Monday, Spectrum Health, one of west Michigan’s largest hospital systems, was at 71 percent capacity while caring for 183 COVID-19 patients, including 40 in intensive care.

Public health officials have cautioned Trump against holding large rallies — even outdoors — because of the potential for spread among maskless supporters. In a recently released analysis, Stanford University economists concluded the rallies have likely led to higher local case rates.

“The president is making things worse when he holds these superspreader events,” Dr. Harlan Holman, a Grand Rapids family physician, said in a Monday morning press call organized by the Committee to Protect Medicare, whose members blasted Trump for rallying in Traverse City and Grand Rapids.

With Trump's first term nearing an end, supporters who repeatedly broke into chants of "four more years" told Bridge they could hardly imagine a future in which the president did not win a second term.

Wall and her wife wore matching “lesbians for Trump” sweatshirts to the rally. The president "isn’t necessarily proactively helping us, but he’s not hurting us either,” she said of gay Michiganders. “I have to look at the greater good of the country, not just our community, and I think people forget that.”

Wall credited Trump with building an “amazing” economy before COVID-19, which she said led to pandemic-related layoffs for both her and her wife.

“It’s the first time I’ve been on unemployment in my life, but Trump has made it easy for us to be on it and easy for us to get the extra money when we’ve needed it,” she said. “To be honest, I think he is the only man that would have got us through it.”

If Trump is ousted, “I’m worried about trade with other countries and politics going back to the way it was before — selling out the American people,” said Tony Vitale of Riverview.

He and his wife drove three-plus hours from Downriver Detroit for their first Trump rally. Parking lot license plates suggested some supporters drove from neighboring states like Ohio and Illinois.

A retired IBM database administrator, Vitale told Bridge he saw first-hand the impact of outsourcing when his company shipped jobs overseas. He praised Trump for renegotiating trade deals and said the pre-COVID economy had helped him boost his retirement income.

“I don’t have a pension because IBM took that away from me, so all I got is a 401k,” Vitale said.  “That’s my livelihood for the rest of my life, and I’m pretty pleased with it right now.”