“I gotta tell you, I’m running because when I look at what some politicians are doing across our country — let’s talk about Gov. (Gretchen) Whitmer, she follows different rules,” Craig told the network's Tucker Carlson late Wednesday.

The national television appearance came hours after the Republican Craig announced he will embark on a listening tour this summer to “gain a greater understanding of each other as we prepare for the formal launch of the campaign this fall.”

His campaign said a formal announcement is likely after Labor Day. On Wednesday, his campaign launched a website, social media pages and a video.

“As governor I will lead from the front.  No more rules for thee, but not for me,” Craig said in a statement. “No more seeking favoritism for your boat, sneaking off on trips to Florida while telling others to stay home, or partying in a college bar during a partial shutdown.”

He referenced the COVID-19 controversies of Whitmer, a first-term Democrat. She has attracted criticism for her trip to Florida on a private jet in March when her administration was advising people to not travel and a visit to an East Lansing bar with friends in May when they appeared to violate capacity limits.

Craig has made speeches at Republican events for the last few weeks. On Monday in Grand Rapids, he slammed Whitmer for closing schools during the pandemic, while he used a speech in Jackson in early July to explain his transformation into a Republican.

Craig, 65, recently retired after eight years as Detroit police chief and is widely seen as presumptive a front-runner in a GOP field for the 2022 election that includes conservative media personality Tudor Dixon and Kalamazoo-area chiropractor Garrett Soldano.

Earlier this week, longtime Republican strategist Jeff Timmer filed a complaint with the Michigan Secretary of State alleging Craig had violated campaign finance laws because he has been receiving contributions and making expenditures without a registered candidate committee.

“James Craig has manufactured and exploited a gray area …(because he has) operated like a candidate and expended resources without formally filing as one,” said Timmer, a senior adviser of The Lincoln Project, a political action committee that was formed to defeat former President Donald Trump.

Lansing election lawyer Steven Liedel noted Wednesday on Twitter that there is “no such thing as an exploratory committee under Michigan law (unlike federal).”

“Under Michigan law he is a candidate for Governor,” wrote Liedel, who served in the administration of former Democratic Gov. Jennifer Granholm.

A request for comment was not immediately returned by Craig’s campaign.

But there’s been a lot of excitement from Republicans.

He’s also been vocal lately about criticizing Whitmer’s pandemic orders, although as chief in Detroit, his department was vigorous in enforcing them, writing hundreds of tickets to violators throughout the pandemic.

"You can't change the world sitting at home in your pajamas getting free money waiting on Queen Gretchen to issue her royal decree,” Craig said during a political event in Kent County Monday.

Not all Republicans are sold, as the news site MIRS last week reported that some are still trying to woo former U.S. Secretary of Education Betsy DeVos into the race.

Corwin Smidt, interim chair of the department of political science at Michigan State University, told Bridge Michigan there is a chance Craig could avoid answering such questions, while still energizing the GOP.

“He can just flip the switch to the Black Lives Matter protests, and that sort of thing and they won't care what he says about the election because he's kind of speaking on another issue that's kind of partisan and racially charged that they would be willing to buy into and support,” Smidt said.

Craig has become a favorite of conservative news sites nationally for his handling of Black Lives Matter protests in Detroit last year. Unlike other cities, Detroit avoided rioting but there are four outstanding lawsuits involving Craig that contend officers illegally beat and choked protestors, as BridgeDetroit reported this month.

Smidt added the Republican Party is trying to bridge beyond its core constituency, but that it's unclear how Craig could accomplish that.

“So far, right now what he's saying a lot is kind of a personal story and sort of an endorsement of things that are kind of bread and butter Republican issues,” Smidt said. “So it doesn't really seem like he's adding a different perspective to the party.”

As Craig tries to coalesce Republicans around him, meanwhile, Whitmer has raised $8.5 million this cycle and has more than $10 million in cash, according to a statement from her campaign this week.

“This record-breaking fundraising achievement shows that Michiganders understand Gov. Whitmer is a tireless fighter who puts Michigan first,” said Brieann Sauer, finance director for the Whitmer for Governor Campaign. “The campaign is well-positioned to communicate the governor’s proven track record of standing up for middle-class families, rebuilding the Michigan economy, making the largest investment in K-12 education in our state’s history without raising taxes, and fixing the damn roads.”

An incumbent Michigan governor hasn’t lost re-election since 1990 when then-Gov. Jim Blanchard was denied a third term, and no incumbent has lost since voters approved a two-term limit. 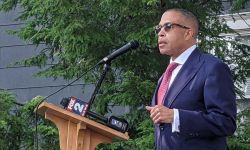 May 11, 2022 | Jonathan Oosting in
Michigan Government 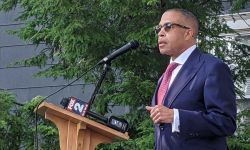 May 5, 2022 | Jonathan Oosting in
Michigan Government 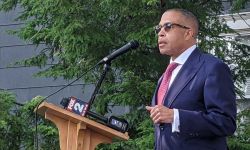