Three days before the Nov. 3 election, President-elect Joe Biden arrived in Flint, alongside former President Barack Obama with a message for Michiganders.

"We’ve got a lot of work to do,” he told the crowd at the drive-in event. "If I’m elected your president, we’re going to do it. We’re going to act. . . On day one of my presidency, I’ll put in action a plan I’ve been talking about for months,” he said.

In repeated visits to Michigan before winning the state by 154,000, Biden made four specific promises to the state, pledging to protect the Great Lakes, invest in the auto industry, improve the coronavirus response and expand health care options.

On Wednesday, three hours before his inauguration in Washington, D.C., Biden announced plans to deliver on a host of policy promises just hours after being sworn in at noon.

Experts said some of the proposals are a highly ambitious attempt to tackle a host of problems that Biden will inherit during one of the nation’s greatest financial and health crises.

Much of his first months in office could be spent working to reverse Trump’s rollbacks of environmental, automotive and health care policies which he accomplished by “pushing the limits of executive power,” said Adrian Hemond, CEO of the Lansing-based consulting firm Grassroots Midwest.

“If the Biden administration wants to do that, there’s obviously a lot of things they can undo or swing in the other direction,” he said.

He’ll be assisted by a new Democratic majority in Congress after Georgia Democrats secured two seats in the Senate, making for a 50-50 tie with Vice President Kamala Harris serving as the tie breaker.

But even with a Democratic majority, policy expectations should be tempered, said John Sellek, a Republican public relations adviser from Michigan.

“When we enter any presidency, there's an almost irrational level of hope that things can change,” he said.

But the bar is “really low right now for improving government competence,” Sellek said. He said Biden “has a real opportunity” to take action with important measures such as a COVID-19 distribution plan to improve the public’s faith in government.

On the day of Joe Biden’s inauguration, here’s a look at four promises he made to Michiganders and his chances of success.

While Michigan’s COVID-19 cases hit a three-month low this week, and hospitalization rates are declining, its ability to deliver the vaccine is mediocre: The state ranks 30th in terms of vaccination per 100,000 people.

Gov. Gretchen Whitmer has criticized the federal government for “slow-walking the distribution” of the vaccine, and has called on more support for local and state governments, while Republicans in Michigan blame her for the hiccups.

On Friday, Biden unveiled a five-part vaccination plan that includes expanding eligibility to frontline and essential workers and those older than 65; using the Federal Emergency Management Agency and the National Guard to open more sites for vaccination; hiring more workers to deliver the vaccine; increasing supply and creating a public-health campaign stressing the safety of the vaccine and encouraging people to wear masks.

The $20 billion plan is a part of the $1.9 trillion COVID-19 relief package that Biden proposed last week.

Experts are optimistic that Biden will do more than Trump to coordinate a distribution plan and better communicate with states about vaccine supply availability.

Sellek, the GOP consultant, said Congress is likely to pass some form of federal funding for vaccine distribution since Republicans will be “hard pressed to vote no” on the measure.

“I don't think they want to or can politically afford to not invest in a COVID vaccine distribution system,” he said.

But even with federal funding, Biden’s plan is “not a silver bullet,” for vaccine efforts which present major logistical challenges for local governments, said Tom Buchmueller, a professor of business economics and public policy at the University of Michigan.

“So far, several different states have taken different approaches, and no one's really happy with the results yet,” he said.

In Michigan, Biden focused much of his campaign on his plan to “ensure the future is Made in America.”

“Make it in Michigan. Make it in America. Invest in our communities and the workers in places like Warren,” he said during a Sep. 9 campaign rally outside a United Auto Workers regional office in Warren.

His proposals are two-fold: investing $400 billion in the transition to clean energy and incentivizing U.S. companies to create jobs at home. He has proposed a 10 percent tax penalty for outsourcing work to other countries and a 10 percent tax credit to compensate businesses that make investments in American jobs.

He has also said he plans to create 1 million auto industry jobs while working to achieve net-zero emissions by 2050.

John Walsh, president and CEO of the Michigan Manufacturers Association, said that’s a “wonderful goal” that will be difficult to achieve.

“Our manufacturers work very hard to keep their emissions at a minimum, but additional regulations at a rapid pace stifle economic growth,” Walsh said.

Workforce shortages in Michigan present additional challenges to the clean energy transition and Biden’s plan for a million jobs, he added.

While there is some bipartisan support for clean air and energy measures in Congress, the changes could also create high costs in taxpayer money for the average citizen during a difficult financial period, said David Cole, the founder of the Center for Automotive Research.

Sellek said the switch to clean energy may amount to a “complicated dance” for the president, as he pushes new fuel economy standards for an industry that is behind in the clean energy transition.

“The question will be, as Biden’s leading the industry forward, is he going too fast? Are they going to trip? Or can they work out some kind of path to a mutual goal at the end but not stumble in the meantime?”

“What happened in Flint will never happen again,” Biden said at a rally in the city three days before Election Day, referring to the contamination of drinking water in 2014.

The administration also plans to designate per- and polyfluoroalkyl substances (PFAS) — chemicals that are found in over 100 million Americans’ drinking water in Michigan and several other states which are known to cause cancer — as a hazardous substance and set limits for the chemical in the Safe Drinking Water Act.

Environmental activists said they’re hopeful about the new administration's plans to prioritize the purification of the nation’s waters as a part of a broader plan to reinstate environmental regulations and invest in clean resources.

While a Democratic majority in Congress could help move funding measures forward, there has always been bipartisan support for Great Lakes protections in Congress, said Chad Lord, policy director for Healing Our Waters Great Lakes Coalition.

But the measures also require investment on a local and state level, and activists will have to be patient for some regulatory changes, he added. He said government agencies have lengthy processes for rewriting the measures the Trump administration put into place.

Still, the incoming administration has “identified what some of the key problems are, and we are hopeful that they will join the majority of the public which supports more protections for our region and for the nation's waters,” Lord said.

During an Oct. 16 rally in Southfield, Biden told supporters that the passage of the Affordable Care Act ten years ago reduced the rate of Michiganders without health insurance by 55 percent.

“We’ll build on the Affordable Care Act. . . . I’ll take care of your health coverage the same way I would my own family,” Biden said.

Michigan is home to 800,000 residents who have insurance through the state’s expanded Medicaid program, which provides coverage through the Affordable Care Act.

While health care experts said Biden has the potential to break ground with his plans for reform, they said he probably won’t be able to deliver on some of his biggest promises.

Much of his actions will likely involve “undoing the undoing” of the Affordable Care Act during the past four years of the Trump administration, said Mark Fendrick, director of the University of Michigan’s Center for Value-Based Insurance Design.

Through this executive power, he could restore the open enrollment period for the Affordable Care Act to three months after the Trump administration slashed it to six weeks, increase funding for marketing and enrollment assistance for the program, and get rid of Medicaid work requirements that strip health coverage away from those who haven’t engaged in work-related activities for a certain number of months, Fendrick said.

But for some reforms, he’ll need to build consensus to gain bipartisan approval in Congress.

Experts said Democrats’ slim majority likely won’t be sufficient to carry Biden’s most prominent health care campaign promise: a “Medicare-like” public health insurance option for all — which has drawn criticism from lawmakers on both sides of the aisle. 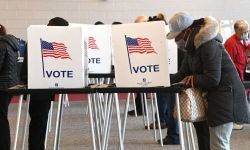