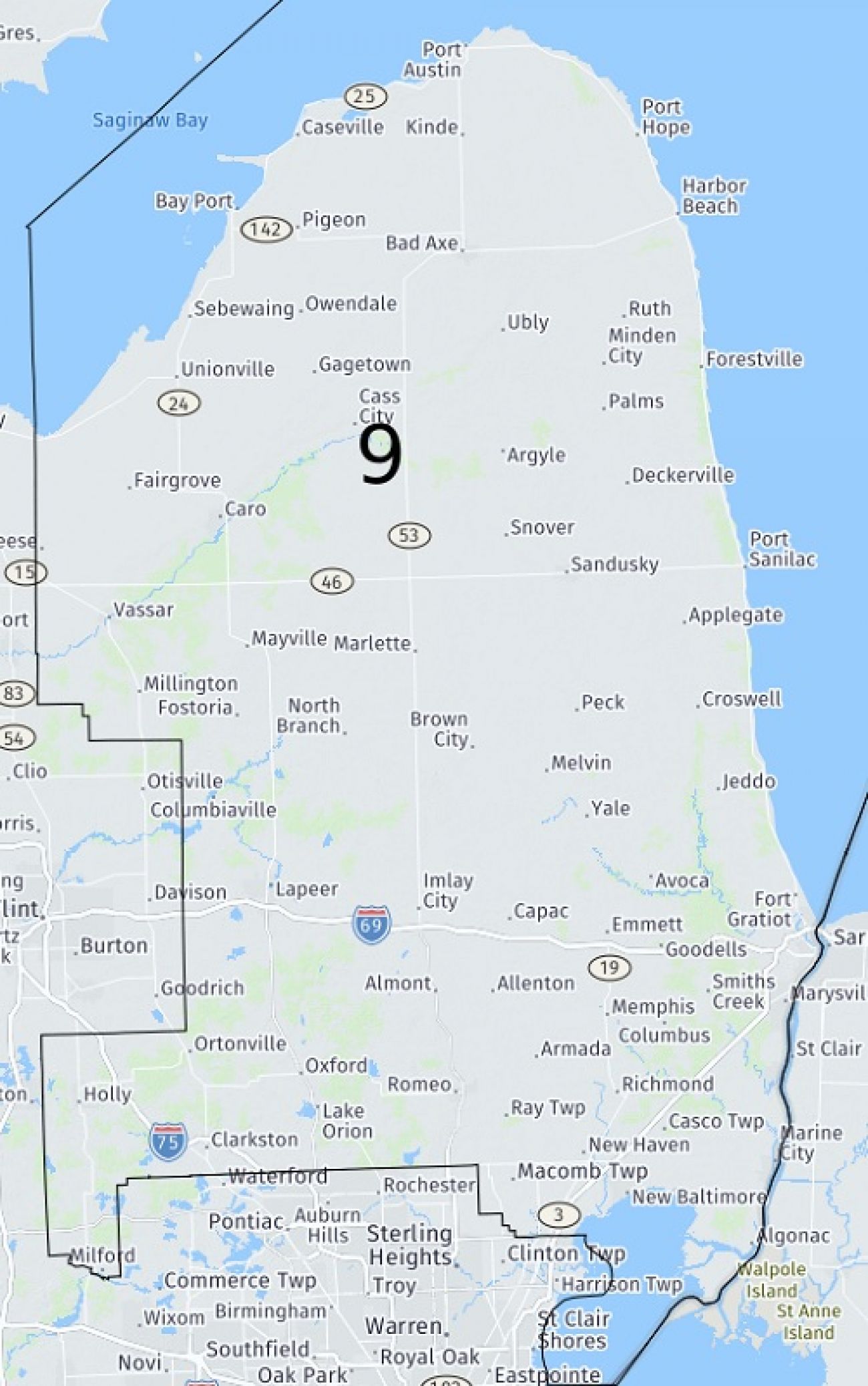 Endorsed by Trump, McClain sought an investigation into the 2020 election results. Her priorities include reducing taxes and business regulations, enacting congressional term limits, allowing health care coverage to be purchased across state lines and balancing the federal budget.

Democrat Brian Jaye is challenging McClain. Previously, Jaye, an attorney who owns a vintage toy store, unsuccessfully ran for the Michigan State Board of Education.

Libertarian Jacob Kelts and Jim Walkowicz of the Working Class Party are also on the ballot.

Similar to the district McClain currently represents, the new 9th Congressional District covers Michigan’s Thumb region and extends into northern Macomb County. The new district picks up northern Oakland County but does not extend as far into Macomb County as the current district.

Already representing a conservative area, McClain’s district picked up ideologically similar territory during the redistricting process and is solidly Republican.