Incumbent U.S. Rep. Dan Kildee, D-Flint Township, is in for one of his most competitive general election races yet on Nov. 8.

Kildee, who is running for his sixth term in Congress, served in many local government positions before beginning his congressional career. He succeeded his uncle, former U.S. Rep. Dale Kildee, after his retirement in 2012. 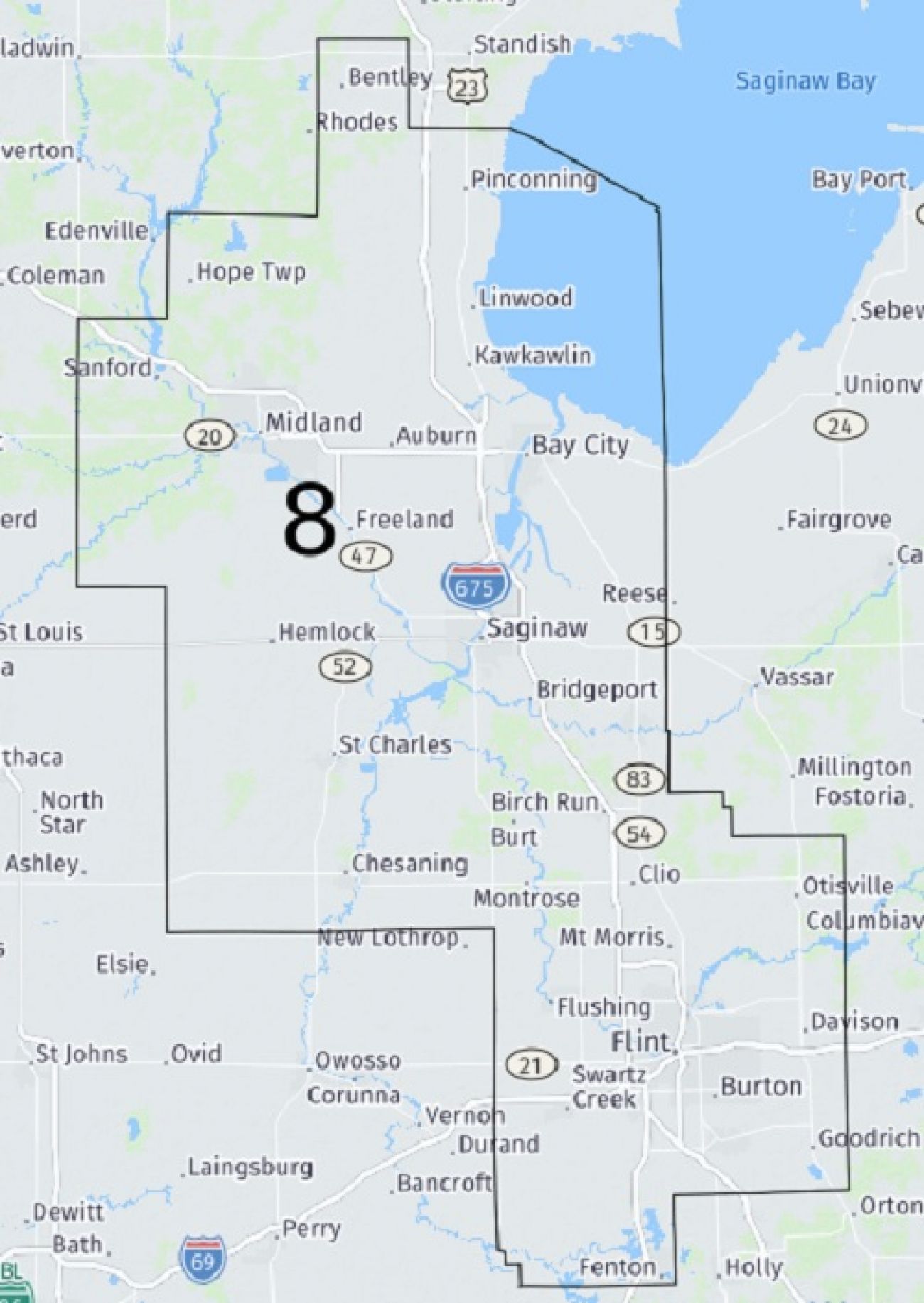 While in Congress, Kildee has supported economic relief bills to combat COVID-19, securing funding for infrastructure and blight removal, responding to the Flint water crisis and cleaning up per- and polyfluoroalkyl substances. He serves as chief deputy whip on the House Democrats’ leadership team and serves on the Ways and Means, Budget and the Science, Space and Technology committees.

He faces Republican Paul Junge of Fenton, who in August was the victor in a three-way primary in August.

Junge worked at U.S. Citizenship and Immigration Services under former President Donald Trump’s administration and as a prosecutor, TV news anchor and with his family business. In 2020, he unsuccessfully ran against incumbent U.S. Rep. Elissa Slotkin.

The district Kildee currently represents includes Flint, Bay City and Saginaw and extends northward along Lake Huron up to Oscoda.

The new 8th Congressional District lost some of that northern territory and now extends west to include Midland and additional ground in rural Saginaw County but still covers the Tri-Cities region.

This district is expected to be competitive, as political winds have shifted in the region. While the cities of Flint, Saginaw and Bay City have remained Democratic, suburbs in Bay, Genesee and Saginaw counties have been trending more conservative over the last several election cycles.

Kildee has an incumbent advantage, but Junge could have a shot at flipping the district if political headwinds are good for Republicans.

The Cook Political Report considers the race a toss-up.