“That wasn’t Trump people,” Shirkey said in an hour-long meeting with Hillsdale GOP leaders, who secretly recorded a video and published it to YouTube the next day.

“That’s been a hoax from day one. That was all pre-arranged. They came in on separate buses... Why wasn’t there more security? It was ridiculous. It was all staged.”

In the conversation, Shirkey dismissed claims of massive election fraud in Michigan that President Donald Trump had alleged, but the top ranking Republican in the state Senate suggested the Capitol riots were spurred by a conspiracy that involved U.S. Senate GOP Leader Mitch McConnell and unseen “puppeteers” operating above elected officials.

“I think they wanted to have a mess,” he said.

Multiple Michigan residents have been arrested on claims they were involved in the insurrection, including men with deep allegiances to Trump. The former president is out of office but faces a second impeachment trial for allegedly inciting the riots in which five people were killed.

Shirkey “is unfit for office” and “should resign,” he said.

Considered a potential 2022 gubernatorial candidate, Shirkey was already facing criticism from over a separate meeting with Michigan militia leaders last year. The week-old video emerged Tuesday hours after the Michigan Democratic Party had called on Shirkey to resign over what the New York Times described as a GOP alliance with militant groups.

The Senate leader had requested a sit-down ahead of the Hillsdale County Republican Party’s Feb. 4 meeting, where activists voted to formally censure Shirkey for a variety of grievances, including his support for an open-carry gun ban at the Michigan Capitol and his “complete and utter surrender” to Whitmer and her COVID-19 health orders.

But seated in a diner with recently elected Hillsdale GOP Chair Daren Wiseley, party Secretary Jon Smith and one other party member, Shirkey argued the Michigan Legislature had done all it could to fight Whitmer.

He noted Republicans won a lawsuit challenging her authority to issue health orders under a 1945 emergency powers law, and he noted recent budget fights and Senate votes to block more than a dozen Whitmer appointees.

“Hey Mike: Stop sexualizing the Governor of the State of Michigan,” Ingham County Clerk Barb Byrum, a Democrat and former state legislator, wrote on Twitter. “Your casual misogyny has no place in the 21st century… or the 20th century, for that matter.”

Shirkey apologized for the comments late Tuesday, acknowledging he “said some things in a videoed conversation that are not fitting for the role I am privileged to serve.”

“I own that,” Shirkey said in a statement. “ I have many flaws.  Being passionate coupled with an occasional lapse in restraint of tongue are at least two of them.  I regret the words I chose, and I apologize for my insensitive comments.”

Earlier this week, spokesperson Amber McCann told MLive that the Hillsdale GOP censure vote reminded Shirkey of a quote: “You have enemies? Good. That means you’ve stood up for something, sometime in your life.”

Smith, the Hillsdale GOP secretary, confirmed he filmed the Feb. 3 meeting because he was concerned Shirkey would "sell us or try lying to us, and that's exactly what he tried to do."

He published it on the YouTube account he had set up for a podcast he used to host, Smith told Bridge Michigan.

The video provides a rare glimpse of a top state politician speaking in political terms to members of his own political party, albeit ones he strongly disagreed with. At the onset, Shirkey made clear he thought the new local GOP leaders were “dragging the whole damn county in a bad direction” and suggested they’ll “end up having no influence” on anything.

“I could give a shit” about the censure resolution, Shirkey told them.

No one has called him to defend Shirkey, he said. “Not yet.”

Other notable exchanges documented in the video:

Guns: Shirkey defended his support for a prohibition on openly carried guns at the Michigan Capitol, reminding the Hillsdale GOP officials that Democratic Attorney General Dana Nessel had issued a legal opinion saying the state Capitol Commission could ban guns without the Legislature’s approval. “They were this close to banning all guns, putting metal detectors in, you name it,” Shirkey said, describing “heavy negotiating” with the Michigan Capitol Commission to limit the ban to openly carried weapons. “People can conceal carry no problem… I think I protected everybody’s ass on that one.”

Trump doxxing: Shirkey noted that he had a new cell phone  because Trump had posted his old number on Facebook in an attempt to pressure MIchigan’s Repblican-led Legislature to overturn election results and appoint their own representatives to the Electoral College. He got 4,000 text messages in three days, Shirkey said “I was an enthusiastic (Trump) supporter until he did that, then I got a little pissed off.”

Election fraud claims: Shirkey suggested there was “definitely election fraud” in 2020, but just the “typical” amount and not enough to change the outcome of the presidential election. And he questioned the “veracity” of evidence presented by Trump attorney Rudy Giuliani, who Shirkey said was “so unorganized in his presentations.” Election officials were not ready for the “onslaught” of absentee ballots, Shirkey said, acknowledging he had personally opposed clerk requests to allow early counting. “And then there ended up being all those big interjections on election night or into the next day” when ballots were finally counted, he explained.

Detroit: President Joe Biden won Michigan because Trump struggled to connect with voters in Oakland and Kent counties, not Wayne County and Detroit, as alleged by the former president and his attorneys, Shirkey said. But Detroit election officials were “stupid” to cover the count room windows with cardboard when GOP activists barnstormed the TCF Center, he said. “The emotion in that TCF Center was so high, and it was caused by both sides, mostly related to a lack of training, in my opinion. I think people were going in there looking for a fight.”

Electoral College: Shirkey denied interest in abolishing the Electoral College even though he had reportedly co-sponsored legislation to have Michigan join a national popular vote compact. Instead, he offered support for another Electoral College reform Republicans have pushed in Michigan: Award presidential electors to the winner of each congressional district, which he said would amount to “applying federalism not just nationally, but at the state level.”

He and other Michigan Republicans are in a budget standoff with Whitmer over more than $5 billion in federal funding for COVID-19 responses, including vaccination distribution and school reopenings.

Whitmer is asking the Legislature to authorize the state to spend all the federal funds immediately, but Senate Republicans on Tuesday introduced a plan that would only spend $2 billion of the money up front, leaving additional funding subject to future negotiations. 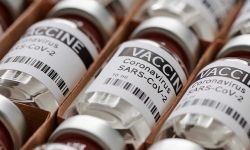 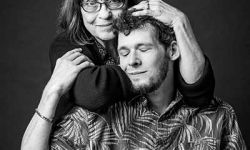