Who are the five candidates running for Michigan Supreme Court?

Michigan Government
Who are the five candidates running for Michigan Supreme Court?

One of Michigan’s most consequential elections consistently flies under the radar.

The Michigan Supreme Court is the state’s highest court and often has the final say on issues of critical importance, determining whether laws enacted by the state Legislature are constitutional, weighing in on the validity of ballot initiatives and more.

After the U.S. Supreme Court overturned Roe v. Wade this summer, the Michigan high court is poised to have a say in whether abortion is legal here and weigh in on potential restrictions.

Two state Supreme Court seats are up for grabs in November. The top two vote-getters among five candidates will be seated for eight-year terms.

The seven-member bench is currently a 4-3 split, with Democratic nominees to the bench holding a one-justice majority.

In addition to the upcoming election to determine the fate of two Supreme Court seats, Gov. Gretchen Whitmer will soon have the opportunity to nominate a replacement for Chief Justice Bridget McCormack, who announced her upcoming retirement last week.

McCormack, who is leaving her post to serve as the new president and CEO of the American Arbitration Association - International Center for Dispute Resolution, intends to step down sometime between Nov. 22 and the end of the year.

In a forum hosted by the League of Women Voters of Michigan and the Jewish Bar Association of Michigan on Wednesday, the five candidates on the ballot in November shared their background and legal experience, the perspectives they’d bring to the bench and more. Watch a recording of the forum here.

Here’s a rundown of the state Supreme Court candidates Michigan voters will see on the ballot Nov. 8 and what they had to say Wednesday:

Bernstein was first elected to the bench in 2014, becoming the state’s first blind justice. He previously worked in his family’s law firm, The Sam Bernstein Law Firm in Farmington Hills, specializing in protecting the rights of people with disabilities. 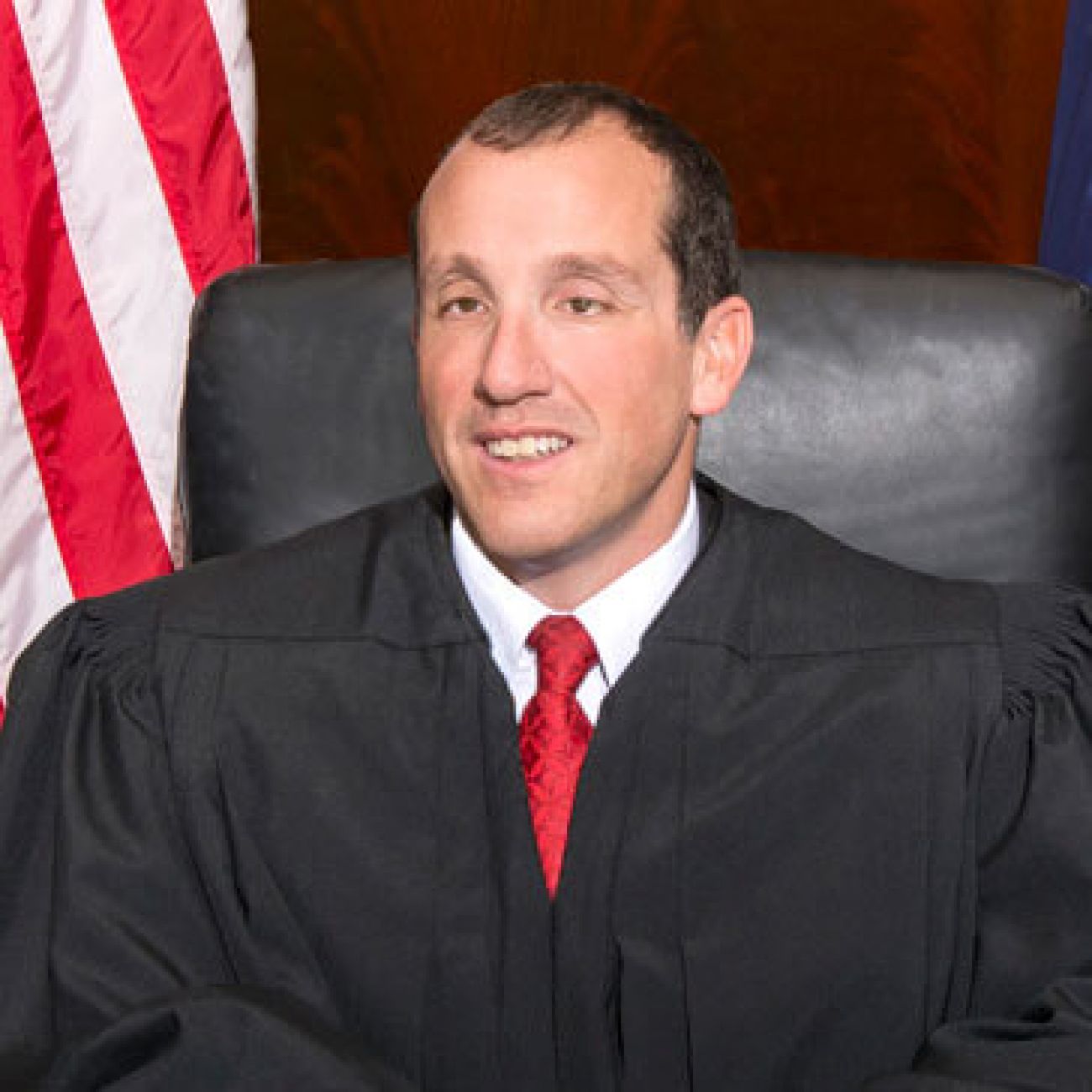 Bernstein said he’s passionate about law because he said he understands how it can make life better for people, citing his work on cases that have made it easier for people with disabilities to travel and navigate road construction.

Bernstein graduated from the University of Michigan and the Northwestern University School of Law.

In addition to his legal work, Bernstein served an eight-year term on the Wayne State University Board of Governors and as an adjunct professor in the University of Michigan’s political science department.

Bolden of Southfield is currently a Democratic state lawmaker serving her second term in the Michigan House. She serves as a member of the House Judiciary Committee and has worked on legislation reforming the state’s criminal justice and prison systems, as well as efforts to protect survivors of sexual violence. 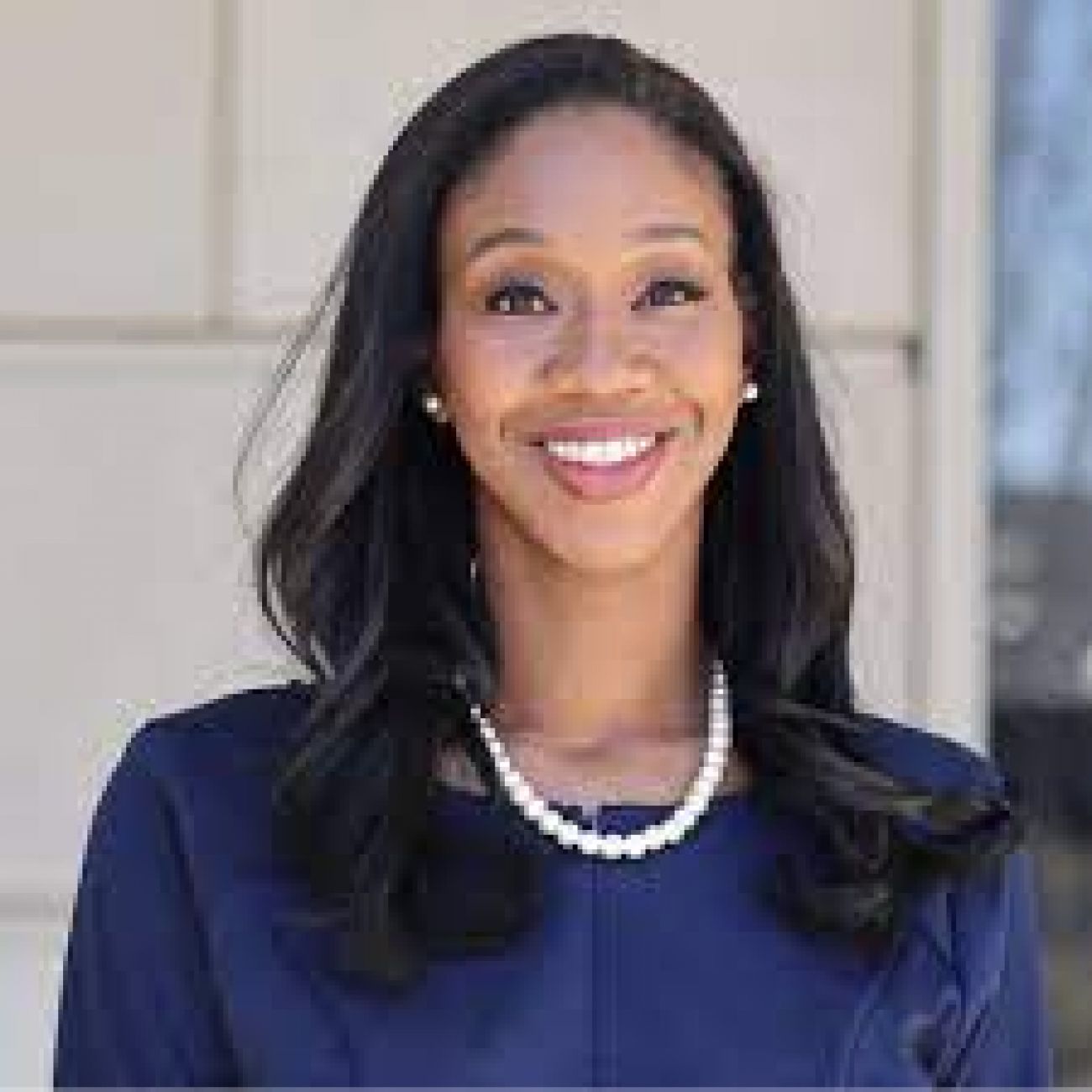 If elected, Bolden would be the only justice on the bench who had also served as a state lawmaker. Asked whether she considered herself a politician, Bolden said she did not: “I consider myself a public servant.”

Prior to her election, she was a criminal defense attorney, clerked in Wayne County’s Third Circuit Court under Judge John A. Murphy and worked as a civil litigation attorney with Lewis & Munda, P.C.

Bolden graduated from Grand Valley State University and the University of Detroit Mercy School of Law. She said she was inspired to go into law after learning the story of her great grandfather, who was lynched in Tennessee in 1939.

“It is my hope that, from injustice, a justice can be born,” she said.

Over the course of her Supreme Court candidacy, Bolden was pregnant and had a baby, an experience she said would bring a unique perspective to the court.

“I want my baby and all the children of Michigan to be proud of the Michigan that they’re going to grow up in,” she said, adding, “the stakes couldn’t be higher.”

Zahra of Northville Township was first appointed to the Michigan Supreme Court in 2011 by then-Gov. Rick Snyder. Zahra was elected to a partial term in 2012 and a full term in 2014. Supreme Court Justice Brian Zahra has been on the bench since 2011.

Zahra graduated from Wayne State University and the University of Detroit School of Law. He clerked for Judge Lawrence P. Zatkoff of the U.S. District Court for the Eastern District of Michigan before joining the Dickinson Wright law firm. He has also served as a judge in Wayne County Circuit Court and the Michigan Court of Appeals.

He said his decades of experience as an attorney and judge are invaluable to the court, noting his expertise in the interpretation of rules and administrative work of the body and his work as co-chair of the Michigan Justice for All Commission.

“I did not take my decision to seek another term lightly — I'm running because I believe I have much more to offer the people in Michigan and my colleagues on the court,” he said.

Prior to beginning his legal career, Zahra owned a small business and said the experience was helpful as he continued his work in the courts. He said his philosophy is exercising judicial restraint and said judges should “simply say what the law is, not what they think the law ought to be.”

Hudson of Kalamazoo chairs the appeals group at Miller Canfield law firm and has argued more than 150 cases in the Michigan appeals courts. 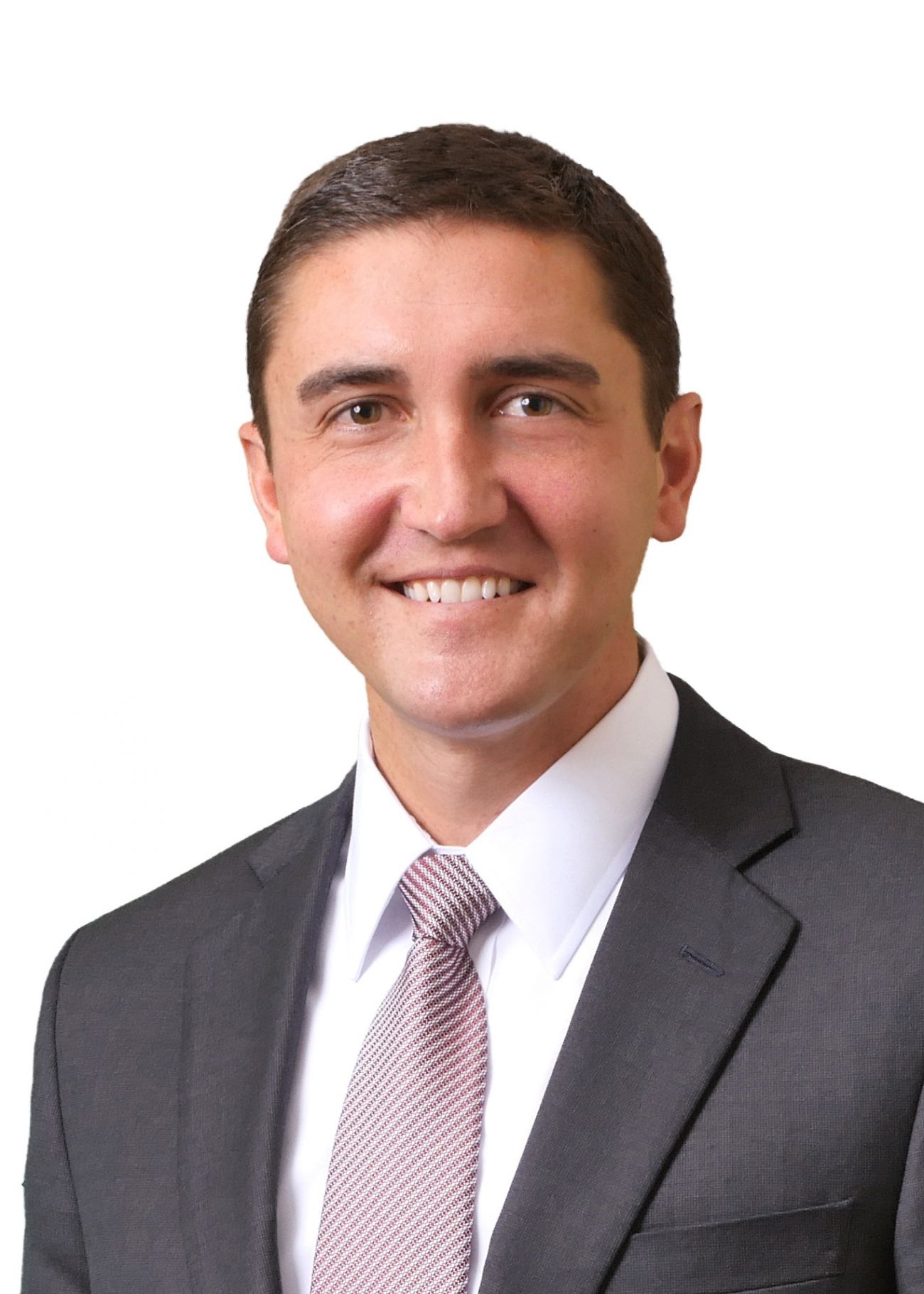 Paul Hudson is a Republican nominee for the Michigan Supreme Court. He chairs the appeals group at Miller Canfield law firm.

He graduated from Cornell University and Georgetown Law, and clerked for Raymond Kethledge on the U.S. Court of Appeals for the Sixth Circuit. He is the grandson of former Michigan State football coach Duffy Daugherty.

Hudson said his judicial philosophy revolves around being fair and neutral and treating anyone who appears before them with respect.

He said one of his favorite cases was representing a retired couple who were being sued by neighbors who wanted to tear down his clients' house. The case was argued all the way up to the Michigan Supreme Court, he said, and “they’re still living in that house today.”

Morgan works in private practice and has been an attorney since 1981. He was also the Libertarian Supreme Court nominee in the 2018 and 2020 elections. 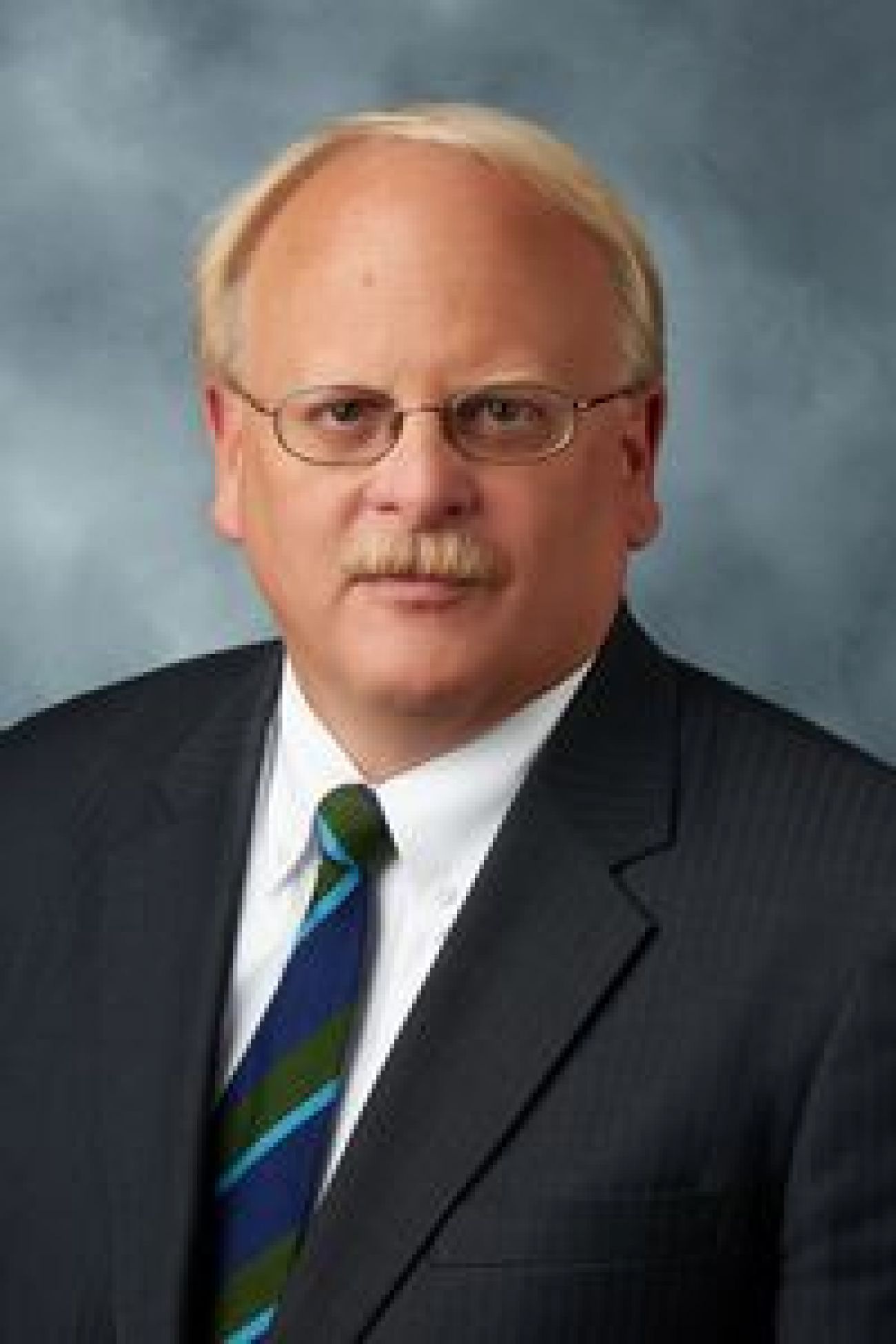 Morgan highlighted his work helping parents who “want to control the education of their children and do so free from state interference and regulation" and people seeking vaccine exemptions.

“The thing that qualifies one to be a judge is not so much that experience but the fact that they're committed to the practice of reading statutes and reading executive orders and reading the law and trying to clearly understand..what it meant to those who adopted it,” he said.

He has earned degrees from Michigan State University, Regent University and Detroit College of Law, and prior to entering private practice worked with the United States Commission on Civil Rights in Washington, D.C.

Morgan said he considers the biggest challenge facing the judicial system is “moral confusion” and exceeding the authority of the judicial branch.