After years of state oversight, commission gives financial control back to Detroit district

For the first time since 2009, the Detroit school district can operate without financial oversight from the state.

The Detroit Financial Review Commission voted Monday to release the Detroit Public Schools Community District from state financial oversight until the end of 2021, a crucial step in the district’s efforts to control its budget and finances. With the exception of several years, the city district has been under some form of state control since 1999.

“This is a monumental day for all Michiganders,” said Rachel Eubanks, state treasurer and chair of the commission. The district is “on the continued path of good finances, improved academics and services, and paying down of long term debt.”

The commission has had to approve the district’s budget, major contracts, out-of-state travel, and union contracts since 2016. Before that, state-appointed emergency managers controlled the district from 2009 to 2016. The emergency manager law is still on the books, and any future mismanagement of finances could result in another state intervention.

Detroit Superintendent Nikolai Vitti has argued for more than a year that the district met the conditions necessary for a release, including having three consecutive balanced budgets.

“I do appreciate how everyone committed to this process and gave us this chance and opportunity,” Vitti said, thanking the commission members and the school board in their efforts. “None of us are satisfied with where we’re at. We are going to continue to work hard.”

Vitti said the district’s financial progress wouldn’t have happened without an empowered school board. Adopting balanced budgets did not take away from other reform efforts, including enhanced student courses and teacher pay.

“We turned the budget upside down and aligned it to a very aggressive strategic plan,” he said.

“Now we are moving into enhancing and scaling the reform we’ve started.”

Commission member David Nicholson, who’s also a top executive for a chemical manufacturing company, said the district’s work displayed “a much deeper day-to-day knowledge of what’s going on behind the numbers we see.”

Monday’s action is a vote of confidence in the district’s ability to manage finances. The oversight began as part of a legislative solution to save Detroit Public Schools from financial collapse. That $615 million legislative deal created a new district — Detroit Public Schools Community District — to educate students. DPS remains to collect tax revenue and pay off millions in legacy debt. In addition to releasing DPSCD from oversight, the commission also released DPS for one year.

Eubanks said the one-year waivers were granted because that is how the statute was written. The commission would consider rescinding the waivers if there are issues with the deficit or other budgetary or account requirements.

Jeremy Vidito, the district’s chief financial officer, said the district had complied with many of the commission’s requirements, including adopting a balanced budget and satisfying recurring debt obligations. Despite a projected decline in enrollment this fiscal year, the district won’t lose money because the current budget anticipated a 10% cut in state funds. Vidito said DPS was “on track to fully repay its debts.” DPS is projected to repay its operating debt by 2027, and its capital debt by 2050.

“This is an incredible milestone for DPSCD,” said board president Iris Taylor, who is a commission member and running for re-election to the board. 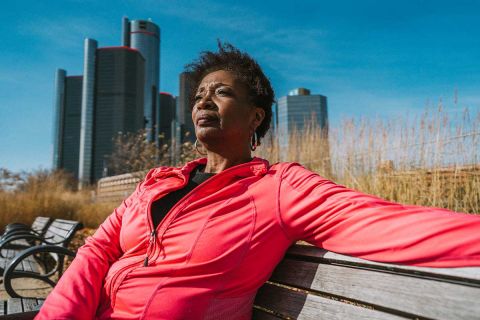 Inside Detroit’s election: Black women’s stories of the count and the mayhem

Hear firsthand accounts from the battlefield as told by five Detroit election workers who sought to protect the city’s vote and clapped back at pro-Trump activists who cried fraud and tried to derail the count. 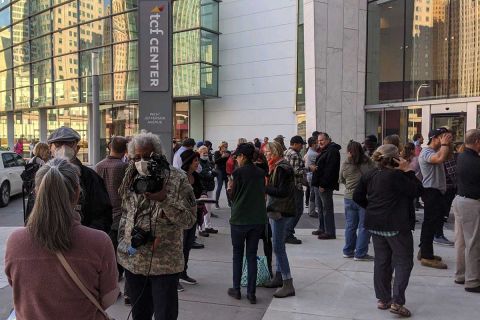 What happened when conservatives tried to halt Detroit’s election count 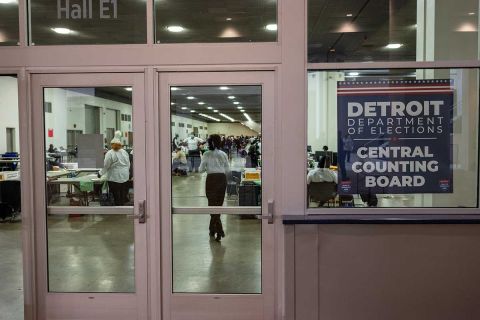 Post-election, Detroit braces for legal challenges to its results

As President Donald Trump questions the integrity of Michigan’s elections, the focus of the race swings to Detroit, which has had its share of vote challenges. Controversies already are arising with the city’s count.