Controversial research at Wayne State University that has allegedly led to the deaths of more than 100 dogs could face more scrutiny following a formal opinion Monday by Michigan Attorney General Dana Nessel.

Nessel issued the opinion Monday asking the Michigan Department of Health and Human Services to create guidelines for humane animal experimentation and requiring facilities that conduct research with animals to register with the state and follow those guidelines.

While the opinion is not tailored to regulate Wayne State’s research alone, that school has been the target of protests over experiments conducted there.

In a video explaining the opinion, Nessel explained that that the Michigan Legislature passed a law more than 40 years ago that called for the creation of a board of medical experts to develop rules for animal testing to assure the humane treatment. That law also required research facilities to comply with those rules.

“But that board was never created and the rules were never drafted,” she said in the video. “In the decades since, researchers have continued to conduct animal experiments without any state regulation of how the animals are to be treated.”

Nessel said this announcement does not mean research facilities must stop doing research until these rules are formed. Additionally, she said it “does not in any way prevent facilities from conducting ethical, necessary research that has become so important to modern medicine.”

Wayne State University has come under fire for its experimentation on dogs. The Detroit News reported in March that people protested the university’s research and that demonstrators reported that 136 dogs have died from the work since 2009.

A spokesman for the university said he did not have a statement at this time about the attorney general’s opinion. The university has defended the research before saying that research takes time and that often, breakthroughs do not happen as quickly as people would like.

House Rep. Matt Koleszar, D-Plymouth, requested the attorney general’s opinion. In his letter, he reported that the research involves dogs receiving multiple surgeries in which their chest cavities are opened, devices are inserted in and around “major blood vessels,” a catheter is inserted into the heart and several cables and wires are placed inside their bodies. He said the dogs that survive the surgery are “forced to endure even more” where their heart rates are increased repeatedly.

Koleszar told Bridge Michigan that he “could not be happier with the fact that this is going to lead to greater oversight.”

“My biggest concern is the fact that many dogs have passed away from this research and this research has not yielded any tangible advancements for humans,” he said. “While I understand that some animal experimentation is necessary to make advancements for the health of humans, these experiments haven't done that and because they haven't done that, it's the concern about the treatment of the animals that are there that has really resonated with me.”

The Physicians Committee for Responsible Medicine, the nonprofit organization that organized the protest earlier this year, praised the decision in a statement.

“Increased oversight is desperately needed,” said the group’s director of research advocacy Ryan Merkley. “DHHS should develop strong rules that prohibit the kind of cruel, scientifically useless dog experiments conducted at Wayne State. This would benefit animals and the people of Michigan, who need human-relevant research.” 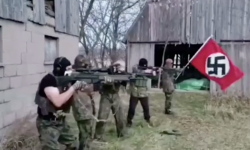