Business Watch
GM vows to spend $6.5B in Michigan. Unclear: how much it wants in return.

The automaker  — which employs about 47,000 people in the state — said it plans to invest $35 billion by 2025 to convert its U.S. development and production to electric and automated vehicles.

GM is turning to two of its existing production sites to do that, based on incentive requests heading to the state for approval next week:

A GM spokesperson said Friday it won’t comment on the projects until the incentives receive final approval from the Michigan Strategic Fund and GM leadership decides to move forward.

However, said spokesperson Dan Flores, “GM appreciates the support it has received from the Governor, the State Legislature, Orion Township, the City of Lansing and Delta Township.”

Unclear so far is how much GM is requesting in economic incentives from the state toward the investments.

According to the Michigan Economic Development Corporation, its funding arm for spending state resources will consider GM’s request, likely already negotiated with state and local economic development officials, at its monthly meeting on Tuesday.

The Michigan Strategic Fund board will vote on multiple incentive options for GM: Awarding two grants from the new $1 billion SOAR Fund, which the state established with the approval of the Legislature and Gov. Gretchen Whitmer in mid-December, and creating a tax-free renaissance zone, tied in part to renewable energy.

Details on the requests will not be made public before the meeting, MEDC spokesperson Otie McKinely told Bridge Michigan.

Available within the SOAR Fund are two types of funding. One is the Critical Industry Program, which will allow the state to provide grants, loans or other incentives to target major projects that spur significant job growth and spin-off investment.

The second is the Strategic Site Readiness Program, which will pay to clear property for construction of manufacturing facilities. Sites can either be public or private, and can include “mega” sites of hundreds of acres

Before December, he said, “many in the industry would tell you that we would be challenged to land these sites.”

That became important to the state after state leaders learned in September that Ford Motor Co. had turned to Kentucky and Tennessee for its $11 billion investment in large-scale electric vehicle and battery development.

Business leaders across the state had been hoping Michigan would land some of the billions in EV investment generated by legacy automakers and newer startups as they all race toward marketing emission-free vehicles, which are expected to be at least half of all vehicles sold in the U.S. in as few as 10 years.

Still, one critic of state economic incentive programs expressed concern about the public money the state now may put behind the deals.

“I hope General Motors decides to continue to develop their plants in Michigan,” said James Hohman, director of fiscal policy for the Mackinac Center for Public Policy. “But they should do so without extra support from state taxpayers. Lawmakers should be making deals with other states to prevent themselves from awarding special favors rather than making deals with companies for taxpayer funding.”

The GM deal in Lansing will include newly negotiated electricity rates for the automaker, according to the Lansing Board of Water and Light.

The utility is under a non-disclosure agreement until the pending deal is finalized. However, the utility previously said that an economic development rate should result in $868 million in gross revenue for the utility over 20 years.

State officials have said other EV developments may be considering building in Michigan and seeking incentive funding. One is LG Energy Solution, which is asking for about $500 million in incentives as its wholly owned subsidiary in Holland plans a $1.5 billion expansion of its battery plant there. 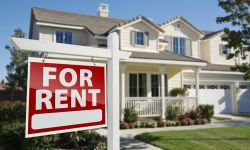 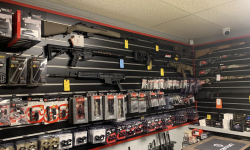 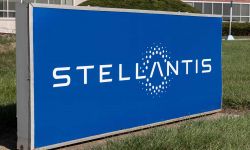