In the past two months, Michiganders have bought more pot than ever before. But as sales go up, prices seem to be dropping leaving marijuana producers in “a race to the bottom.” (Shutterstock)
June 30, 2022
Roni Kane
Business Watch
Michigan marijuana

The total amount of cannabis products sold between the state’s recreational and medical dispensaries has tripled in the past two years, with the top two pot sales months in Michigan history being the past two months. There are nearly a thousand shops across the state where you can buy legal, regulated marijuana now, with the number of approved licenses for growers and dispensaries increasing almost weekly.

All that competition is driving down prices.

Jonathan Caulkins, a professor at Carnegie Mellon University who specializes in the economics of drug industries, said the market is booming everywhere where pot is legal.

The jump is glaring in Michigan because it has only been four years since voters passed a state ballot initiative making Michigan the tenth state to legalize recreational marijuana use for adults age 21 and older. In that time, cannabis culture has become more broadly accepted across the state, meaning that new consumers are going to gradually join the market and current consumers may start using more cannabis regularly, said Caulkins, who has studied national and state marijuana markets for the past 12 years.

“It's a mistake to think about legalization like a light switch,” Caulkins told Bridge Michigan. “The better way to think about this is a generational shift in the social position of cannabis and the culture around it. Those changes have been enormous.”

Caulkins also hypothesized that illegal cannabis markets in Michigan are gradually being absorbed into the legal market, supporting the notable uptick in demand. For example, in 2020, the Anderson Economic Group found that Michigan’s state-regulated cannabis market accounted for less than one third of the total amount of cannabis being sold in the state. Illicit markets, or sales that take place outside of licensed dispensaries, made up the difference.

The legal share of the pot market in the state jumped to 56 percent by the end of 2021, according to Andrew Brisbo, the executive director of the Cannabis Regulatory Agency.

“It's apparent that having a robust and price-competitive, regulated market is going to attract more consumers,” Brisbo said.

Studies have shown that this is consistent with other states that have legalized marijuana. Caulkins said customers who used to purchase cannabis via the illicit market are often incentivized to join the regulated market if prices are comparable. Today, the street price for a gram of flower is estimated at about $10 to $20 for a gram, while several Michigan dispensaries sell that quantity of tested pot for $5.

Spencer Donley started as a budtender at the Botanical Company, a Lansing dispensary, in 2019. At that time, the average price for an ounce of flower was over $500. When he transferred to work at Pincanna, located in East Lansing, last August, the new dispensary was selling an ounce for $99.

State data shows that average prices for both medical and recreational cannabis products have been going down almost every month since legalization. Recreational flower prices have dropped by 74 percent since 2019; medical flower prices by 54 percent.

Low prices support a rise in demand, but would not keep dropping month after month if supply was not rapidly rising too, Beau Kilmer, director of the RAND Drug Policy Research Center based in Santa Monica, Ca., said.

Kilmer cited license availability as a major player in this equation, allowing cannabis supply to continue climbing. In Michigan, the CRA approved 69 new recreational licenses in May, the majority of which were for growers and dispensaries.

That’s up 57 percent from the 44 recreational licenses given out this January.

“At the state level, there are no controls on the number of licenses,” Brisbo told Bridge Michigan. “We are required to issue a license to anyone who qualifies.”

Individual municipalities can limit license distribution — for example, Detroit still does not allow recreational cannabis dispensaries to operate in the city — but there is no state cap on the number of licenses.

Michigan is not alone in that regard. California, the largest state cannabis market in the country by far, does not have a cap on the number of licenses that can be issued in the state, though municipalities can regulate or prohibit recreational cannabis.

There are currently over 500 medical cannabis dispensaries and over 470 recreational ones in Michigan, supported by more than 1,000 growers. As the CRA distributes more licenses every week, supply will only continue to go up, Kilmer said.

“My sense is that there are a lot of producers being licensed in Michigan,” Kilmer said. “If there's no limit on licenses, and you continue to have a lot of supply, you would expect that would continue to push prices down.”

In other words, as new dispensaries and farms pop up the market is being flooded with supply. Even record-high demand is not causing prices to level-out, raising alarms about oversaturation among different dispensaries.

Donley said Pincanna consistently checks the menu prices of other dispensaries in East Lansing to make sure that they have the lowest prices possible. When the company opened a year ago, he said their $99 deal for an ounce of flower was one of the best prices in the state — less than half the average price at the time.

Now, just a year later, the average price for an ounce of flower is $130, though some dispensaries are selling that quantity, at a lower-potency, for $50. Donley said Pincanna has lowered the price of almost every product on their menu in order to keep up with the ever-changing market.

“We're not making as much money as we used to for the products,” Donley said. “It still cost the same to grow the stuff and for the whole production and processing side of things, so having the cheaper prices, just lowers the profit margins.”

But that’s what they have to do to retain their client base, he said.

That’s because customers are always chasing the newest lows, when it comes to prices.

Ann Arbor resident Arjun Donner goes to different dispensaries in the area about every other week to buy small quantities of recreational marijuana.

As new companies receive a license and open their doors, Donner said he is happy to shop around for the lowest prices and the best discounts.

“A lot of new [dispensaries] are opening up,” Donner said. “At a lot of places first-timers get a nice discount. I recently went to a place where I got 200 mg for 10 bucks. Some places if you go on Tuesday it's 20 percent off.” 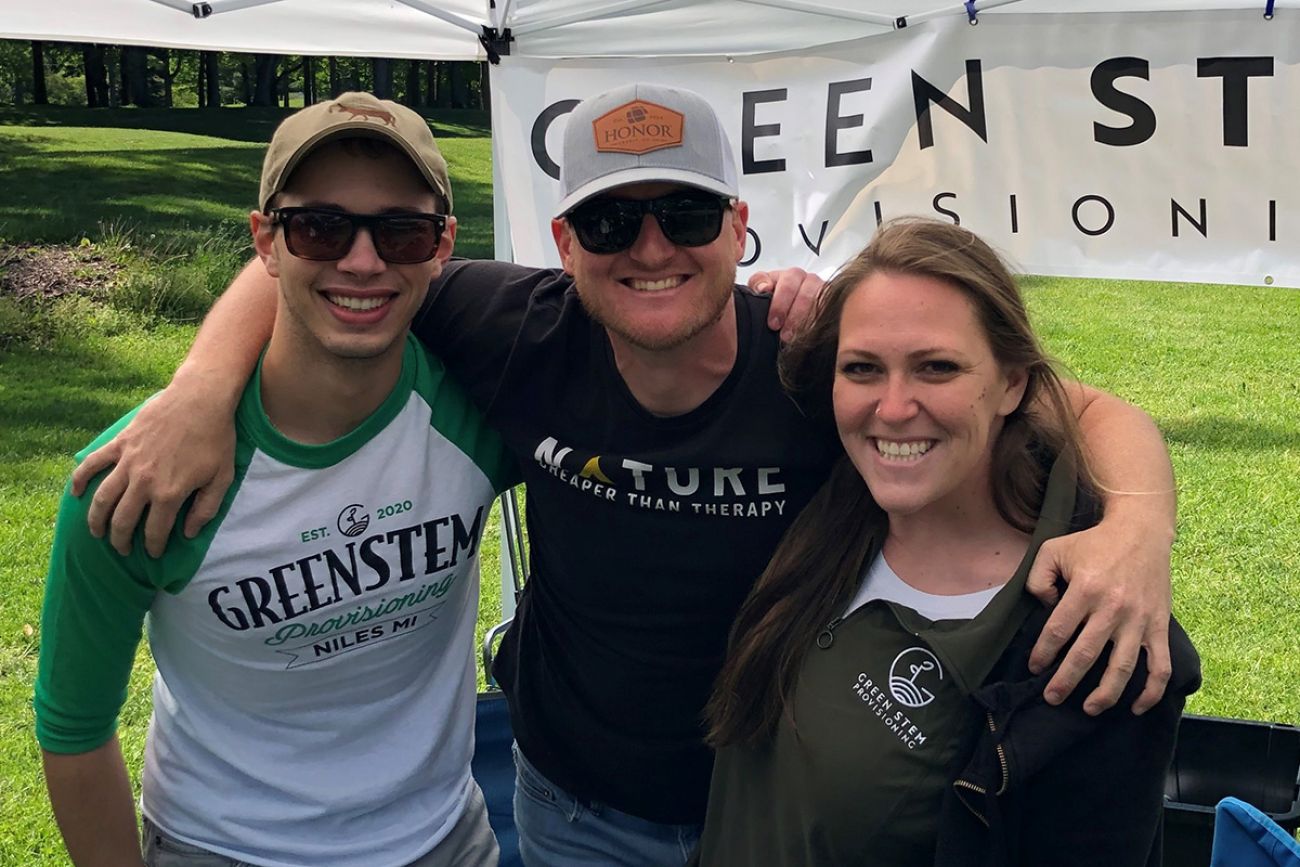 As the industry grows and changes, corporate cannabis leaders are increasingly pursuing mergers and acquisitions to try to stay on top, while small businesses are scrambling to keep their prices competitive. That’s a trend consistent with states like Colorado, which legalized recreational cannabis in 2012.

While Michigan pot prices are currently middle of the road amongst legalized states, Colorado is home to some of the cheapest marijuana in the U.S. On average, a recreational user in Michigan will pay about $130 for an ounce of flower, while someone in Colorado might pay $50 — and prices are still going down as the state contends with a decrease in sales and a closure of some chains.

Brisbo told Bridge, at this point, it’s unclear whether Michigan prices will reach the same level as Colorado’s, or if they will level out before then.

It’s a race to the bottom, with no clear sense of what the “bottom” price actually is.

“We've had about four years of a market now, two of which were stymied by the pandemic,” Brisbo said. “So it's still very dynamic [which makes it hard] to see and analyze trends or say what normalized pricing will look like.”

But with rapidly changing supply and demand, Caulkins said, a “shakeout” of the industry is inevitable in the years following legalization. He warned that smaller Michigan companies may get weeded out in the future.

“There’s almost always a shakeout with consolidation and some companies go belly up or get acquired by someone else,” he said. “The companies that prevail get bigger.”

Katie Lynch Lindgren, the senior manager at Green Stem Provisioning (GSP), a “mom and pop” cannabis center in Niles, said the business is very concerned about the “race to the bottom.” As a vertically-integrated center — meaning the company controls every action of the production process from farm to dispensary — she said GSP has been able to adapt to changing prices to remain in the market.

But for small shops that often comes at a personal cost, with ramifications that go beyond the business.

“Mom and pops and family-owned businesses can take [prices] 20 percent down because they don’t have to answer to investors,” Lynch Lindgren told Bridge. “My kid just won’t go to dance class next year. I won’t get a raise as an owner.”

When Green Stem Provisioning opened in March 2020, just months after legalization, Lynch Lindgren said the cannabis industry seemed like a frontier, full of possibilities and promise. But the proliferation of licenses, rising supply and falling prices have contributed to a sense of disillusionment.

“Michigan used to be the Wild West [of the cannabis industry] but it’s not quite that anymore,” Lynch Lindgren said. “Now it’s different. It’s a corporate grind.” 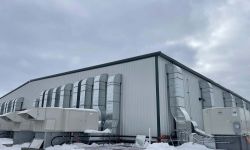