Quentin Messer Jr. will take over as CEO of the Michigan Economic Development Corporation in July. (Courtesy photo)
May 18, 2021
Paula Gardner
Business Watch

Quentin Messer Jr. said he’ll start the job of CEO of the Michigan Economic Development Corporation on July 19 prepared to listen and build trust among staff and economic developers working regionally across the state.

But, he said, as he forms his own priorities for the public-private agency charged with growing jobs, business opportunities and tourism in the state, he also already embraces the direction for the agency outlined by Gov. Gretchen Whitmer during his interview.

“There are people for whom they don’t feel a visible place in today’s economy or the economy five, 10 or 15 years from now,” he said.

“The end game is for all Michiganders to have an economy that has the number-one rate of upward mobility in America.”

Messer was named CEO of the agency with a $139 million annual budget and 287 employees on Tuesday after a national search by the MEDC’s executive committee that started after former CEO Mark Burton announced he was leaving in February.

Messer comes from Louisiana, where he’s been president and CEO of the New Orleans Business Alliance since 2015. Before that, he worked as assistant secretary at Louisiana Economic Development.

A principal at a start-up venture accelerator, Messer holds a bachelor’s degree from Princeton School of Public Health and International Affairs, and he has both a master’s of business administration and a law degree from Columbia University.

He recently was named one of the 2021 North America Top 50 Economic Developers by Consultant Connect, an organization that connects economic developers to business site consultants. It is part of Southwest Michigan First.

Consultant Connect’s director, Carla Sones, is interim director of Southwest Michigan First. She called Messer “a real star” who will be good for the state because of his experience and his passion for attracting jobs to communities amid high levels of competition from other states.

“He is a magnet,” Sones said. “He provides clarity, energy and the motivation to continue to compete.”

That’s important for the next leader of the agency, said Awenate Cobbina, chair of the MEDC Executive Committee and CEO of Bedrock Group.

“Throughout this national search process, we have remained committed to selecting a leader with the right experience and skills to carry out the ongoing and exceptional work by the MEDC to build a strong and vibrant economic recovery that helps our state’s businesses retain, grow and create more good-paying jobs for Michigan’s working families,” Cobbina said in a statement.

Michigan unemployment in March was down by 0.1 percentage points to 5.1 percent in March, compared to the national level of 6 percent, according to state records. At the same time, the state’s labor force declined by 215,000 workers, or more than 4 percent of the state’s workforce, from a year earlier.

Michigan’s top priority as it emerges from the pandemic is “bringing people back to work and being able to fill open positions we have with people who are skilled and willing to be skilled for those positions,” Sones said.

But beyond that, she said, is the need to assess why the state isn’t winning some of the projects that would bring more well-paying jobs to the state, including several related to electric vehicle production.

“Economic development is a competitive atmosphere,” Sones said. “Some states are more aggressive … coming in second doesn’t do us any good. We need to land some of these projects to secure the future.”

Potential wins, she added, could also come as traditional corporate headquarters evolve into a “hub and spoke” model, with more regional operations. Michigan could be well-positioned to get those regional offices of national companies as companies look for lower-cost markets.

Messer succeeds Mark Burton, who announced his resignation in February after one year on the job. He now works at Honigman law firm in Lansing. Burton made $257,000 per year; Messer will have an annual salary of $287,000.

Burton led the agency through the start of the pandemic, when its role largely shifted from traditional business attraction to finding survival tools for businesses amid the unprecedented economic upheaval caused by COVID-19. The MEDC provided more than $240 million to support more than 24,400 small businesses across the state, retaining an estimated 200,000 jobs, Whitmer said as Burton left.

During Burton’s tenure, funding was restored for the Pure Michigan advertising campaign, and multiple grant programs were initiated, including the $52.5 million Small Business Survival Grants to businesses affected by government restrictions.

“When COVID hit, we obviously did whatever we could to use funds for relief purposes,” Burton told Bridge Michigan in late 2020.

His successor, Messer, said he was attracted to the CEO job in part by what he described as Michigan’s knowledge infrastructure, from the state’s higher education network to its partnerships with labor unions.

“The talent base,” he said, “is spectacular.”

Messer praised Whitmer, whom he described as “tough” during his interview. He also said he’ll work with the Legislature.

Asked by Bridge Michigan about the friction between Whitmer, a Democrat, and the Republican-led Legislature, Messer said that economic development should be nonpartisan.

“We know we’ll disagree … obviously there will be vigorous debates,” Messer said.

However, he continued, “if we come to that table of common good and have a presumption of goodwill, what unites us? Michigan first.” 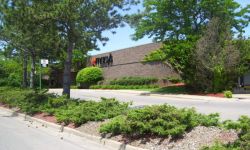 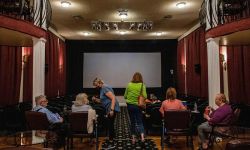 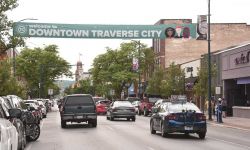