After a year, safe drinking water is flowing again at Detroit schools

Superintendent Nikolai Vitti looks on as Iris Taylor, president of the Detroit school board, drinks from one of the more than 500 water hydration stations that have been installed in schools across the Detroit district.

Students heading to class in the Detroit school district next week will find that for the first time in a year, they can quench their thirst with water flowing in their school buildings.

It’s a striking shift from what they encountered on the first day last year, when the drinking water was shut off across the district after testing found elevated levels of lead and/or copper at many schools. The district brought in water coolers for students and staff as part of a short-term solution to the crisis, which made national headlines.

Now, a year later, a more permanent fix will greet students. More than 500 water hydration stations have been installed at every district school, providing what officials say is a safer alternative because the stations come with a built-in filter that purifies the water of any lead or copper. The stations are similar to drinking fountains, in that students can drink from a bubbler. But it also has a spot where they can fill a water bottle. Each of the district’s 50,000 students will receive a water bottle emblazoned with the district’s logo.

The work was all possible because of $3 million in donations from companies, foundations, organizations, and individual donors. No district money was spent to purchase or install the water hydration stations.

“This is an exciting day,” Iris Taylor, president of the Detroit school board, said during a media event Wednesday at Marcus Garvey Academy that some of the donors attended. “You came to our rescue.”

In a move that might assuage anyone who might still have concerns about the water, Taylor was among several district officials who sampled the water Wednesday.

“Cold and refreshing. Yes,” said Angelique Peterson-Mayberry, vice president of the school board, after taking her drink.

Each school received one water hydration station for every 100 students enrolled, with a minimum of two stations per building. The district is still in the process of installing the stations in faculty lounges and gyms. The district will test water from the stations annually, Superintendent Nikolai Vitti said. And the filters will be replaced regularly, thanks to a gauge that alerts staff that it’s time to make the change.

“The drinking water will be cold, it’ll be refreshing, they can fill up a bottle and move it with them throughout the day,” Vitti said.

But that wasn’t the only message he wanted to convey at Wednesday’s event.

“It’s also a call to parents throughout this city and throughout this state and this nation to demand that water be tested throughout the country,” Vitti said. “This is not just a DPSCD issue. This is a national issue that needs to be addressed and we have to have leadership beyond DPSCD to get this right.”

Many Michigan school districts did test the water in their schools after the Flint water crisis grabbed a national spotlight, though it’s unclear whether they have continued to test. Also, few have done what the Detroit district did: test every drinking water source in buildings.

The quality of school drinking water has gotten renewed attention across the country recently. Just this summer, officials in Newark, New Jersey, insisted that city schools’ drinking water is safe amid revelations that city-provided filters had inadequately purified water in some of the city’s neighborhoods, while New York City announced that hundreds of early childhood classrooms had peeling lead paint, another way that lead can find its way into students’ bodies. The Environmental Protection Agency says that even low levels of lead can have adverse effects. Lead exposure can interfere with brain development, cause aggressiveness or inattentiveness, and impede academic achievement. In Flint, officials say they are overwhelmed by the number of lead-exposed students who now require special education services.

Michigan Gov. Gretchen Whitmer has recommended providing funding for Michigan school districts to purchase water hydration stations. Some suburban districts — and at least one Detroit charter school — had already installed them prior to the water crisis in the Detroit district.

In October, when the district first announced the philanthropic effort to fund the stations, Vitti said he hoped it would be a model as the district seeks funding or support from the business community for other initiatives. He and Peterson-Mayberry reiterated that point Wednesday.

“We want the giving to be infectious because there are a lot of needs in the district and we would love to be able to put the call out and have the call answered,” Peterson-Mayberry said.

Lori Higgins is a reporter and bureau chief for Chalkbeat Detroit. This article originally appeared on the education news site on Aug. 28. 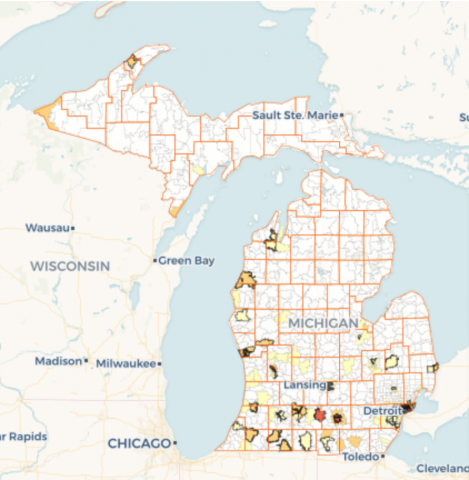 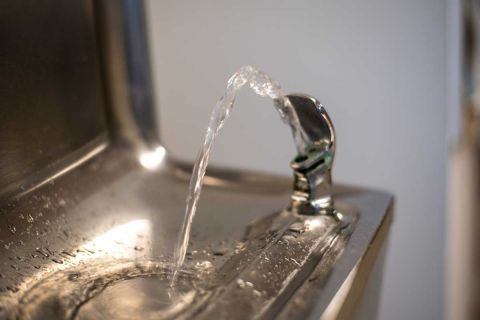 Is lead in your Michigan school’s water? Chances are, nobody knows. 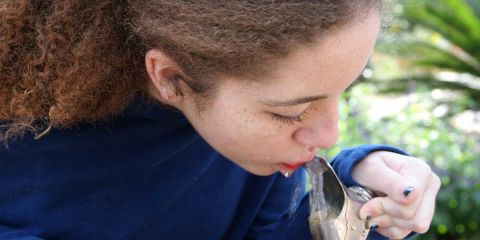 Michigan lawmakers may require schools to test water for lead