But these are not usual times.

Today, open government laws are truly about life-and-death matters. We continue to fight the deadly coronavirus pandemic, struggle to come to grips with policing practices that discriminate against people of color and debate the election process that is so key to the survival of a democratic society. 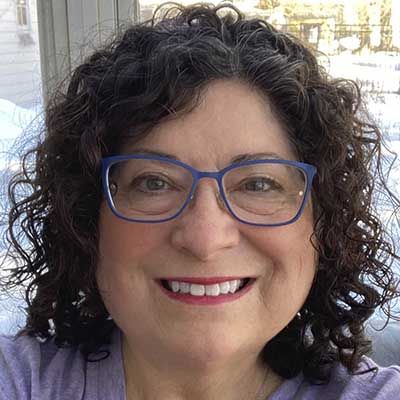 Judy Putnam retired as a news columnist from the Lansing State Journal in 2020. She serves on the boards of the Michigan Coalition for Open Government and the Mid-Michigan chapter of the Society of Professional Journalists. (Courtsey photo)

This week is the 16th anniversary of Sunshine Week, established in 2005 by the American Society of News Editors, now called the News Leaders Association. Simply stated, it’s your right to know.

Across the country, citizens and journalists are using open government laws at the local, state and federal levels to request data on nursing home deaths from COVID-19, release investigations of police shootings, and provide information on federally funded small business loans. These are needed efforts to shed light on actions of public bodies.

Close to home, the Lansing State Journal used the Michigan Freedom of Information Act (FOIA) to calculate the high cost to Michigan State University over the Larry Nassar scandal. The Detroit Free Press wrote that the Michigan State Police were using an encrypted messaging app that kept communications out of the reach of the state’s Freedom of Information Act.

Detroit newspapers recently used public records requests to uncover a nearly $156,000 separation agreement for a former state department head that Gov. Gretchen Whitmer’s administration had not revealed. And last fall, Bridge Michigan and a coalition of media and policy organizations got the state to release the location of coronavirus outbreaks in schools by saying they’d file FOIA requests to get the information.

While Michigan’s current FOIA and Open Meetings Act aid transparency, they need to be stronger. Michigan ranked dead last for openness in a 2015 study by the Center for Public Integrity.

Michigan’s 1976 Freedom of Information Act exempted the Michigan Legislature and governor’s office from having to release information as other parts of state government, local governments and public schools and universities must do. In the 45 years since the original law passed, the Legislature has failed to correct that mistake. Michigan is one of only two states that exempt the governor’s office from state FOIA laws and one of a handful exempting the Legislature.

To change that, a package of bills called the Legislative Open Records Act could be approved by the House this week. It would expand FOIA to cover the Legislature and governor’s office but also includes many loopholes. Similar legislation died over the last six years without a hearing in the Senate, though there’s hope that could change this year. A 2022 ballot proposal under discussion could get underway if legislative action stalls, or if what’s passed is too weak to be effective.

The Michigan Coalition for Open Government, a broad group of news and policy organizations, supports the expansion of Michigan’s FOIA. It also calls for an Open Government Commission that would lead to faster and more cost-efficient resolutions to citizens’ appeals and concerns regarding open government laws.

In addition, the lessons learned about how best to grant access to public meetings remotely during the pandemic should be included in the Michigan Open Meeting Act so citizens can interact with their leaders at public meetings in the future even if they can’t attend in person.

Sunshine Week is a time to celebrate openness, and also to examine the parts of government that operate in the dark.