In state House races, Rep. Beth Griffin, R-Paw Paw, leaned on her record of promoting clean water and advocating for communities threatened by Great Lakes erosion, while Rep. Padma Kuppa, D-Troy, vowed to hold polluters accountable “so that we all have clean and safe drinking water.”

Once again, water was a must-mention this fall for candidates of both major parties seeking to represent Michigan in public office.

It’s no surprise. Water issues have long resonated with Michigan voters, and recent high-profile threats, from PFAS in groundwater to lead-laden drinking water pipes to the Midland dam failures, have underscored the stakes.

With the recent election in the rear view, water advocates hope to leverage that concern into increased state and federal funding for PFAS cleanups, infrastructure upgrades, water affordability measures and other solutions they say are needed to protect Michigan’s water.

“It is crystal clear that this election was a referendum on public health,” said Bob Allison, deputy director of the MIchigan League of Conservation Voters. “That creates a sense of urgency, I believe, and it also creates an expectation of action.”

But experts said water advocates face an uphill battle as COVID-19 continues to strain public budgets and dominate legislative agendas, and tension between Gov. Gretchen Whitmer and leaders of the Republican-led Michigan Legislature complicates the path to consensus on a host of issues.

“With all the problems the Michigan government is going to have to face,” said Tom Ivacko, executive director of University of Michigan’s Center for Local, State, and Urban Policy, “here’s just one more with a huge bill behind it.” 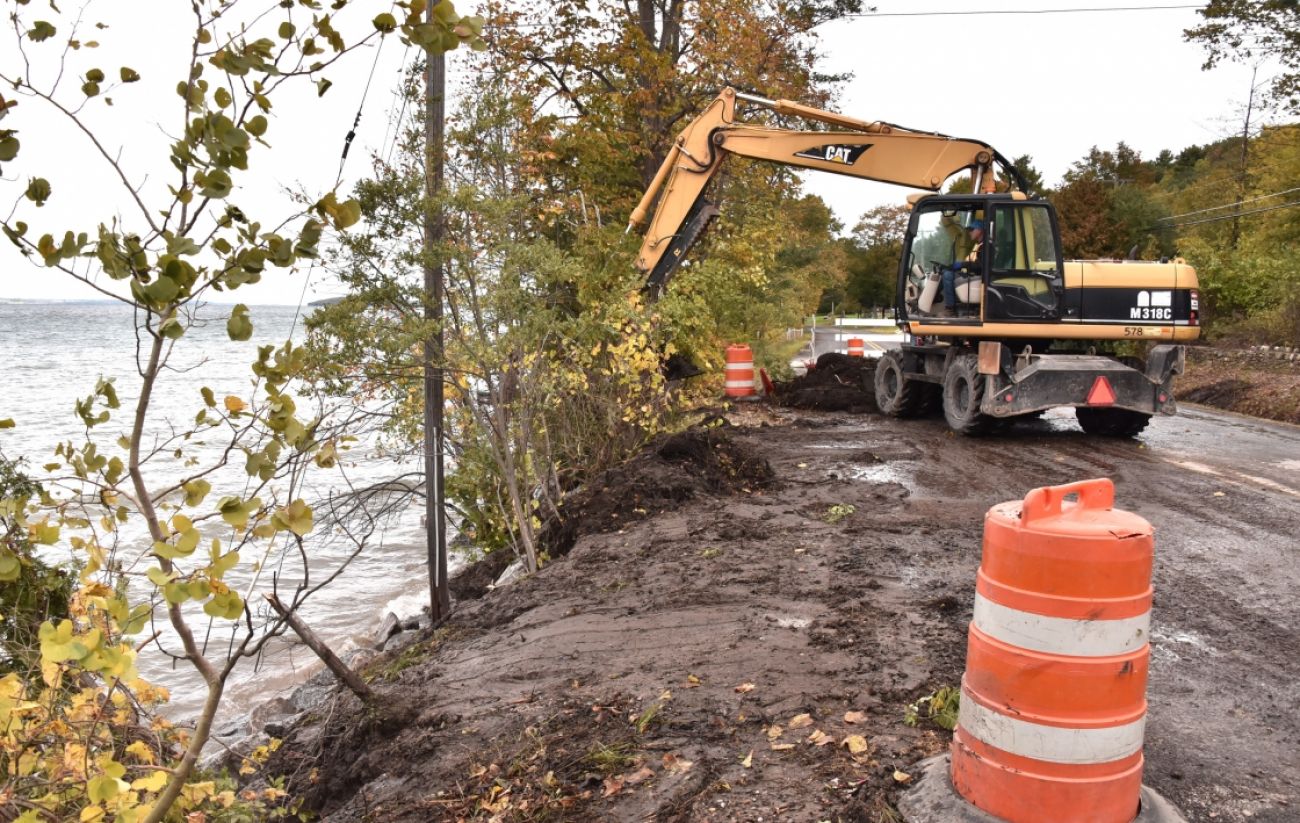 Michigan voters have long been responsive to Issues tied to clean, abundant water, and it’s no secret why.

In a state where nobody is ever more than six miles away from a lake or stream, water is a way of life as well as an economic driver. Regionally, the Great Lakes alone are responsible for more than 1.3 million jobs and $82 billion in wages according to a recent Michigan Sea Grant report.

But in recent years, a steady beat of crises has underscored the ways in which Michigan’s water is neither as clean nor as readily available as many might have thought.

Then came the news that water in Michigan communities from Oscoda to Parchment was contaminated with PFAS, chemicals that have been linked to cancer, thyroid issues and other health concerns. State investigations continue to uncover new contamination sites.

High water levels in the Great Lakes and inland floods have imperiled beaches, roads and properties, leaving local governments desperate for funds to repair or relocate wells and treatment systems threatened by erosion and flooding.

Unaffordable water bills for low-income residents have resulted in water shutoffs affecting thousands in Detroit alone. The city has agreed to pause shutoffs through the end of the year amid concerns that water insecurity will worsen residents’ vulnerability to COVID-19, but water advocates say without a permanent solution, many people will again lose their water service come January.

And the Line 5 pipeline in the Straits of Mackinac continues to raise concerns about the possibility of an oil spill that could devastate the Great Lakes.

Taken together, these issues have made water concerns even more resonant with voters across the political spectrum, Ivacko said.

“It’s such an immediate threat,” Ivacko said. “Everybody can easily imagine that they’ll wake up the next day and find out that their water is poisoned.”

And that fear has a connection to the COVID-19 pandemic that risks Michiganders’ lives and health, said Justin Onwenu, an environmental justice organizer for the Michigan Chapter of the Sierra Club. For instance, research has linked polluted air to higher death rates among people who contracted the virus. And it’s more difficult to heed public health officials’ advice to wash your hands if you lack water access at home.

The virus, Onwenu said, has made it clear that clean and reliable water is “foundational” to achieving other societal goals.

“It always comes down to, ‘do we have the money for this?’” Onwenu said. “But it’s going to cost us more if we don’t invest.” 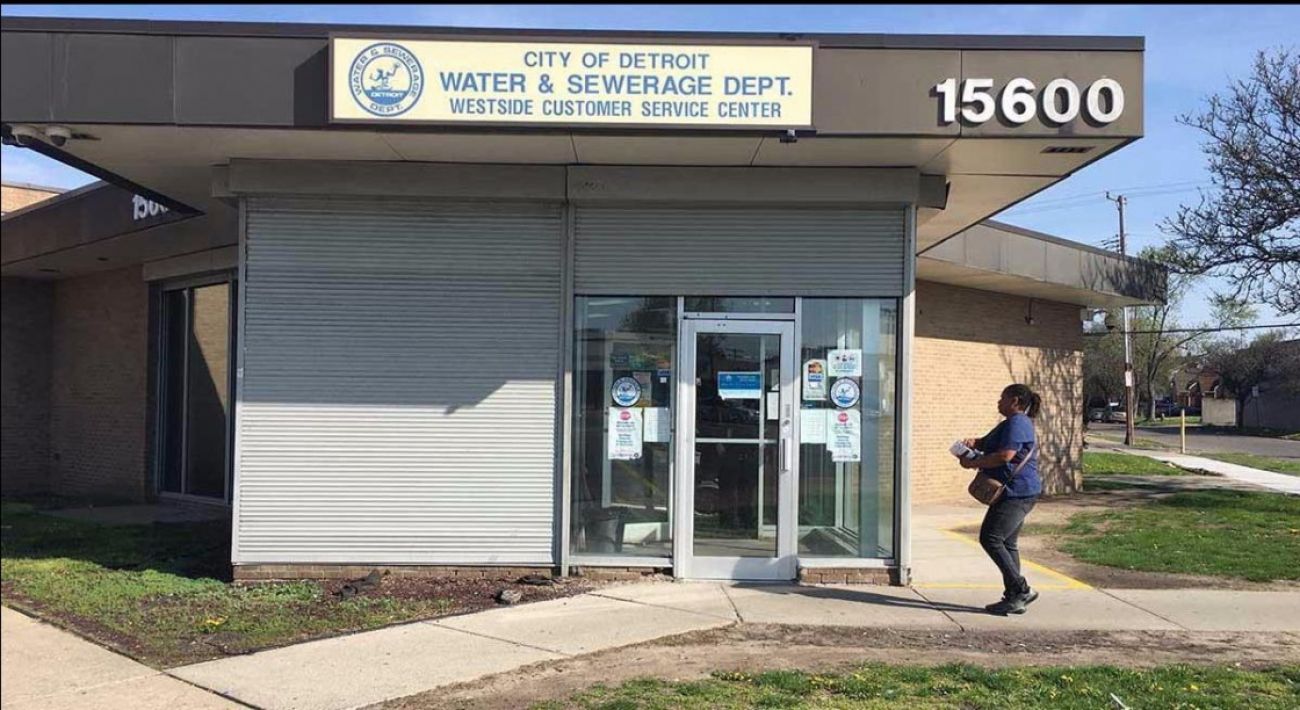 Environmental and water justice advocates told Bridge Michigan that finding money to address Michigan’s water infrastructure needs is their top priority for the new legislative session that begins in January.

They hope to use a $500 million water spending strategy Gov. Gretchen Whitmer announced last month as a starting point for negotiations in the Legislature aimed at freeing up additional dollars.

“People who campaigned on the issue of water are now going to be expected to start tackling the issue,” Allison said.

But whether it will receive full funding is unclear. The strategy relies on the Republican-led Legislature’s approval to access $290 million by spending down the 2002 voter-approved Great Lakes Water Quality Bond. Legislative leaders told Bridge they have yet to decide whether they’ll support freeing up the money.

And even if they do, $500 million is just a fraction of what experts say Michigan needs to recover from a longstanding underinvestment that has left much of Michigan’s water infrastructure overdue for repairs or upgrades.

A 2016 report from Lansing-based Public Sector Consultants estimated Michigan needs to spend up to $1 billion annually on drinking water alone through 2030.

That estimate doesn’t include other water infrastructure needs. And it was developed before Michiganders learned PFAS has tainted water supplies across the state, and before Michigan enacted new rules requiring utilities to complete costly lead pipe replacement projects.

John LaMacchia, assistant director of state and federal affairs for the Michigan Municipal League, said lead pipe replacement alone will cost Michigan utilities “well in excess of a billion dollars,” and force them to pass the costs on to ratepayers if they don’t receive outside assistance.

Whitmer’s strategy includes $102 million to help pay for lead line replacement, and she has called upon legislative leaders to work with her to find more money for that and other water priorities.

“Governor Whitmer is open to working with stakeholders and legislators on both sides of the aisle that are serious about those ideals,” Whitmer spokeswoman Chelsea Lewis wrote in an email to Bridge this week.

Republican leaders in key committees overseeing environmental matters said they’re willing to talk about it, but the timing isn’t great.

But Outman said he’s open to redirecting money within the state’s existing budget toward water priorities.

“Funding’s going to be an issue, there’s no doubt about it,” Allor said.

Allor said she is meeting with state environmental staff this week to learn more about Whitmer’s water funding strategy, but it’s too soon to know whether she would support additional funding beyond the $500 million.

A spokesperson for Senate Majority Leader Mike Shirkey did not respond to a request for comment from Bridge, and House Speaker Lee Chatfield’s spokesman redirected Bridge to Rep. Gary Howell, whose spokesman said Howell would not comment.

With Michigan’s budget in shambles, both lawmakers and advocates acknowledge the most realistic hope for new money is through new federal spending.

That’s welcome news to Monica Lewis-Patrick, co-founder, president and CEO of the Detroit-based water advocacy group We the People of Detroit. Lewis-Patrick spent the campaign season calling upon Biden and President Donald Trump to commit to investing in water infrastructure should either win the election.

“This is not just about poor Black folks in Flint or Detroit,” she said. “This is a Michigan issue as well as a national issue.”

Don’t hold your breath, Ivacko said. Just like Michigan, the federal government will have to tighten belts to make up for COVID-19 budgetary hits. And if the Republican Party continues to control the U.S. Senate while Democrats run the White House, he said, voters can expect continued partisan “gridlock” in tmiWashington.

“We should not be looking to Washington to solve our problems in Michigan anytime soon,” Ivacko said.

While they’re still holding out hope for new investment, environmental groups said they also plan to lobby for targeted legislation they say is needed to address Michigan’s water crisis, without requiring massive new investments in the midst of a recession.

A coalition of environmental groups is working to finalize priorities for the coming session. At the very least, said Marc Smith, Great Lakes policy director for the National Wildlife Federation, they hope to achieve incremental action on PFAS.

Michigan’s PFAS contamination crisis has been a magnet for bipartisanship because it poses such a widespread threat to communities across the state.

For example, lawmakers earlier this year allowed new rules that make Michigan’s PFAS standards among the strictest in the country. And Gov. Gretchen Whitmer signed legislation in July sponsored by Allor and Jeff Yaroch, R-Richmond, that requires fire departments to notify the state when they use PFAS-containing firefighting foam and give firefighters more training in the use of PFAS foams.

Additional bills to make it easier to sue polluters for PFAS contamination and codify Michigan’s PFAS Action Response Team in statute are awaiting debate in the Legislature.

Smith said environmentalists hope to find support for more testing to determine the extent of PFAS contamination in groundwater, surface water and the flesh of fish and game, among other things.

But Allison said lawmakers who ran on their PFAS record should also feel responsible for finding new dollars to clean up known contamination. And Lewis-Patrick, of We the People of Detroit, said ending water shutoffs should be a key component of the state’s effort to battle the COVID-19 pandemic.

So far, though, a bill from Sen. Stephanie Chang, D-Detroit, that aims to curtail shutoffs has yet to receive a hearing. Lewis-Patrick remains optimistic.

“I still believe this year we’ll see water affordability ushered in,” she said, “in the city of Detroit, but also for the state and the nation.”