ALMA  — Murray Borrello, wearing khakis and a loose-fitting brown button-up, walked down a backroad during the summer of 2019 listening to the sounds of the woods. Water from the Pine River flowed slowly beneath him as he looked out over a bridge.

Borrello has been monitoring the Pine River for nearly two decades, so he is attuned to the marks of a healthy ecosystem. He and his team of students and community members test water samples from the 103-mile-long river and its tributaries for an array of pollution indicators: nitrogen and phosphorus, bacteria and dissolved oxygen. Since he began the project in 2003, Borrello said contamination in the watershed has only gotten worse.

CAFOs, or concentrated animal feeding operations, are industrial farms that raise a large number livestock or poultry. Critics of the operations, like Borrello and the Sierra Club, point to a growing body of research that reveals the dismal effects CAFOs can have on water and air quality—and on the communities around them. 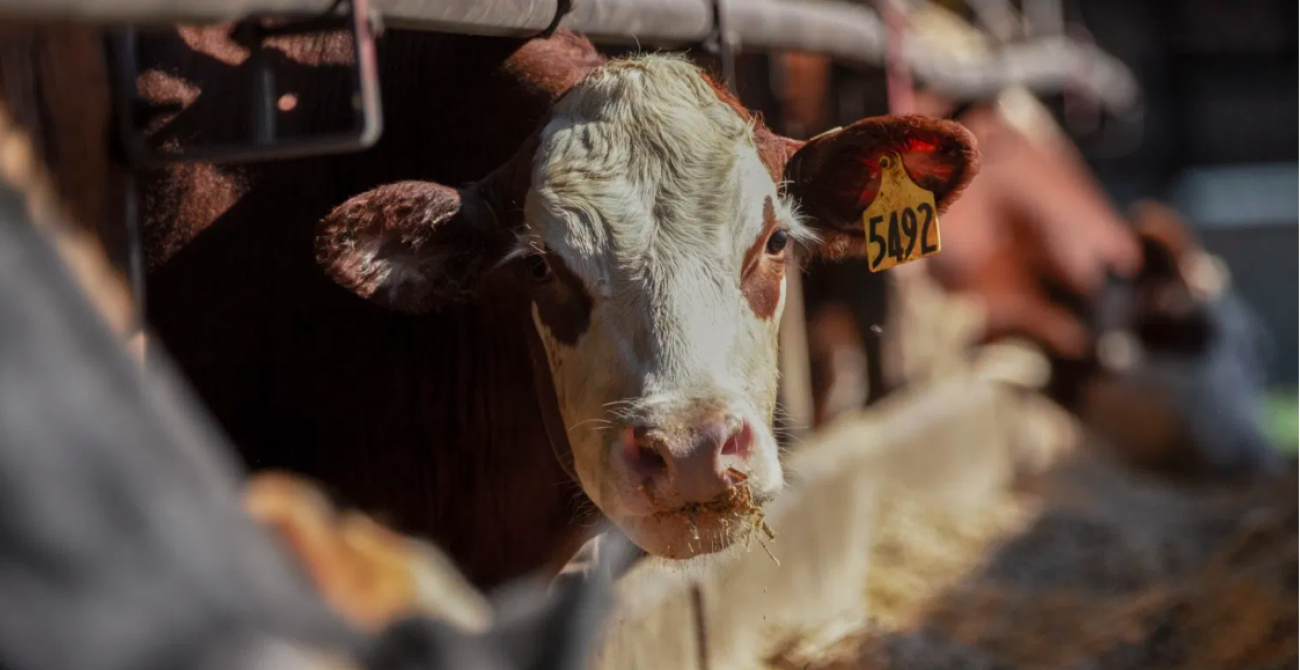 The Iowa Policy Project released a report in 2018 on the intense impact the growing number of CAFOs have had on waterways in the United States. They found evidence proving excess nutrients from CAFOs, like the ones found in the Pine River, can kill any life present for miles around a body of water. If ingested by humans, high levels of nitrate can cause birth defects, cancer, liver damage and a wide range of allergic reactions.

The Pine River is at the heart of this pollution debate. The river runs through five mid-Michigan counties, including Gratiot County, where Alma College is located and where Borrello’s team does most of its monitoring. Gratiot County is home to 27 CAFOs—the third highest of any county in Michigan—according to data from the Michigan Department of Environment, Great Lakes and Energy (EGLE).

CAFOs aren’t the only suspected source of pollution in the Pine River, whose history with contamination dates back to the 1930s. Locals can recall a time when high levels of dangerous chemicals like DDT were found in the river, dumped there by Velsicol Chemical Company, which operated from a riverside factory in St. Louis, Michigan. The company was also responsible for the infamous PBB disaster from the 1970s, in which toxic fire retardants were inadvertently mixed into livestock feed, resulting in one of the worst mass poisonings in U.S. history. The site where Velsicol once stood is now one of three EPA-designated Superfund sites in St. Louis.

But as cleanup of those legacy chemicals begins, new threats to the Pine River are taking center stage: dysfunctional septic tanks for one, but also runoff from local farms and CAFOs. These contemporary pollutants are the center of lively argument about water quality in the 21st century, a discussion whose consequences can be measured in regulatory costs, environmental degradation, and farm profits. How much waste comes from any one pollution source is highly contested — and contentious. 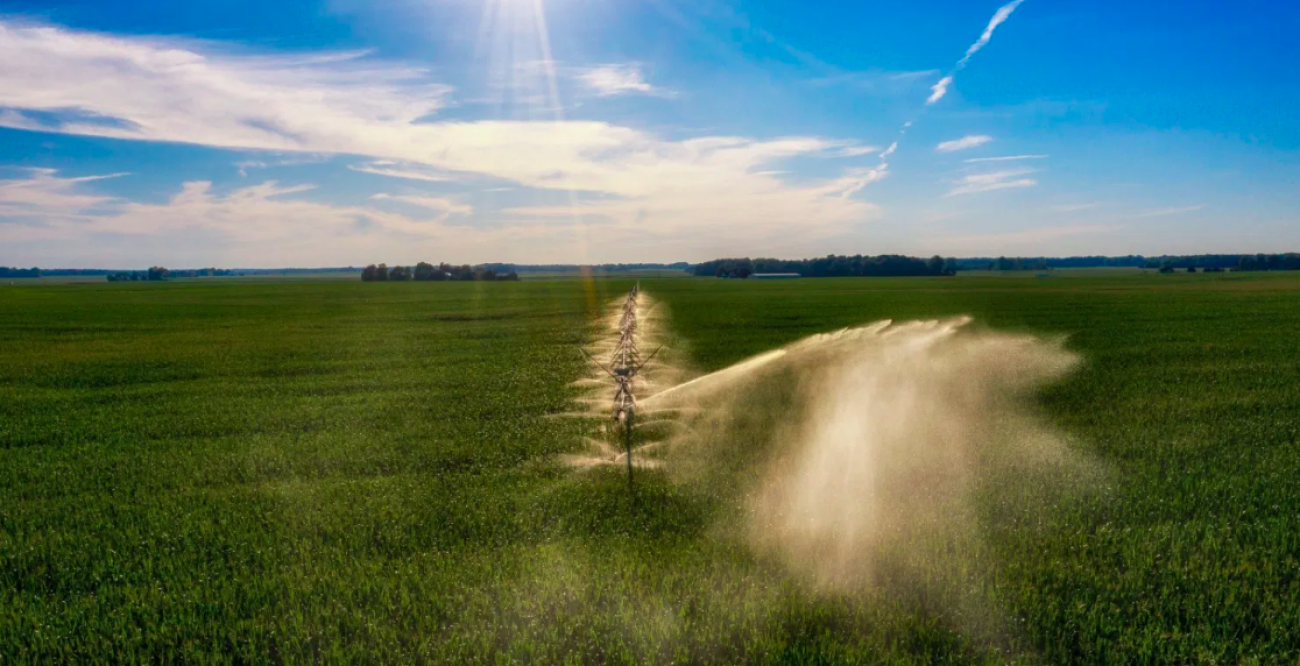 Nothing about the pollution in the Pine River is particularly unique. Contamination from leaky sewage systems is common throughout Michigan, the only state without a comprehensive septic tank management law. Agriculture, on the other hand, is the country’s leading cause of river pollution.

Pollution more broadly is affecting waterways in other parts of the country too. An investigation from 2017 showed that nearly a fifth of all Americans were exposed to unsafe drinking water from decades of industrial dumping, farming pollution, and deterioration of water distribution pipes.

Gratiot County residents aren’t the only ones dealing with farm pollution. Every year residents living around Lake Erie experience harmful algal blooms due to agricultural runoff. In Ohio, large-scale dairy and livestock farms that are too small to be classified as a CAFO aren’t regulated. Manure from cows, hogs and chickens wash into the Maumee River, which flows into Lake Erie.

CAFO waste can pollute surface water with an excess of phosphorus and nitrogen, two nutrients that cause algal blooms. In a process called eutrophication, algal growth cuts off sunlight and robs the water of oxygen, either killing aquatic life or forcing fish and amphibians to migrate to an area with more of the dissolved gas. Borrello witnesses this process occur year after year in the Pine River. At the end of the summer, he said, the river is caked in green slime.

“Even just simply looking at the river, seeing the algae in the aquatic vegetation choking the river, and then finding some excuse of why we shouldn't be changing our practices is just beyond me,” Borrello said.

In Gratiot County, it has been too easy for locals, government officials, and polluters themselves to turn a blind eye.

Tim Keeton, a biology professor at Alma College who is part of Borrello’s monitoring team, says the biggest roadblock in their work is getting around the Michigan Farm Bureau.

The American Farm Bureau is a national organization, with chapters in all 50 states, that represents the American agricultural industry. Its influence as a lobbying group can be compared to groups like the National Rifle Association. In Gratiot County, Borrello and Keeton said the Farm Bureau has done everything it can to stop the public from blaming CAFOs for pollution in the Pine River.

“If you talk to the Farm Bureau, they would say that that's all leaky septic tanks,” Keeton told Circle of Blue. “If you talk to people that kind of sit down and do the math and study the environment around here, they're going to say, no, it's got to be mostly feedlot manure applications.”

Laura Campbell, the director of agricultural ecology for the Michigan Farm Bureau, told Circle of Blue that based on a watershed management plan for the county published last December, there’s evidence to support both theories.

The goal of the watershed management plan was to give the community a clearer idea of what was contaminating their water so that they could put together an effective plan to clean it up, Julie Spencer, administrator of the Gratiot Conservation District, told Circle of Blue. The plan does that, and now “there’s no excuse to continue polluting the river,” she said.

Spencer said she thinks it’s important to focus on both animal and human sources of pollution, which has made her unpopular among many in the community. “My goal is clean water. Period,” she said. “Whatever it takes to clean the Pine River is my goal. I will not take sides and I will help anyone who asks for my help.”

Campbell said that the findings in the plan can help the community come together, instead of continuing to point fingers at one another.

That includes everyone, even local farmers.

Matt Cary is a third-generation farmer at Cary Pioneer Farms, which started out as a small farm. Over the generations, the family acquired more land, transforming the farm into a large-scale operation, growing crops on 4,100 acres and raising over 2,000 cattle every year, earning it CAFO status.

Cary, who now runs the business alongside his father and his brother, owes the majority of his success to his grandfather, who started the farm in 1944 and was what Cary described as nothing short of a “visionary” who was ahead of the curve on more recent sustainability measures like soil testing and spot application of manure.

Farming is in the family’s blood, said Cary, who has worked on the farm since he was 16. “I couldn’t imagine any other way of life,” he said, concluding that at the end of the day, they’re just “a large family farm.”

This echoes the Farm Bureau’s stance. “Permitted livestock are not huge soulless corporate industries,” Campbell wrote in an email. “Our permitted farms are family-owned businesses just like smaller farms.”

Keeton disagrees. “The regulations that these feedlots have to deal with are very different than what most industries have to deal with,” he said, adding that any farm with thousands of animals on it is “an industry and it needs to be treated as such.”

The newest permit, revised this year, bans application on frozen ground and considerably limits application on fields. It is currently being contested by groups like the Michigan Farm Bureau. They, along with six other agricultural advocacy groups and more than 160 farms, submitted a petition in late May of this year, arguing that the regulations overstep EGLE’s regulatory authority. Until a decision on the newest permit is reached, regulations from 2015 will still be in effect.

Campbell said the Michigan Farm Bureau feels that the permit’s requirements are, at the very least, hardly backed by science and that the costs of keeping up with the new standards could put some farms out of business entirely.

Cary shared the Farm Bureau’s concerns. “I'll be the first to tell you, some regulation is not a bad thing, because there's people out there that need that push a little more than others,” he said. But when such strict regulations are imposed, it leaves farmers little time to prepare for change, he said.

Bruce Washburn, an environmental quality specialist from EGLE’s Water Resources Division, told Circle of Blue that the regulations are intended to minimize pollution in waterways like the Saginaw Bay, into which the Pine River eventually flows.

Borrello and other environmental groups argue that the permit doesn’t go far enough to protect Michigan’s waterways. However, neither he nor Keeton blames the farmers. “It’s our conviction that regulations are the problem,” Keeton said.

Borrello does not anticipate that lawmakers – of any party – will take action to reduce farm pollution. “I have no confidence that anybody, Democrat, Republican, Independent, the governor, the attorney general,” he said, “has any desire whatsoever to do anything positive related to protecting our waters from agricultural impact.”

The role of CAFOs in the national food system is even being called into question. At the end of 2019, Sen. Cory Booker (D-NJ) introduced the Farm System Reform Act, which would eliminate CAFOs entirely by 2040. The bill gained support from Democratic colleagues Bernie Sanders and Elizabeth Warren, but it has not moved out of committee.

What little faith he does have left, Borrello puts in the next generation. “The only hope I have is that the young people will start voting and start asking questions that specifically say, ‘If we vote for you, will you change how agriculture is regulated?’”

Farms that started out small, like the Carys’, “want to be good stewards,” Borrello said. “I think they are doing everything to the letter of the law. And the law just doesn’t protect the environment.”