New regulations that aim to reduce pollution in Michigan waterways from farm animal manure are in legal limbo, after an appeal from farming groups who argue the measures go too far.

A coalition including the Michigan Farm Bureau, other farming industry groups and individual farmers has filed an administrative challenge to Michigan's updated general permit for large animal farms, arguing that the state overstepped its regulatory authority by creating new pollution controls that limit their ability to spread manure on farm fields during the winter.

The Michigan Department of Environment, Great Lakes and Energy adopted the new regulations in a March revision of the state’s general permit for concentrated animal feeding operations, or CAFOs, after months of negotiations with industry groups, environmentalists and others.

The change was intended as a step to address nutrient pollution that plagues waterways from Saginaw Bay to Lake Erie, as well as inland lakes and streams.

In a May 26 petition to the Michigan Office of Administrative Appeals, the farming coalition argued that the manure spreading restriction and other limits in the new permit “have a tenuous relation to water quality” and will harm food production in Michigan.

In interviews with Bridge, farming industry advocates said they believe the permit places an undue burden on farmers by reducing the amount of land they can farm, and when and how they farm it.

“At some point in time, the regulatory burden becomes so much, it’s not financially feasible to absorb it,” said Ernie Birchmeier, a livestock and dairy specialist with the Michigan Farm Bureau.

Environmental groups who have advocated for tighter controls on manure pollution slammed that claim as baseless and said they are considering their options for intervening in the case.

“The ag industry feels like they should be immune from regulations that they don’t come up with,” said Tom Zimnicki, agriculture program director with the Michigan Environmental Council. “That’s really what it boils down to.”

CAFOs are large feedlots where animals typically live in close quarters rather than grazing pastureland. Their manure is often stored in lagoons or other storage facilities before being applied to farm fields as fertilizer.

Nitrogen, phosphorus and other nutrients in the manure help plants grow. But when too much is applied to soil  — or frozen ground that can’t absorb it — manure containing those nutrients can run off into nearby waterways. There, it can cause toxic algal blooms that are dangerous to humans and wildlife. Bacteria from the manure can also linger in the water, making it unsafe to drink; or nutrients can leach into the groundwater and contaminate wells.

Scientists and regulators have identified manure from CAFOs as a significant contributor to nutrient pollution in the Great Lakes region, including the toxic algae blooms that turn Lake Erie green every summer.

Michigan’s new permit covers large operations with cows, pigs, chickens and other animals numbering in the hundreds and thousands  — about 260 farms in total.

Because such facilities produce and store large amounts of animal waste in a confined area, they are regulated as so-called point sources under the Clean Water Act — along with wastewater treatment plants, factories and other facilities where pollution stems from a single discernable source — and require waste disposal permits that don’t apply to smaller livestock farms.

Michigan updates its permit every five years. The new permit released this spring bans the state’s largest concentrated animal feeding operations from spreading manure on farm fields as fertilizer from January through March, with some exceptions. 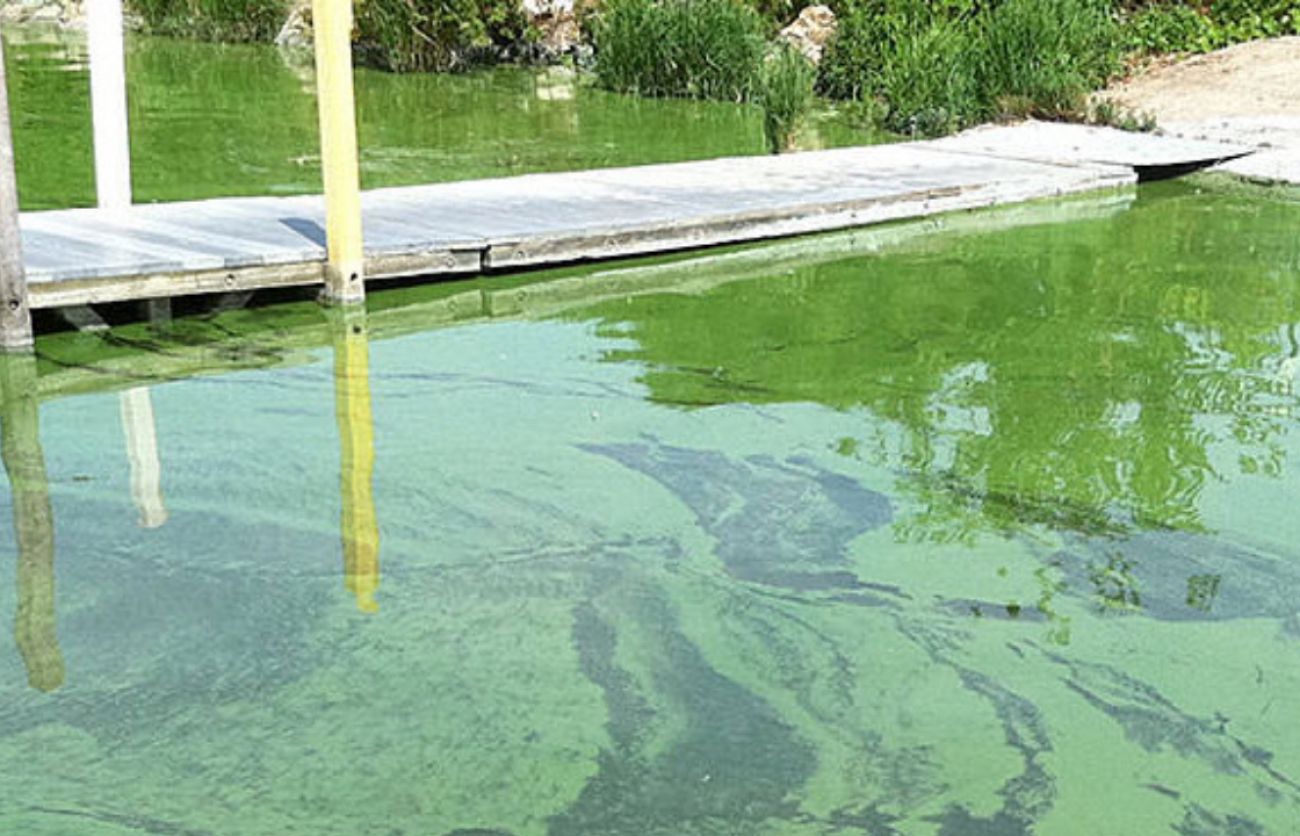 Farms can still apply manure during restricted months if they provide regulators with advance notice, can incorporate the manure into the ground immediately, and if snow and frost levels fall below a certain threshold, among other caveats.

Bruce Washburn, an environmental quality specialist in the state’s CAFO program, said the move is designed to respond to nutrient runoff problems that plague waterways near CAFOs.

“Data tell us that January, February and March are high-risk runoff months,” Washburn said, noting that EGLE staff has responded to “several” instances of manure leaching into waterways during those months.

“We’re trying to take that out of the equation so we can protect water quality,” he said.

The farm coalition’s complaint specifically contests several permit conditions, including the restriction on winter manure spreading, mandates to maintain a vegetation buffer along surface water bodies and other features, and limits to the amount of phosphorus that can already be in soil when manure is applied.

Bob Dykhuis, whose Dykhuis Farms operates several southwest Michigan sow farms, said while he supports “the spirit” of EGLE’s attempt to address nutrient pollution, he disagrees with the approach. There are often days in March, Dykhuis said, when the weather has warmed and the soil is thawed and dry — ideal conditions, he said, to fertilize ahead of spring planting. Now, applying manure on those days is off-limits.

“There’s this assumption that manure is running over the surface,” Dykhuis said, “when if it’s done right, it’s carefully controlled and held by the soil.”

News of the industry challenge irked environmentalists, who say from their perspective, Michigan’s new permit doesn’t go far enough. They had lobbied for an outright ban on manure application in winter, for instance.

Rebecca Wolf, a senior organizer with Food and Water Action and part of a committee of environmental groups that pushed for tougher regulations in Michigan, said the permit’s exemptions amount to “loopholes” that continue to leave area waterways vulnerable to pollution.

Still, Wolf said, the new regulations are “a step in the right direction” and environmentalists want to see them maintained.

As Great Lakes governments aim to grapple with the region’s chronic algae bloom problems, reducing CAFO manure pollution has emerged as a key priority for regulators throughout the region. In a report made public in January, the international Great Lakes Water Quality Board published a series of policy recommendations for states and Canadian provinces to address the problem.

Among them: Requirements for “permissible timing and amount of manure application” that could include restrictions on winter application.

Jon Allan, U.S. co-chair of the international board who formerly ran the Michigan Office of the Great Lakes, said he’s not surprised to see squabbling emerge on how Michigan will deal with its nutrient management problems.

How Michigan addresses the problem is up for debate, he said, but in the end, more action is needed to protect public health and reduce the pollution that appears in the region’s waterways every summer.

“Lake Erie ain't where it should be,” he said, and neither are many other waterways throughout the Great Lakes region. “Everybody’s got to share that burden, and that includes the way we dispose of agricultural manure.”