Algae is again fouling Lake Erie. Thanks a lot, Ohio.

Across western Lake Erie, a giant green algal mass is again forming and it’s the largest in three years. How big is it?

So big it can be seen from space and, at 620 square miles, is about bigger than the largest cities in Michigan (Detroit), Ohio (Columbus) and Indiana (Indianapolis) put together.

Not just freakishly huge, the unsightly, globby green mass is prompting beach advisories about swimming in Ohio and Michigan and prompted worries about a repeat of 2014. That’s when toxic algae caused Toledo to shut its water plant, leaving over 500,000 people without running water for nearly three days.

But don’t blame Michigan this time.

Just five years after that dramatic water shutdown, environmentalists and state officials praise Michigan farmers for reducing the algae-feeding nutrients that can run off the land and into the lake.

The efforts of hundreds of farmers in southeast Michigan to filter runoff and limit the loss of phosphorus –  used to fertilize crops – have earned them the appreciation of state leaders on both sides of the border.

“The growers care,” said Jim Johnson, director of the environmental stewardship division of the Michigan Department of Agriculture and Rural Development.

Combined with major reductions at Detroit’s biggest wastewater treatment plant, Michigan is well on its way of meeting a goal –  set by Michigan, Ohio and Ontario officials – of reducing phosphorus releases into the Lake Erie basin by 40 percent by 2025.

Already, Michigan has reduced phosphorus releases by 36 percent since 2008, the benchmark year. One of the biggest reductions came from the Detroit sewage plant, which empties into the Detroit River that feeds Lake Erie.

And farmers, who contribute an estimated 85 percent of the phosphorus found in the lake, have lowered their discharges by 26 percent, Johnson said.

Despite those reductions, the algae continues to grow in Lake Erie, prompting warnings to avoid contact with the algae.

That’s because the far bigger problem lies in the fertile land in the Maumee River watershed across northwest Ohio and on into Indiana, an area of 4 million acres, 90 percent of it farmland (there are roughly 10 million acres of farmland in all of Michigan). 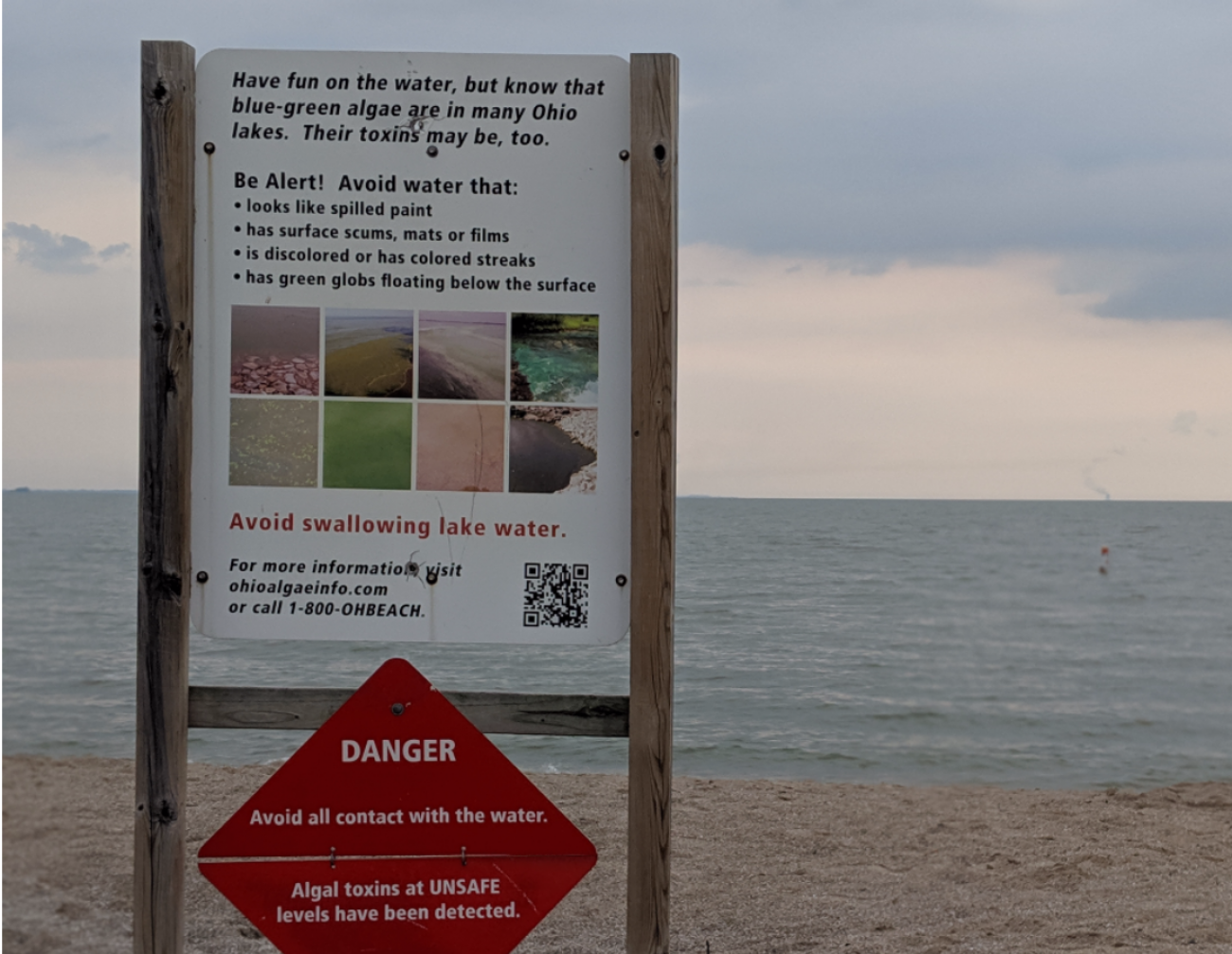 Ohio officials marvel at how Michigan’s farmers have moved so quickly. Part of it is topography and soil –  Michigan’s hills and dirt help slow phosphorus while much of Ohio is sandy, flat and clay-lined – creating almost racetracks for phosphorus.

“It’s been more difficult [in Ohio],” said Sandra Kosek-Sills, an environmental specialist for the Lake Erie Commission, created by the Ohio Legislature to manage the Lake Erie Protection Fund and advise Ohio’s governor on the lake.

While Michigan’s efforts to tame nutrient-rich runoff is doing well in southern Michigan, they’re not restricted to the Lake Erie basin.

What makes algae grow in Lake Erie can make algae and weeds grow in almost any body of water, from inland lakes to the state’s streams, rivers and bays.

Officials have watched algal blooms on Saginaw Bay and on inland lakes across Michigan. On the western side of the state, researchers and activists are working to clean Lake Macatawa, which cuts through Holland on its way into Lake Michigan and has seen an increase in bacteria fed by farm runoff.

In some lake communities, residents are discouraging fertilizer because of its impact on area waterways and can affect swimming and fishing.

For farmers, the motivation to cut down on runoff is twofold –  care for the land and environment but also cost. Fertilizer is expensive and can cost $100 an acre. They’d prefer it stay in the soil where the crops grow rather than get washed out into the lakes and streams.

“The farmers are already doing an amazing job. They’re using just as much fertilizer on the plants as they need,” said Laura Johnson, director of the National Center for Water Quality Research at Heidelberg University in Tiffin, Ohio, which has monitored water quality in the Lake Erie watershed since the 1970s.

But despite farmers’ efforts to apply just as much as they need, anywhere from a few ounces to a pound can wash away –  a tiny fraction of the total. That’s enough, multiplied by millions of acres of farmland, to trigger huge problems downstream, Heidelberg’s Johnson said.

“The problem is the water goes into Lake Erie and Lake Erie is really sensitive to phosphorus,” she said. Lake Erie is the shallowest and warmest of the Great Lakes, contributing to its fragility.

So far this summer, despite the large presence of algae, the water supply in Toledo, which supplies a half-million people, is safe. But researchers continue to monitor the water as others look for ways to reduce phosphorus flows even more.

Despite its reduced role in fueling the algae problem, both former Gov. Rick Snyder and current Gov. Gretchen Whitmer, have committed Michigan to helping Lake Erie.

“We’re a part of this and we have a role to play in the solution to this,” MDARD’s Jim Johnson said.