Election officials and law enforcement across Michigan are prepared to remove and arrest anyone attempting to interfere with Tuesday’s primary, Michigan Secretary of State Jocelyn Benson said Monday.

“If there is a law that is violated that would call for an arrest, certainly arrests would be made,” Benson said during a Monday media event. “We hope that everyone who is present in any polling place throughout the state of Michigan on Election Day … will simply follow the rules, follow the law.”

“If that doesn't happen, then there will be consequences, ranging from removal to arrest based on the severity,” Benson continued.

Benson said election officials around the state are prepared for the possibility of disruptions and said the department will continue to combat misinformation about the legitimacy of the 2020 election results that former President Donald Trump has continuously and falsely claimed were fraudulent.

“I will not tolerate any efforts to delegitimize any aspect of our process,” said Benson. “I'm very hopeful that we'll see a smooth process just as we did in 2020, although looking into 2020, we know that even a smooth process can yield a lot of post-election shenanigans,” she said.

The Secretary of State position is up for grabs in November. Benson, a Detroit Democrat, was first elected in 2018 and is running for a second and final four-year term. Her presumed Republican challenger is Kristina Karamo, an Oak Park resident and a 2020 poll challenger who rose to prominence after questioning the state’s election results. 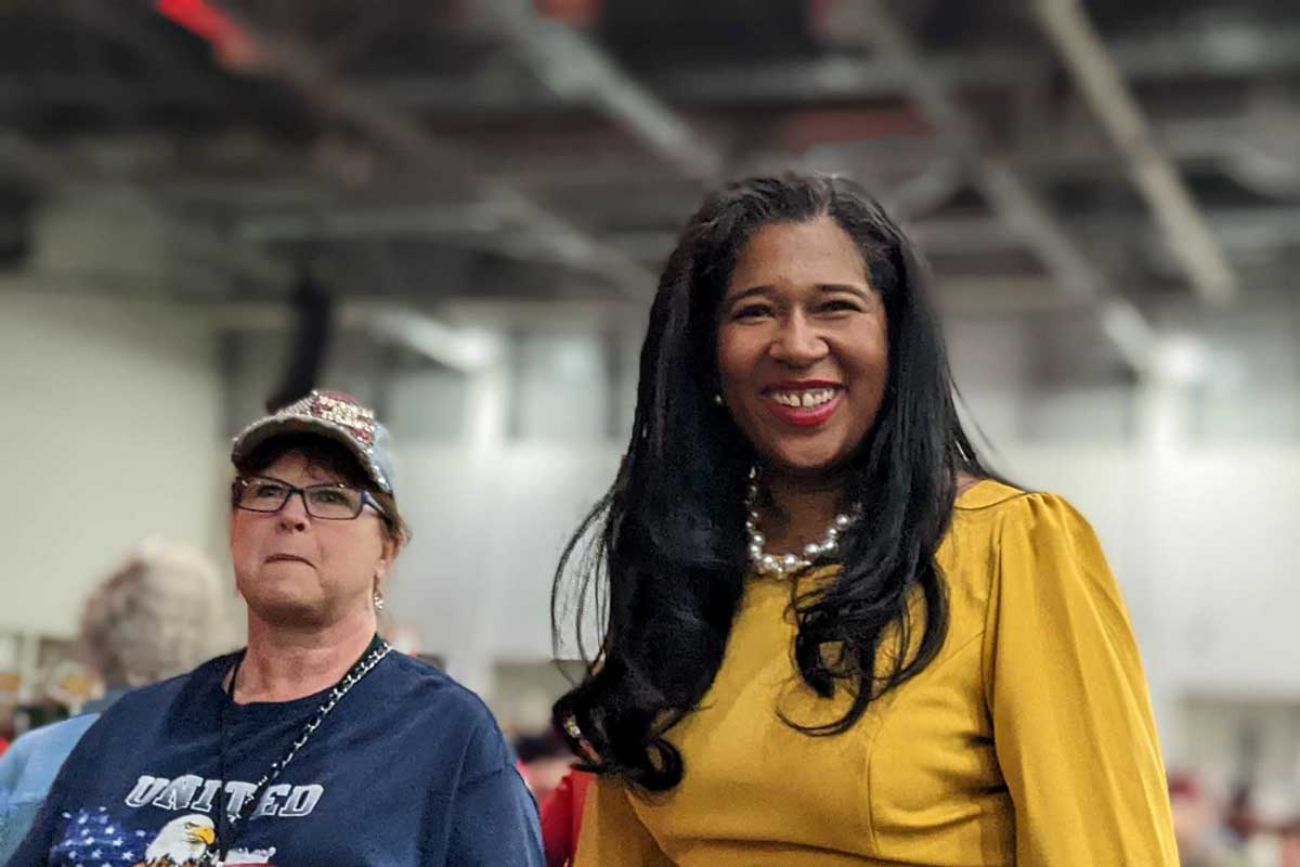 Karamo has long claimed she witnessed fraud at Detroit’s absentee counting board while working as a poll challenger in November 2020. She submitted an affidavit on an “incident report” document cited in a lawsuit seeking to overturn the official results, and as a candidate has frequently called for a “forensic audit” of the 2020 election.

Among other things, Karamo claimed that an election supervisor told a clerk to “push through” contested ballots that favored Democrats and that ballots were delivered between 3 a.m. and 3:30 a.m., a claim that has been widely debunked.

During a separate Monday media event, Karamo also said she was told that only four poll challengers were allowed per 24 tabulation machines, which she argued limited challengers’ ability to observe the process.

She criticized Benson’s handling of elections thus far and called on her office to “ensure that poll challengers have adequate access to supervise the election process.”

“We're not saying illegal things will happen — I'm not saying that,” Karamo said. “We just want to make sure that they won't.”

Election officials have vehemently defended the 2020 process, and Benson has referred to the proceedings as the most secure in Michigan history.

Benson said Monday that clerks around the state have been working to increase the transparency of the election process, inviting the public to watch tests of voting machines and being more proactive about sharing election information.

She said that “runs alongside an escalating effort to take information and twist it to further political or partisan gains,” urging voters to inform themselves about the election process and avoid misinformation campaigns.