Tuesday's order vacates an unprecedented ruling that access to literacy is a right, but an attorney for plaintiffs, including Jamarria Hall (above), says a settlement deal with Michigan Gov. Gretchen Whitmer is already final. (Bridge file photo by Mike Wilkinson)

LANSING — The full U.S. Sixth Circuit Court of Appeals has agreed to rehear a major Detroit schools literacy case and reconsider a groundbreaking panel ruling that students have a fundamental right to a basic education.

It's not immediately clear whether Tuesday's order from the 16-judge appeals court will impact a settlement agreement announced last week between plaintiffs and Michigan Gov. Gretchen Whitmer that had been seen as a significant victory for Detroit and its much-maligned school system.

An attorney for plaintiffs said the settlement is already final.

Michigan's Republican-led Legislature was among the intervening parties that had asked the full appeals court to rehear the case after last month's unprecedented ruling by a three-judge panel.

The case, filed in 2016 on behalf of several Detroit students, argued Michigan controlled Detroit public schools for years and allowed them to deteriorate to such a degree that literacy was practically impossible.

In a split 2-1 panel decision on April 23, Judges Eric Clay and Jane Stranch agreed, calling access to literacy "a right."

"Its ubiquitous presence and evolution through our history has led the American people universally to expect it," read the majority opinion from Clay and Stranch, both appointees of Democratic presidents.

"And education – at least in the minimum form discussed here – is essential to nearly every interaction between a citizen and her government."

But Michigan's Republican-led Legislature, in asking the full court to rehear the case, argued that Detroit is already one of the state's better-funded districts on a per-pupil basis, disputing claims the district is so underserved it violated the fundamental constitutional rights of students.

In court filings, an attorney for the Legislature called the panel decision a "breath-taking attack on federalism" and argued the financial implications for Michigan – "and the extraordinary breadth of the panel's holding" – warrant a full review.

A majority of the 16 judges who serve in the Sixth Circuit voted to rehear the case, according to a brief order handed down Tuesday that vacated the panel ruling, suspended any associated mandates and put the case back on the docket as pending appeal.

The full appeals court, which includes 11 judges appointed by Republican presidents and five appointed by Democrats, could be more sympathetic to GOP arguments.

Mark Rosenbaum, lead attorney for the plaintiffs and director of the Public Counsel Opportunity Under Law project, questioned the appeals court order given the recent settlement with the Whitmer administration.

"We are disappointed that the court took this case en banc, but it is a bedrock principle of our Constitution that federal courts only adjudicate live controversies and this case is settled, over, and moot,” he said in a statement.

Whitmer spokesperson Tiffany Brown said Tuesday evening the administration was “reviewing” the order, and she did not offer further comment.

Whitmer, a Democrat, inherited the lawsuit from her Republican predecessor. She recently agreed to settle the case and pay $3 million to seven student plaintiffs and the Detroit Public Schools Community District to fund school literacy programs.

Whitmer also agreed to pay $94.4 million for literacy efforts in Detroit schools. But that would have required approval from lawmakers, who already are bracing for budget cuts because of the coronavirus pandemic.

The full court vacated the panel decision in the Detroit literacy case, meaning it is no longer considered precedent setting, but Rosenbaum said that does not mean judges will decide to over-rule the panel on the merits of the case.

"There's never been a case in history, anywhere, where a decision was reversed where the case had first been settled," he told Bridge.

The Detroit case has drawn nationwide attention from scholars, activists and economists who saw the potential of a case that could expand federal constitutional rights to, in effect, include a right to a minimal level of education that includes the ability to read.

— Ron French contributed to the article. 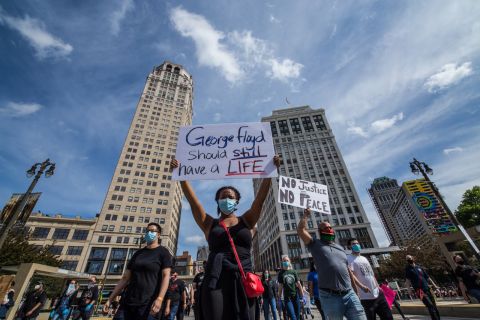 What happened in Detroit and the streets of at least 35 other cities reflects the raw state of urban America. Months of dealing with a killer virus. Surging economic despair. Then another viral video emerged of a Black man killed while being arrested by a white policeman in Minneapolis. 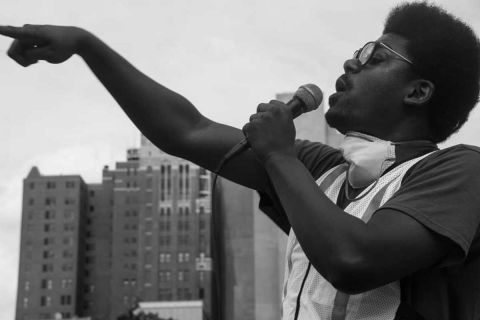 The killing of George Floyd, a black man, by a white policeman in Minneapolis is the catalyst for nationwide protests in at least 150 cities, suburbs and small towns. Police brutality is only part of what draws Detroit protesters. Gen Z and Millennial organizers are advocating for something new. 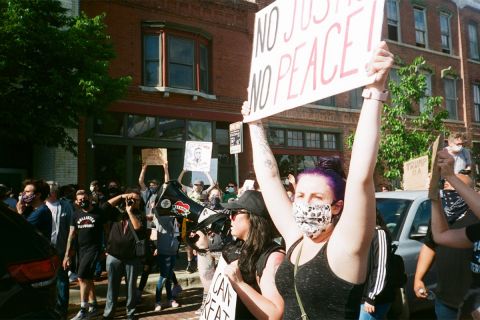 How to be an ally in Michigan protests against injustice, police brutality

What a headline! Can you imagine one such as “Liberal court to hear abortion rights case?” Not likely. I think Bridge can do better. Actually, a leftist state government agreeing to send your tax dollars to Detroit isn’t much different than the sweetheart virus tracking deal Gov W tried to send to her cronies. That might be the real story here.

Honest headlines from The Bridge?

THAT would read something like this: "Michigan Politicians who actually represent their state by showing fiduciary responsibility, call into question the governor's settlement made to shakedown artists, by asking for an appeal to full court."

I’ve said before that this case could well be a law filled with unintended consequences. As the US House has fabricated a law intended to be an assist to the victims of the virus, we find it is filled with every imaginable liberal dream, but you will only know the details of you pass it. And so it goes in the Detroit right to literacy law. We already give more dollars per student to Detroit than almost any other district. Where in the law is there any check on accountability? In the past they have been provided money for books, only to find later that these books were stored in a forgotten warehouse and never delivered to the classrooms. And the list of former misuse of provisions goes on and on.

Please tell me what will be done with the $94million to guarantee literacy. Learning is a two way street. You just can not buy literacy.

Still waiting for reporting that says what sections of the Constitution the judges In the initial ruling used to base their decision. Come on Bridge, lets see some in-depth reporting. This is a basic Constitutional lawsuit. Can we please bring some Constitutional background into this story?