It could make a great final chapter of a book: A doomed library is saved by the small checks of book lovers, and one huge donation from an internationally known author whose novels are among the most popular on the library’s shelves.

Romance novelist Nora Roberts donated $50,000 Sunday to help keep the doors open at a Michigan library that was defunded in early August in a spat over LGBTQ-themed books.

The famous author’s donation pushed the cumulative total raised by two GoFundMe campaigns over $245,000, the amount the Patmos Library was expected to lose in 2023 because of the loss of taxpayer funding in Jamestown Township, in Ottawa County. The outpouring of donations followed Bridge Michigan’s account of the taxpayer revolt.

In a comment left Sunday on the GoFundMe page which she contributed to, Roberts wrote that she would have donated more, but “50k is the limit GoFundMe allows for donations. If you’re short of your goal, please contact me. I’ll make up the rest.”

Donations made so far by more than 4,000 people from as far away as Australia should be enough to pay utilities and staff salaries at least into 2024.

“There were a lot of texts flying around this morning” after Roberts’ donation was received, Larry Walton, president of the Patmos Library Board, told Bridge Michigan Sunday. “We are extremely grateful for Nora Roberts’ generous donation, and to the thousands of others who donated.” 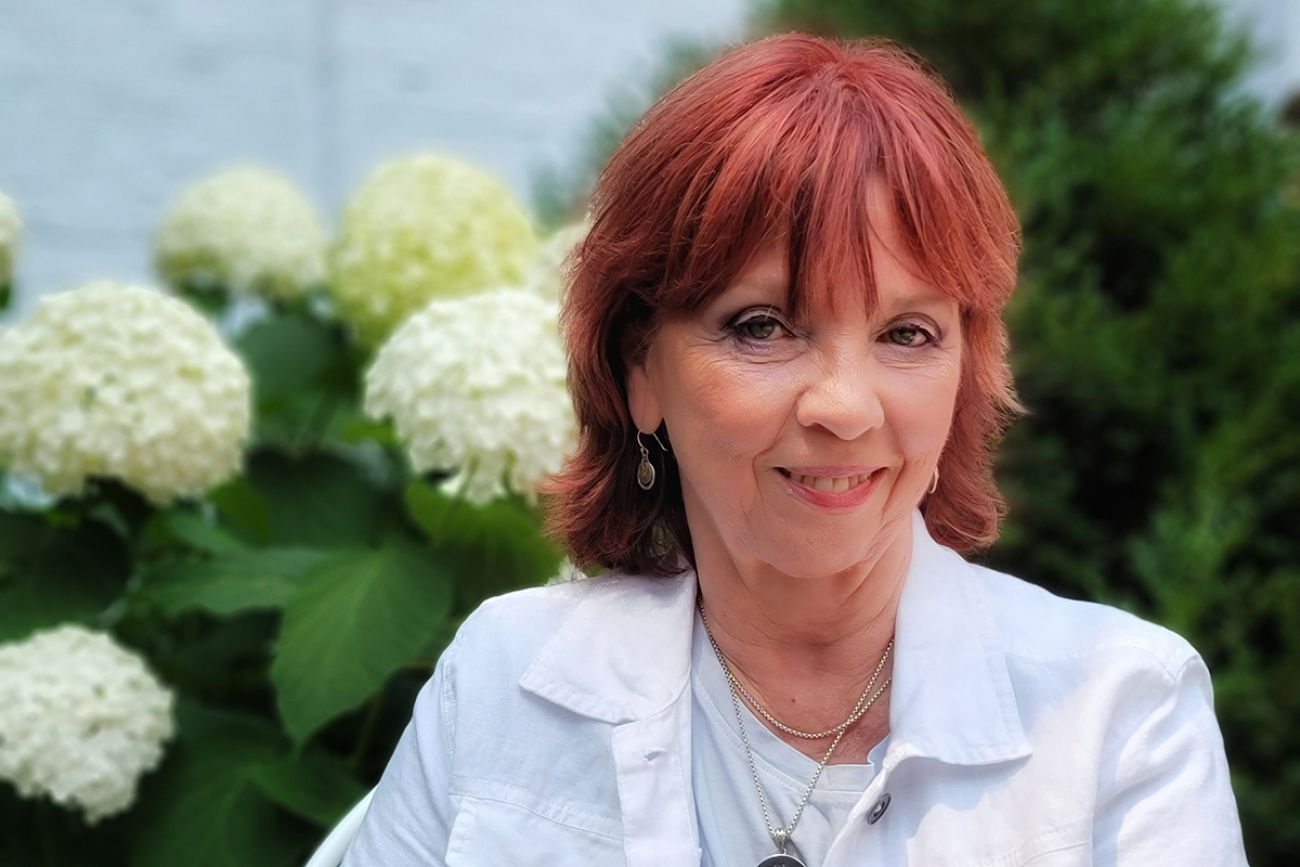 Nora Roberts has written more than 225 romance novels, with sales exceeding 500 million books. She is also a fierce defender of librarians. Over the weekend, she donated $50,000 to the Patmos Library in west Michigan to keep its doors open following a controversy over LGBTQ books. (Courtesy photo of Nora Roberts)

The jaw-dropping fundraising haul is a stunning turnaround for a small west Michigan library that until recently appeared fated to be a victim of simmering culture wars in this conservative community.

On Aug. 2, an operating millage to support the township library was defeated 62 percent to 37 percent. That millage — a tax on property owners — provides 84 percent of the Patmos Library’s annual budget. Without the $245,000 that millage provides annually, the library was expected to have to close by the fall of 2023.

A “vote no” campaign was organized by community members upset by LGBTQ-themed graphic novels in the library. One, “Gender Queer: A Memoir,” is the story of the author’s coming of age as nonbinary, and includes illustrations of sex acts. Several other books community members protested against, including “Kiss Number 8” and “Spinning,” are stories of teens in same-sex relationships, but do not include illustrations of sex acts.

The library refused to remove the books, but did move “Gender Queer” behind the counter so library patrons would have to request it.

Patmos Library Director Amber McLain resigned this spring over the demand from some residents to remove books, telling Bridge she had been harassed online and accused of indoctrinating children. Interim director Matthew Lawrence resigned later for similar reasons.

Before the millage vote, a large yard sign a few blocks from the library accused the library staff of “grooming” children.

Bridge’s chronicle of the defeated millage sparked national media attention to the library, which is believed to be the first in Michigan to lose taxpayer support because of LGBTQ books. Jesse Dillman, the coordinator of the GoFundMe campaign that had raised more than $240,000 as of Monday, said he launched the campaign hoping to raise a few thousand dollars for the library, and has been stunned by the outpouring of support. A separate GoFundMe campaign had raised more than $7,000 as of Monday.

While donations have come from across the United States and a few foreign countries, Nora Roberts is the most well-known donor and by far the largest contributor.

Nora Roberts, 71, is the author of more than 225 romance novels under her name and under the pen name J.D. Robb. She has sold more than 500 million books worldwide. Forbes estimates the Maryland novelist’s net worth at $420 million. She has donated more than $50 million to various causes, including through the Nora Roberts Foundation, which supports literacy, children’s programs, the arts and humanitarian efforts.

Patmos Library, serving a township of 10,000 people, has 144 Nora Roberts books in its collection, compared to about 90 total books with LGBTQ themes.

“Libraries are treasures, opening the door to books and stories for all,” Roberts said Sunday in an emailed statement to Bridge Michigan. “Librarians, to me, are the guardians of those stories. I find the idea of librarians — who offer community services beyond reading — facing threats and attacks, a community library facing defunding both appalling and sad.

“It’s an honor for me to stand up for the Patmos Library and its staff.”

While contributions from donors have been encouraging and will allow the library to stay open for now, such funding isn’t a long-term solution, said Walton, the board president. The library will ask voters a second time to approve an operating millage, in the November election.

Library volunteers will have more resources to fight for a millage this time. For the August vote, a millage committee had “less than $1,000” to spend on marketing, Walton said. Now, a small portion of the money raised in the GoFundMe campaigns will be used to “communicate to the community” before the November vote.

The majority of the funds will go toward operating expenses of the library – a huge relief to Walton and the library staff. “We were trying just [to]hold It together,” he said.

Critics of the LGBTQ-themed graphic novels argue they are trying to protect their children from images and ideas they deem inappropriate for their age.

On the day of the August millage vote, Amanda Ensing, one of the organizers of the vote No campaign, said the defunding of the library is “not a political issue, it’s a Biblical issue.”

Dean Smith, president of the Jamestown Township Planning Board, told Bridge recently that the vote to defund the library was a backlash in the conservative community to a culture some view as antagonistic to their beliefs.

“People have just had enough of that type of thing,” Smith said

Now, the outpouring of donations from around the country as well as the support of one of the nation’s most well-known authors have reinforced the library staff’s commitment to keep the controversial books, Walton said.

“The books will remain exactly where they are on the shelves,” Walton said.