YPSILANTI TOWNSHIP—Michigan Congresswoman Debbie Dingell stood next to an electric vehicle charger on Tuesday when she was asked about her fellow Democratic colleague from West Virginia, Sen. Joe Manchin.

The charger, one of a handful in a shopping center parking lot, represents a key element for Michigan in the $555 billion environmental portion of President Joseph Biden’s $2 trillion Build Back Better bill, which faces a big hurdle: It needs every Democratic Senate vote to pass, but Manchin said on Sunday that he’ll vote no.

That announcement, by a senator from coal country, signaled that efforts to accelerate the automotive industry’s shift toward EVs through tax credits worth up to $12,500 for consumers hangs in the balance. So, too, do provisions that would upgrade energy transmission and spur U.S. development of battery production. 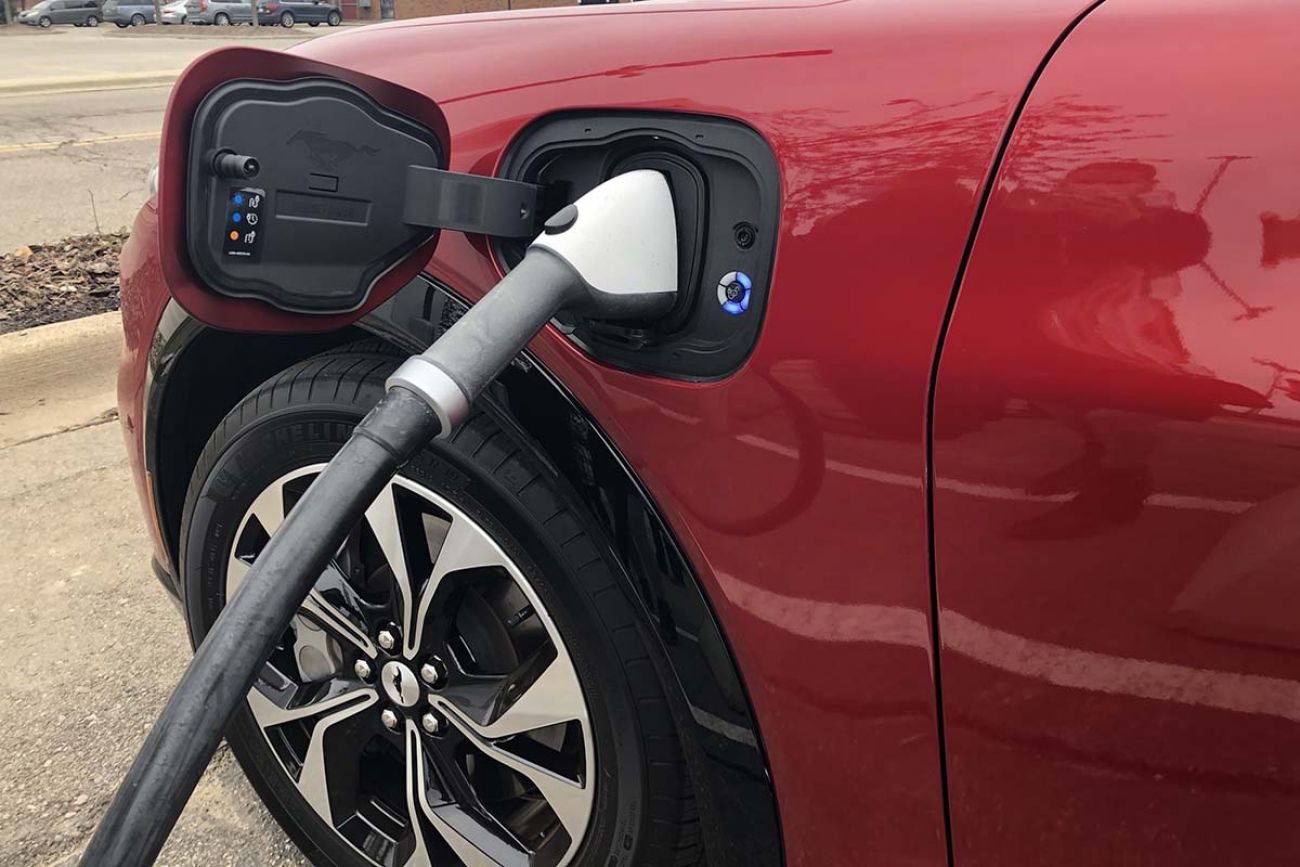 Michigan just approved $1 billion in incentives that it hopes will attract electric vehicle battery production to the state. (Bridge photo by Paula Gardner)

For a state that still counts on auto manufacturing as an economic pillar, Dingell said, efforts to keep the bill alive need to be relentless, starting in January when Congress returns from a holiday break.

“We have no choice,” said Dingell, who represents Michigan’s 12th District. “We have to get it figured out.”

Dingell spoke to reporters as she got an up-close look at an Electrify America charging station in Ypsilanti Township, located less than a mile from the I-94 interchange between Ypsilanti and Ann Arbor.

The event featured a Ford Mach-E,  the electrified SUV version of the Mustang, which Dingell plugged into the charger, and then asked questions of Ford and Electrify America representatives as the vehicle gained power.

“It’s important to talk about as we’re transitioning (to more electric vehicles on the road),” Dingell said.

Before the incentives package was passed, Dingell said, “we were not able to compete.”

Watching Ford choose Kentucky and Tennessee in September for $11.4 billion in advanced manufacturing investment set the table for the Michigan incentives. The state’s Legislature, led by Republicans,  worked with Democrat Whitmer’s office to fast-track the measure after a General Motors partnership sought tax breaks this month for a site next to its factory in Delta Township, just outside of Lansing.

While unclear whether GM will choose the state for its third U.S. EV battery factory, the incentives better position the state for the imminent wave of automaker investment in the technology, Dingell said Tuesday.

“They're (all) looking at building batteries and we need to get them here,” Dingell said. “If we don’t get some of them, we are losing generations of businesses. We need to stay at the forefront of (automotive) innovation and technology in this state.”

The bipartisan aspect of the approval should help, Dingell added. Whitmer and the Legislature had battled for two years over everything from emergency COVID orders to relief funding for schools during the pandemic, to the detriment of the state’s business climate.

State Senate Majority Leader and frequent Whitmer foil Mike Shirkey joined the governor at the bill signing Monday, praising what he called a “purposeful budgeted action” to signal the state’s willingness to work with investors.

Now, Dingell said, Congress can help Michigan lure more business to the state through grants from the Department of Defense to invest in battery development. She also urged Congress to finalize the $250 billion Innovation and Competition Act, proposed by Democratic Sen. Chuck Schumer, that seeks to bolster the U.S. semiconductor industry, which relocated much of its production to China over the last few decades. (China, meanwhile, is threatening reprisals if the measure passes.)

And, she said, there’s Manchin. “We talk a lot,” she said of the West Virginia senator.

One of his concerns that she hopes to resolve is whether the U.S. will be able to mine the minerals needed for large-scale EV production, such as lithium, cobalt and nickel.

Dingell said she’ll be convening unions involved in auto production and environmentalists to further navigate and negotiate the issues surrounding domestic mineral mining and other barriers to EV growth in the U.S.

“We sit down, we talk about it and we figure it out,” she said. “And that’s our January.” 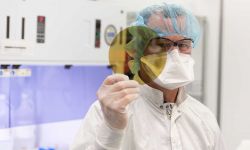 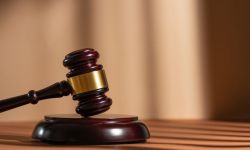