What will it take for Michigan to compete with the South to attract the biggest new factories and high-tech manufacturing?

Business leaders and economic developers say the $1 billion incentive package passed Dec. 14 by the state Legislature is a start.

But there’s another piece: electricity rates, which skyrocket in factories.

Next up in Michigan’s economic development overhaul may be changes to how industrial sites like battery plants for electric vehicles are billed for their large-scale electricity use that dwarfs what homeowners use.

Michigan is competing for those next-generation facilities, but its industrial-priced electricity — which battery plants use in massive amounts — costs 21 percent more on average than in states also vying for the investment and jobs.

Both DTE Energy and Consumers Energy want the Michigan Public Service Commission to allow them to set new rates for large-scale industry, a move that could result in new business for the utilities. Both hope to get the decision made outside of the normal rate-setting process.

The state, meanwhile, is eager to land the jobs that the new plants would bring — and lower electrical rates are a “key element” in making Michigan more attractive, said Randy Thelen, president and CEO of The Right Place economic development group in Grand Rapids.

The utilities want to trim rates by a few pennies per kilowatt hour — which can add up to millions of dollars per year for energy-based projects.

At least 10 high-tech projects — including electric vehicle supply chain facilities and semiconductor makers — are considering Michigan for about $64.8 billion in investment that would generate about 21,000 new jobs, according to Consumers.

One of the suitors is General Motors, which is expected soon to announce its third U.S. battery plant for electric vehicles. A site in Delta Township, near Lansing, is in the running for the $2.5 billion facility that would employ 1,700 workers.

The Detroit-based GM has already indicated it will build plants in Lordstown, Ohio, and Spring Hill, Tennessee.

The Lansing Board of Water and Light on Tuesday approved a resolution allowing its general manager to pursue an economic development rate proposal for GM that the utility said would result in $868 million in gross revenue over 20 years.

It’s unclear how much of a discount that represents over typical rates.

As the issue takes shape, here are seven things to know about it:

Yes, this is about Ford Motor Co.’s moves in Tennessee and Kentucky.

Making Michigan more competitive wasn’t a top-of-mind issue for political leaders for much of the year.

Then, Dearborn-based Ford chose locations in the South in September for $11.4 billion in advanced manufacturing investments. That was a gut punch that brought Democrats and Republicans together to ensure Michigan had a good shot at landing investments from GM and others.

When the Ford deal was announced, the automaker’s CEO, Jim Farley, said some of the motivation was lower electricity rates in Tennessee for the new Blue Oval City, which will include a battery plant, assembly plant and supplier park.

The average industrial electricity rate paid in Michigan is 7.85 cents per kilowatt, while it’s 5.86 cents in Tennessee.

At the same time, nine states offer economic development electricity rates. Most are in the South, which in general benefits from less-expensive sources of power, like hydroelectricity.

With the special rates for large users, the competition isn’t just hitting Michigan with a lower average industrial rate.

The math gets complicated.

The proposed new rates start simple — large-scale users would pay less than average — but it gets tricky quickly.

Consumers, which covers 62 Lower Peninsula counties including Kent, Kalamazoo and Midland, wants the new rates to be eligible for companies that use 35 megawatts at a single moment — the equivalent of about 38 times what a typical Michigan house uses in a month.

If eligible companies sign a 15-year contract, Consumers would cut rates to 4 cents to 5 cents per kilowatt hour from the average 8.28 cents it charges industrial customers.

The average electric vehicle battery plant uses five times more electricity than a typical factory. That volume is why the utility companies are willing to sell at a lower rate.

And the end costs (and savings) for a producer depends on how many batteries they’re producing.

Published analysis of the Tesla battery plant in Nevada estimated that it is using 2,300 gigawatts of electricity per year.

It is roughly twice the size of the GM battery plant under construction in Spring Hill, Tennessee, so it is likely that a similar plant would use 1,150 gigawatts — or 1.15 million megawatts.

Or, to bring it back down to cents and kilowatts, a new factory might be expected to save $23 million dollars per year if its power rate dropped by 2 cents on the smallest measure of use.

Unclear is what this analysis means for the private, investor-owned DTE and Consumers. DTE’s annual revenue was $12.17 billion and Consumers was $6.6 billion at year-end 2020.

In Lansing, GM is seeking access to 100 megawatts at a time. Over the course of a year, Board of Water and Light spokesperson Amy Adamy said, the manufacturer would use 25 percent more power than the public utility’s full portfolio of 50,000 residential customers.

Both utilities also say the lower rates won’t result in higher rates for other businesses.

Industrial customers account for about one-third of electricity used, and it also tends to be consumed at more consistent levels than within homes. That is the reason utilities say their rates are lower.

By approaching the state for a decision outside of the regular rate-setting rules, DTE and Consumers have to make the case that they can set the new rates without impacting other customers.

The new customers will be unique due to their high volume of use, which the utilities say qualifies them to come up with a new rate formula based on the incremental increase to their output — even as each rate is set by costs to the utility.

In fact, they said existing industrial customers could see a small reduction in their rates, after the utilities get accountants involved in re-allocating how they set their costs.

The proposed rates are not to be confused with what we pay at home.

Data from the federal government on the state’s rates in September shows that industrial customers — like auto factories and agricultural customers, — pay about 45 percent of what homeowners pay.

And Michigan has some of the highest residential rates in the nation.

But as tempting as it may be to say that homeowners are subsidizing businesses, that’s not the case in the state, Dan Scripps, chair of the Michigan Public Service Commission, told Bridge Michigan last fall.

He continued: “You can't have a lower rate for industrial customers, for example, that is made up for by residential customers.”

Both utilities say the change is economically necessary for the state.

The proposals would allow  DTE and Consumers to set rates for any company that meets the published criteria to get that rate in their service area.

Today, it’s possible for a utility to negotiate a special industrial rate, but those negotiations have to go before the MPSC and that adds time to the process.

With some of the negotiations underway today, Consumers said in its filing, adding time to incentive negotiations could kill a deal.

The pace is rapid, and nothing less than the state’s manufacturing backbone is at risk, Consumers argued. Manufacturing accounted for $16.7 billion in payroll in 2019, according to the Detroit Regional Chamber.

“The automotive industry is experiencing a generational disruption and is quickly adapting and transforming,” Consumers wrote in its filing.

“Michigan still has a window of opportunity to attract new businesses in the automotive and other high-tech industries, and to help Michigan’s manufacturing base transform to the new paradigm.

“The time to act is now, before the window is closed.”

Business leaders are watching this closely.

Many Michigan business groups say that competitive energy costs are critical for a strong business climate for both new investment and existing employers.

The Grand Rapids Chamber of Commerce doesn’t have a position on the two new proposals, said Andy Johnston, vice president of government affairs. The same was true for the Winning Michigan Jobs coalition of economic developers, said spokesperson Anna Heaton.

The Michigan Chamber of Commerce supports both proposals, calling affordable utility rates a top priority for its members.

“The disruption in sectors upon which Michigan’s workforce relies heavily is unprecedented, as too are the opportunities to turn those challenges into new growth for the state,” said Michael P. Alaimo, director of environmental and energy affairs for the chamber.

The proposals, he said, “will be important tools in supporting new investment into jobs and the economy.”

There are skeptics who want more scrutiny and transparency.

John Freeman, executive director of the nonprofit Great Lakes Renewable Energy Association, is among them.

He filed letters on both requests with the public service commission, challenging whether rates truly would not increase for other customers and requesting that the proposed changes instead go through normal rate-increase procedures to allow more discussion and analysis.

“DTE and Consumers assert that these new economic development rates will not increase costs for other customers,” Freeman wrote. “But they provide very limited data to support this claim and do not provide much information on how this data was generated.”

The key question, he added, “is whether as a result of providing lower electric rates for new economic development projects, other rate-payers will assume a greater portion of the cost of operating the grid.”

He said he’s skeptical, particularly because the location of a new plant and where the additional power generating capacity is located could involve variables that influence costs beyond the formulas set out by the utilities. 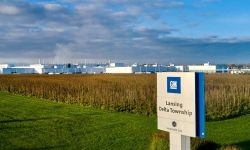 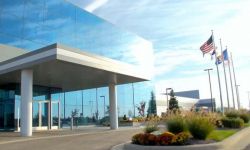 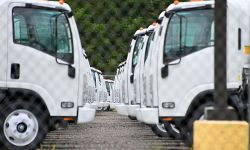