How Upper Peninsula’s Stormy Kromer, and an iconic cap, thrived amid COVID

The iconic cap of the Upper Peninsula helped to drive revenue during the pandemic for maker Stormy Kromer. Now the company said it will be distributed to stores in more states this winter. (Courtesy photo)
August 17, 2021
Paula Gardner (Email)
Business Watch
Upper Peninsula, Coronavirus Michigan

August may feel like summer in Ironwood, but this month is all about wool caps in the western Upper Peninsula city.

This is where a 90,000-square-foot factory complex is churning out the iconic six-panel Stormy Kromer winter hats as production already is trying to keep up with demand.

Wholesale orders are up 70 percent from last year, said Gina Thorsen, president of the 118-year-old brand of outdoor apparel, most of it made in Michigan. Next up is preparing for online sales through the holiday season. 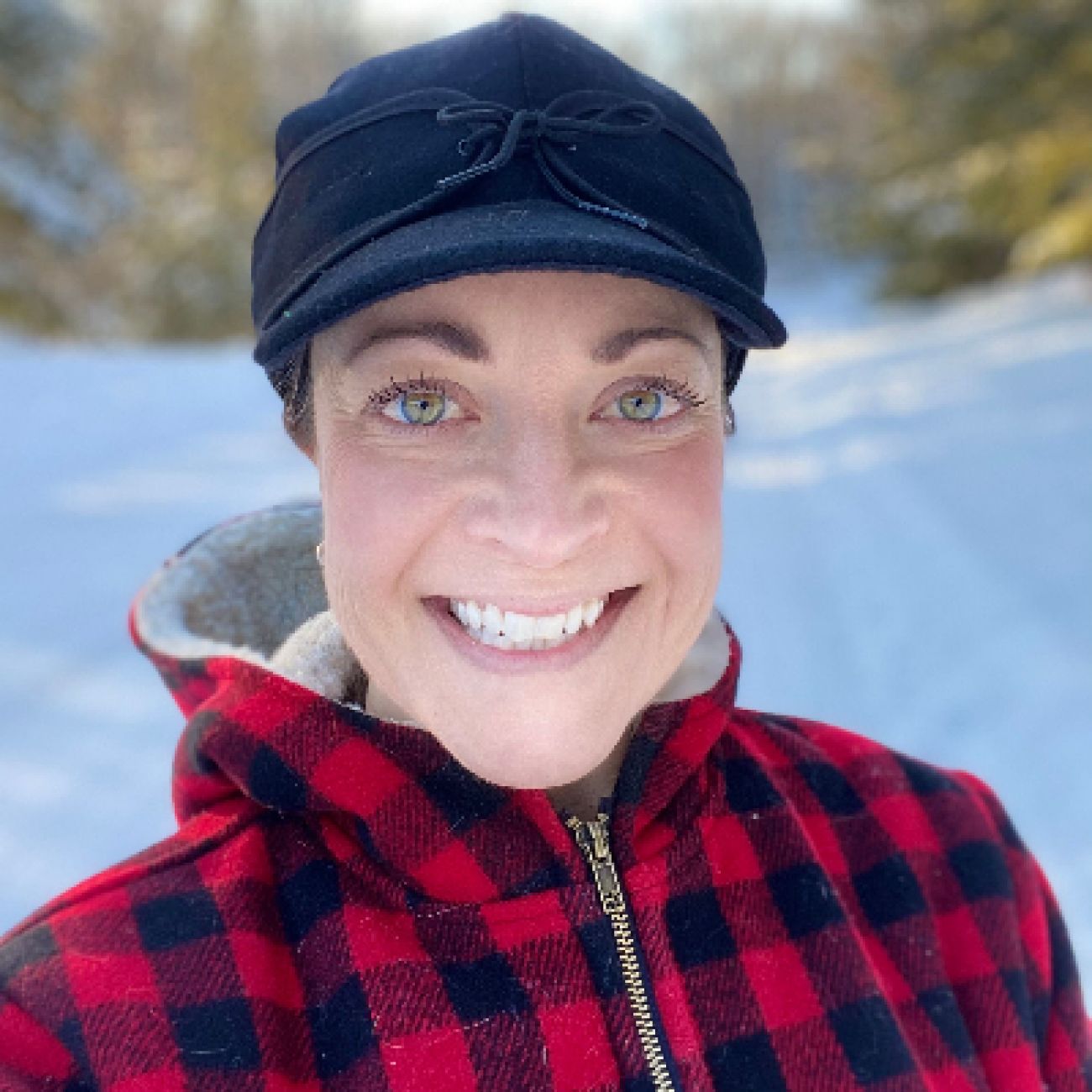 “We don’t normally work overtime in August,” Thorsen told Bridge Michigan. “But we are right now, making sure we get those orders filled.”

Stormy Kromer — known for its outdoorsy caps, some with earflaps — moved to Ironwood from Wisconsin after Thorsen’s father, Bob Jacquart, bought the company in 2001. It’s now a division of the family-run Jacquart Fabric Products sewing facility.

Over its decades, Stormy Kromer has added related products, like wool socks and work-quality mittens. In 2019, a new designer helped the family decide to add outerwear. In the past two years, Stormy Kromer customers became younger, as millennials turned them into woodsy fashion.

And then, during the pandemic, the company switched to mask production. That move, Thorsen said, helped keep the company’s employment stable at nearly 100 people and allowed it to post a 20-percent sales increase in 2020. That’s one reason the company was just named one of the annual Michigan 50 Companies to Watch in July by Michigan Celebrates Small Business.

Two big cultural shifts during the pandemic helped Stormy Kromer, Thorsen said: The switch among retailers and their customers to more online sales, which increased exposure, and an increase in people worried about socially distancing seeking to spend time in nature.

“People wanting to be outdoors catapulted the brand in big ways,” Thorsen said.

She said the company produces products for “real, authentic people who love the outdoors, who work hard, who don’t give up when the going gets tough.”

Now, as the company heads into its second winter season of the pandemic, the maker of one of the most recognizable products made in the Upper Peninsula said it is bracing for still more growth.

The company has several new contracts that broaden its reach to consumers. Tractor Supply Company sold Stormy Kromer products for the first time in 2020, putting it into 50 stores. This year, it increased the number to 150 stores and expanded the types of products. Products also will be found for the first time this year in 10 REI stores in Michigan, Wisconsin and Minnesota.

The ability to elevate production means the company may get more exposure in New England, too, Thorsen said, a long-time goal.

Its success comes at a time when Census 2020 shows an overall population decline in the U.P. of 3 percent, or about 10,000 people.

Gov. Gretchen Whitmer is traveling the Upper Peninsula this week, touting her plan for federal stimulus funding and other measures to boost employment. As part of the visit, Whitmer is touring various industries — such as forestry and manufacturing — in what she’s calling the “UP Jobs Tour.”

The region is seeking to better capitalize on its image as an outdoors destination.

“We feel renewed in what our strengths are,” Marty Fittante, president and CEO of InvestUP MI, an economic development group based in Marquette, told Bridge last week. 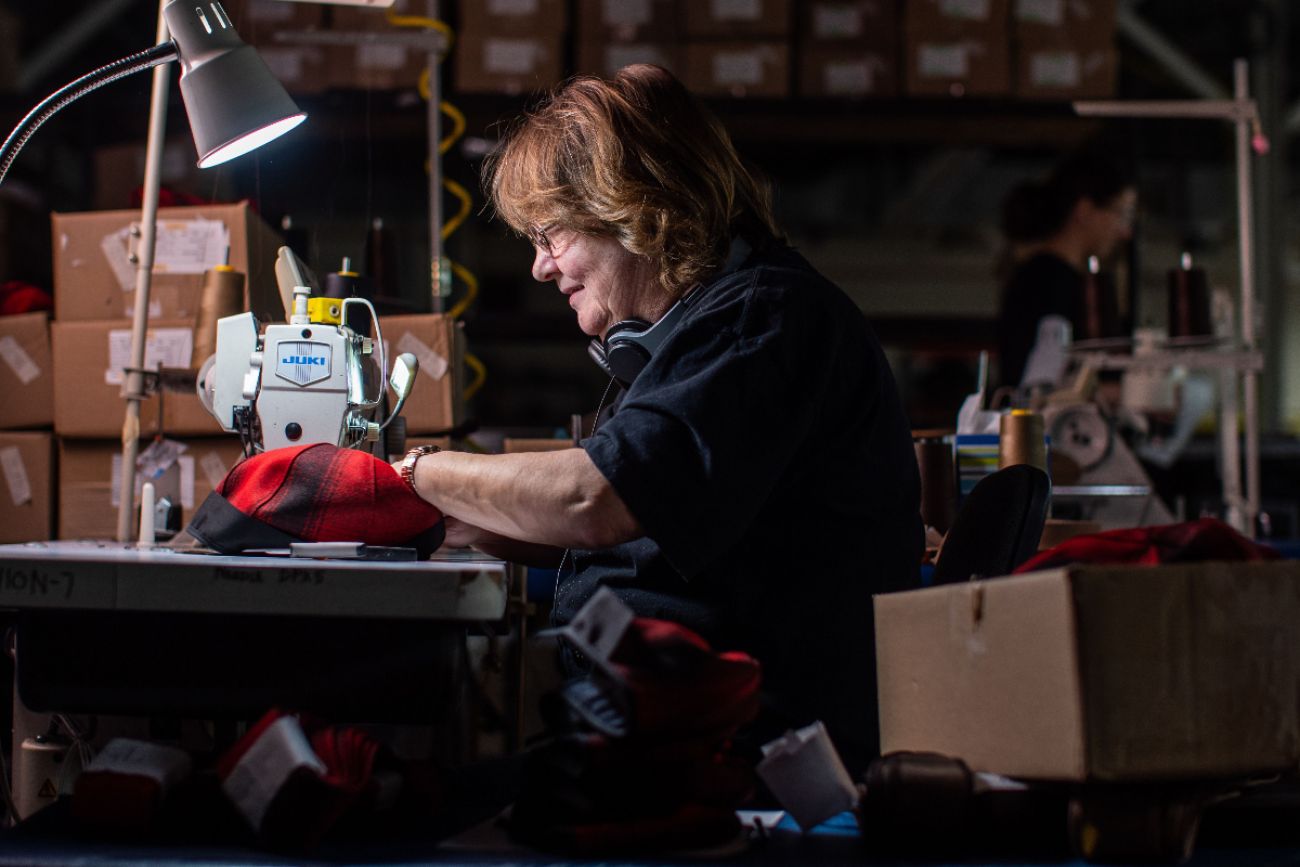 All of the Stormy Kromer hats are made with sewing machines in Ironwood, Michigan. (Submitted photo)

The cap and its many variations — a summer option, women’s designs with a fabric flower, the retooled classic with a more current profile — remains a staple. But Thorsen said the brand now looks ahead to a more diverse product line while sticking to its core: well-made clothing for people who spend a lot of time outdoors.

“To be sustainable, people can’t just know us for hats,” she said.

The company will launch its new fall line on August 25, featuring more of what’s turned into 40 percent of revenue: Clothing, mittens and pet products.

The caps are sewn in Ironwood, along with about half of the other apparel, Thorsen said. The company contracts with a knitter in New Jersey and a sock mill in North Carolina. Some of the fabric comes from a mill in Italy that works with wool and recycled fibers.

During the pandemic, Stormy Kromer, like other manufacturers, had to adapt to supply chain upheavals, with freight movement as the biggest issue. 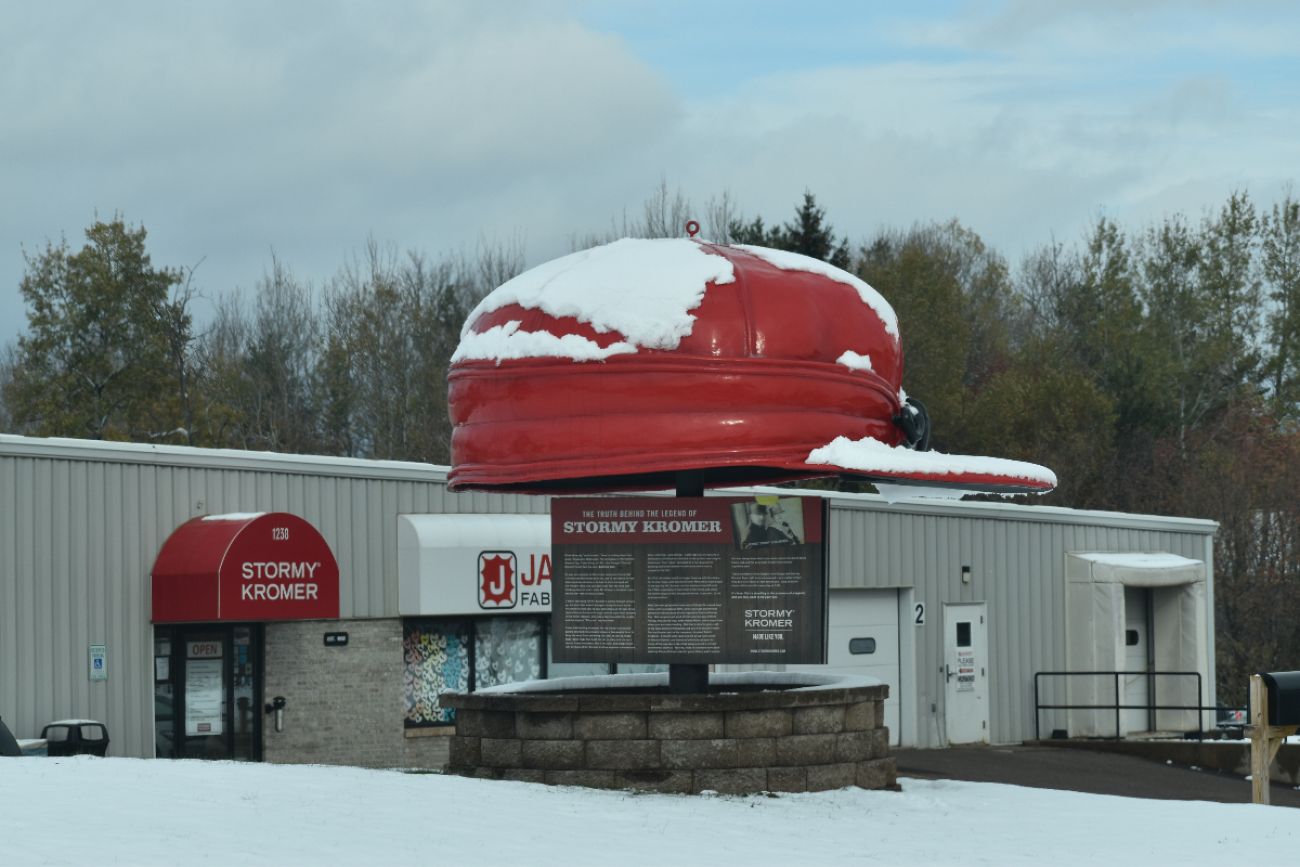 The Stormy Kromer factory, based in the Upper Peninsula town of Ironwood, employs up to 100 people. (Michele M Vogel / Shutterstock.com)

“We buy raw materials from many places all over the world,” Thorsen said. “Things are basically taking twice as long.”

Staffing also is more difficult than usual. A few shirts are now made in Central America, Thorsen said.

“Sewing in America is hard,” she said, describing it as a field where automation may make sense for hats, but not for a more complicated product, like a coat.

As a result, employees that may have done contract sewing for Jacquart have been moved to Stormy Kromer production as the company lets some low-margin work go and keeps the high-value workers producing its signature brand.

Looking ahead to the holiday season, Thorsen said it’s hard to predict where the company will end up. But direct sales online were strong through February this year, and the ongoing pandemic may help the company reach that pace again this winter.

That coupled with the second year of an expanded product line and the increase in orders that keeps the sewing machines humming this summer make the company optimistic that it won’t be vulnerable to more market dips.

“There’s been more confidence as things go on,” Thorsen said.

“We’re gearing up for a very, very, very busy four and a half months.” 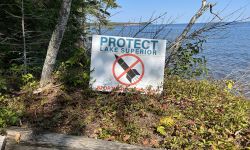