The judge also sanctioned Boyce Hydro owner Mueller for refusing to submit court-ordered evidence related to the May 19, 2020, dam rupture, which led to the worst flood in Midland history.

The sanctions follow a rough discovery phase where Mueller failed to comply with multiple deadlines, Maloney wrote in a late-September ruling. Mueller was mandated to provide evidence on May 31 but missed that deadline and a July 13 extension.

The sanctions establish several facts, Maloney wrote in a nine-page opinion. Here are the established facts in the case:

Maloney warned, "the Court's patience has its limits" when Mueller asked for another extension to provide discovery documents and ordered Mueller to respond to the state's facts "immediately."

Maloney wrote that Mueller argued for a monetary sanction in place of establishing the state's claims as facts. The Court denied the request, saying "monetary sanctions would be meaningless."

Mueller has noted that "his financial circumstances are 'dire,' and that he cannot even afford to pay his attorney…. As such, the Court finds that the non-monetary sanction of accepting the Plaintiff's proposed established facts... is an appropriate sanction,” Maloney wrote.

Since the dam's failure, Mueller's company incurred a $15 million fine from federal regulators for dam-related safety violations and now faces legal action from them as well.

It's unlikely those seeking compensation from Mueller’s Boyce Hydro will see a cent, however. The company declared bankruptcy.

For decades, federal regulators demanded Mueller make the Edenville Dam sturdier so it could withstand heavy rains and avoid flooding.

According to Mueller’s attorney Kogan, the Attorney General's office “manufactured” the court-established facts. He added that the ruling "exonerates the state” from “culpability" related to the dam's rupture.

"Frankly, this case is not even midway through the discovery period, and no evidentiary record, except for this sanctions order, has been established," Kogan said in a statement to Bridge Michigan. "But the Court order assures that no trial will be necessary."

Kogan contends the Court ignored Mueller's financial issues, "rendering him unable to hire the expert personnel needed in this complex breach litigation to cull years of voluminous records" to appropriately respond to the state's claims.

Michigan Attorney General Dana Nessel said in a statement on Tuesday that Maloney's ruling "corrects a misleading and false narrative crafted by the defendants as a propaganda campaign against the state."

"We know the owners of the dam, with their long history of neglect, are responsible for the dam's failure," she said. "This order from the Court is critical to establish a foundation of truth from which our legal actions will proceed.

The dam's failures were "foreseeable and preventable" if anyone with authority over the dam during its century-long lifespan had taken action to address its deficiencies, a team of independent investigators reported in May.

Since the failure, the independent review team and a state task force have recommended various reforms to state law, policy and funding to prevent future failures. Many of those recommendations have yet to be addressed.

Dave Kepler runs a group of Wixom Lake landowners that now own the dam and are working with the state to repair them. He said Mueller "was in control" of the dam, and "the fact he was trying to put it on others was not responsible or correct.

"It's been a very disruptive process to get through what happened," Kepler said. “But I think the community has rebounded, and we've got a plan going forward.”

Moreover, he added that Boyce Hydro should have never acquired the dam.

“If there is a lesson to be learned, there has to be transparency with the community," Kepler said."These dams provide social and environmental value. They should be moved to public ownership. We need to make sure the community is aware of what is going on." 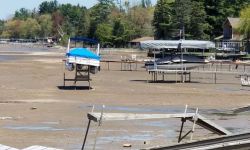 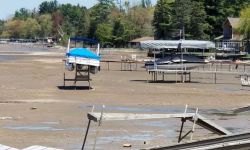