Over 45,000 residents signed up to join the Flint water crisis settlement

The Flint water crisis started in 2014, when the state tried to cut costs in the city and decided to switch Flint’s water source to the Flint River from the Detroit Water and Sewerage Department without properly treating the water. (Bridge file photo)
March 31, 2021
Sergio Martínez-Beltrán
Michigan Government
Flint water crisis

Michigan Government
Over 45,000 residents signed up to join the Flint water crisis settlement

LANSING — Over 45,000 Flint residents have signed up to receive part of the money of what may be the largest settlement in Michigan’s history.

Monday was the last day for those exposed to the city’s lead-tainted waters to register to receive some financial relief.

The amount — $641.25 million — is intended to compensate residents for their exposure to lead-tainted water and comes from the state, the City of Flint, McLaren Regional Medical Center and Rowe Professional Services Co., the company that was in charge of switching Flint’s water source in 2014.

According to a preliminary report filed Wednesday by federal court-appointed Special Master Deborah Greenspan, 45,422 registrations were screened and reviewed initially as of Monday morning.

According to the preliminary report, thousands of additional applications have been received since Friday and have yet to be screened and tallied.

Greenspan warned the court it could take longer than a week to review all claims and identify all the duplicates.

The Flint water crisis started in 2014, when a state-appointed emergency manager tried to cut costs in the cash-strapped city by switching the city’s water source to the Flint River from the Detroit Water and Sewerage Department. The failure to properly treat corrosive river water caused lead to leach from aging water pipes into drinking water, potentially exposing thousands of city residents, including children, to lead-tainted water.

The city initially dismissed or downplayed the complaints of those residents who had foul smelling, discolored water in their homes.

According to the settlement, 80 percent of the money will be used to pay out those who were children when the city switched its water source.

Those with elevated blood lead levels, which can impair cognitive skills, particularly in children, will receive a higher payment, although it's unclear how much each person will end up receiving.

The rest of the money will go to adults’ claims, claims of property damage, business losses and for special education services in Genesee County.

Meanwhile, residents and lawmakers have raised concerns over the fees attorneys representing the residents are expected to get.

According to the settlement, attorney fees of about $202 million have been requested, which is about 31 percent of the total amount.

This week, three Flint residents objected, saying the amount requested by the lawyers is too high and violates the Federal Rules of Civil Procedure.

Michael Pitt, one of the co-counsels representing the residents, said he was not available Wednesday when reached by Bridge Michigan.

In an interview with Michigan Radio earlier this month, Pitt said the request is “consistent” with other legal civil settlements in the state. He has also said those upset should turn their frustrations towards the state that on multiple occasions challenged legal relief for residents, prolonging the litigation.

"If the state of Michigan had their way, the people of Flint would have nothing, zero,” Pitt told the Detroit News Tuesday.

Last week, both the Michigan House and Senate adopted resolutions that denounce the lawyers. The resolutions state that the fees “would take away more than $160 million from the settlement fund for the children of Flint.”

“Funds in this record-setting settlement first and foremost should go to Flint children and families who have had their lives changed by the decisions made during this crisis, not to trial attorneys,” both resolutions read. 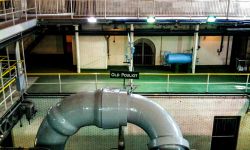 In echo of Flint, some Chicagoans wary of lead water pipe replacement 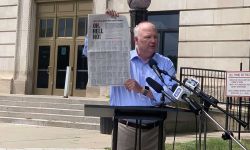 How much should lawyers make in the Flint water crisis settlement? 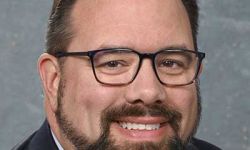