Michigan Environment Watch
Michigan cities must begin replacing lead pipes. But who has the cash?

It’s the first month of a 20-year effort to replace every lead service line connecting a Michigan home to a public water supply. Already, Jeff Lampi is predicting his city won’t meet the deadline.

“I requested an additional 10 years, so that we don’t hit the ratepayers as hard as what they’re telling us to,” said Lampi.

Lampi supervises the public water system in the Upper Peninsula city of Escanaba, population 12,160, where pipes connecting 8 out of 10 buildings to a city water main must be replaced. The city has already increased water rates twice to pay for the effort, he said, and he worries that residents, 1 in 5 of whom live in poverty, can’t handle much more.

As utilities across the state launch into a massive lead line replacement effort that is expected to be paid for largely by ratepayers, they are navigating a host of challenges, from the price to replace lead pipes, which can cost several thousand dollars per house, to where they’ll find enough contractors to do the work.

Experts say the anxiety rippling from small towns like Escanaba to large cities like Detroit lays bare a systemic problem with municipal infrastructure funding: Often, the communities with the biggest backlog of upgrades and fixes are the least-equipped financially to pay for them.

As a result, they must raise rates. That makes water less affordable for customers, so more of them may stop paying. That creates budgetary shortfalls, leaving utilities with even less income to pay for infrastructure maintenance.

“These things kind of compound upon themselves,” said Stephanie Leiser, a lecturer at the University of Michigan Gerald R. Ford School of Public Policy, producing a vicious downward spiral. “At a minimum, the state needs to step up more [with funding]. But that’s easier said than done.”

Under a 2018 rule change in response to the Flint water crisis, Michigan public water systems that haven’t yet begun replacing lead-tainted water service lines must begin this month. Michigan has given them 20 years to complete the job, although they can seek extensions by rolling lead line replacement into a broader water infrastructure plan.

Gov. Gretchen Whitmer last fall announced a combined $139.6 million in new funding to help communities comply with the rule change, and called on state lawmakers to free up more money. And some water utility officials said they are hopeful the incoming Biden administration’s emphasis on infrastructure will include new money for lead line replacements.

But so far, state and federal dollars available have paled in comparison to the billions of dollars it could collectively cost cities and towns to modernize water systems. 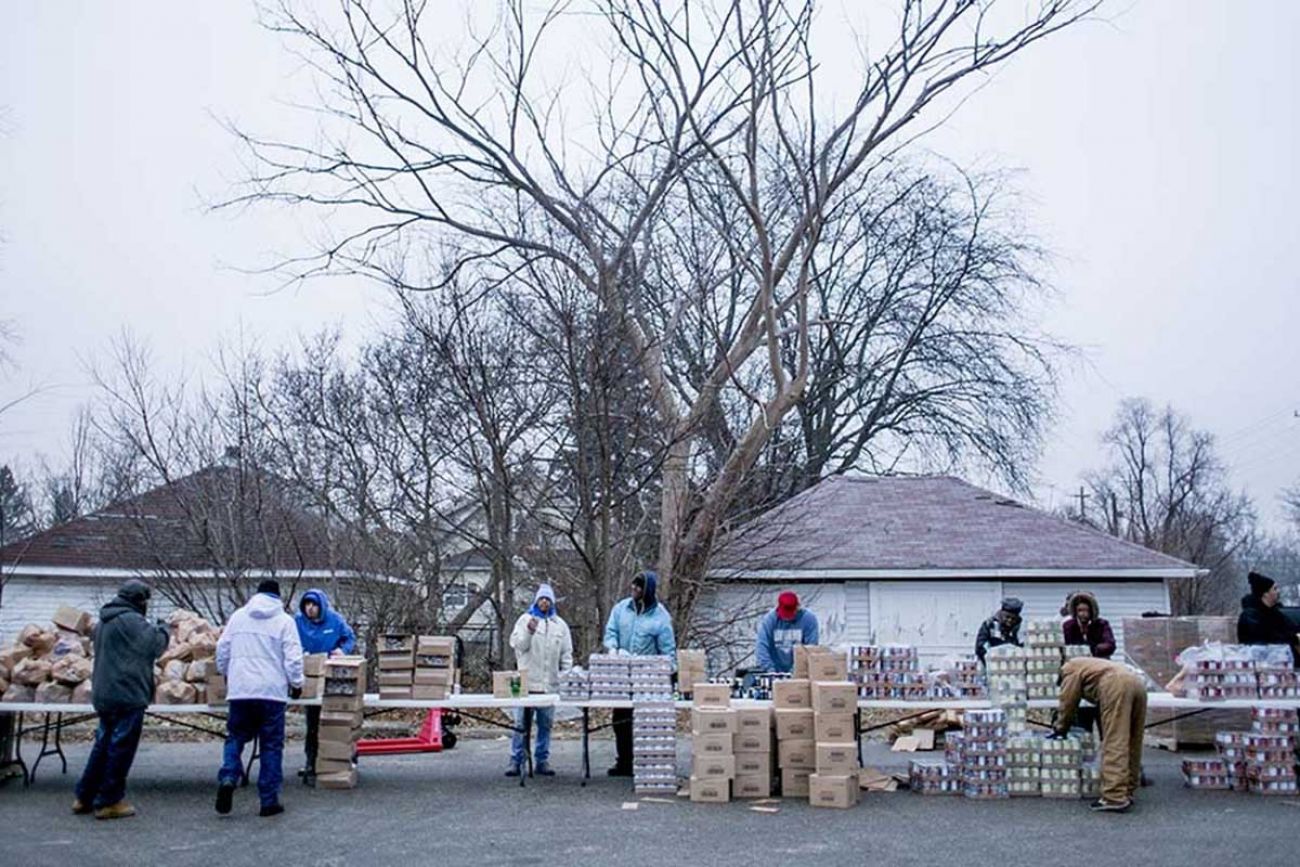 Keeping ‘poison’ out of taps

The 2018 administrative rule, enacted by then-Gov. Rick Snyder’s administration, is designed to better protect Michiganders from a neurotoxin so potent that medical experts say there is no safe level.

Lead accumulates in teeth and bones, and damages the brain and nervous system. It is particularly harmful to children, and can stunt their growth and cause permanent learning, hearing, speech and behavior problems.

“The impact is life altering,” said Mona Hanna-Attisha, the pediatrician whose research into child lead exposure helped uncover the Flint water crisis. “It’s poison ... when you recognize that, you take a step back and think ‘Oh my gosh, how could we have poison delivering our drinking water?’ ”

Though lead has been banned for decades in drinking water pipes and paint — two big sources of exposure — it remains widespread in U.S. homes built before the bans took effect.

Flint residents have first-hand experience in the perils of letting lead linger.

One in a series of financial emergency managers appointed by Snyder approved the city’s 2014 switch from Detroit’s water supply to the Flint River, without requiring anti-corrosion chemicals designed to prevent lead from leaching out of aging pipes. Lead-tainted water made its way into residents’ homes for a year-and-a-half before state officials admitted there was a problem.

On Thursday, prosecutors announced criminal charges against Snyder and several other former state officials for their role in the crisis. The state and other defendants have signed on to a $641 million legal settlement in a class action lawsuit brought by Flint residents. Lawsuits continue against the U.S. Environmental Protection Agency and other defendants.

In the wake of the disaster, Flint launched an effort to replace all of the city’s lead and galvanized steel service lines, using $97 million in state and federal funding from a legal settlement. That project is nearing its completion.

The city of Lansing finished replacing its lead service lines in 2016. But elsewhere across Michigan and throughout the nation, old lead lines remain common, particularly in older communities with homes built before lead-containing pipes were banned in 1986.

Michigan’s new rule lowers the allowable level of lead in utility drinking water supplies from 15 parts per billion to 12 parts per billion starting in 2025 and requires utilities across the state to remove all lead service lines that connect homes to water mains, as well as galvanized steel lines that are or were connected to lead lines.

It won’t be clear how many service lines need replacing until water utilities — from city water departments to condominium complexes with their own water supply — complete thorough inventories that are due to the state by 2025. The Michigan Municipal League has estimated there are as many as 500,000 lead lines in Michigan, with a price tag as high as $2.5 billion to replace them all. 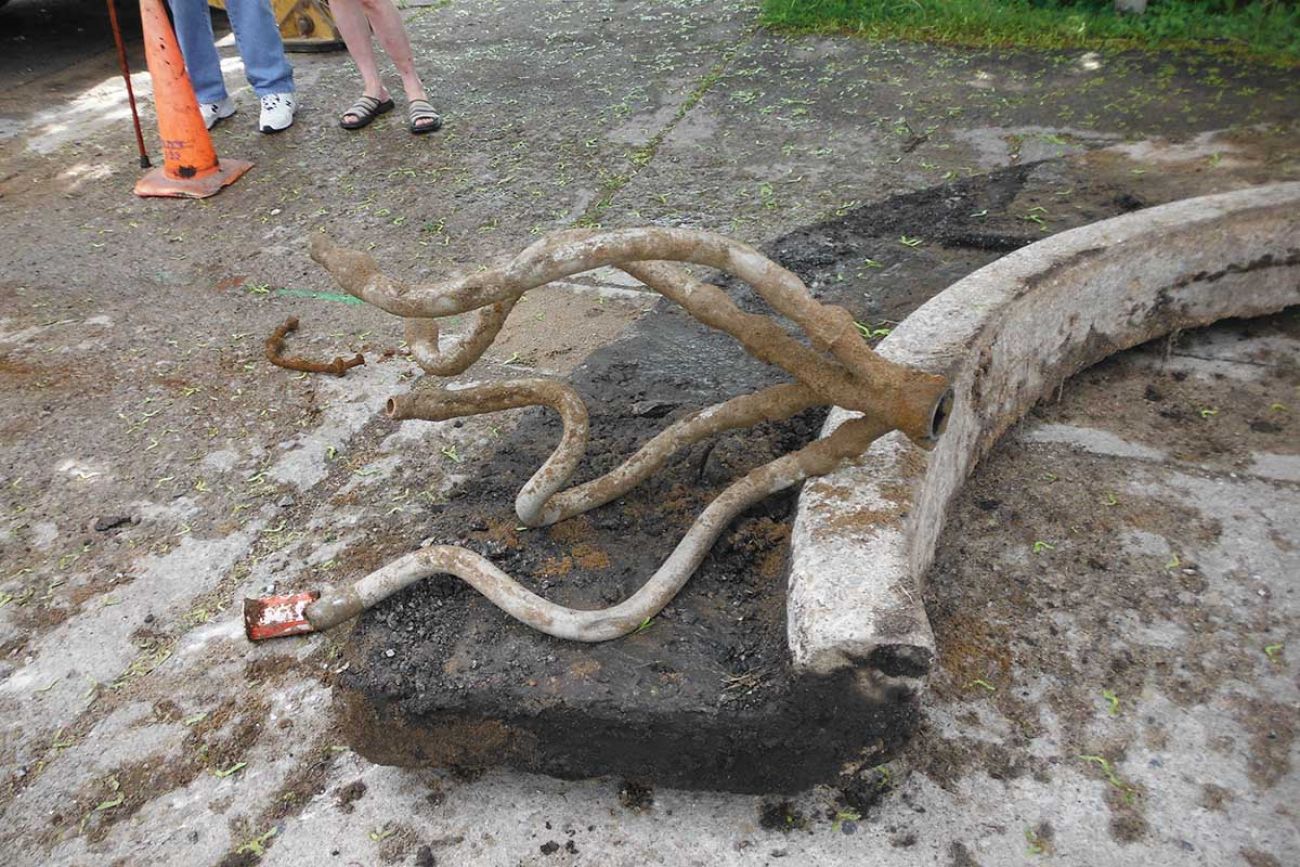 Michigan’s oldest communities, where a large proportion of housing stock predates the ban on lead pipes, will be most impacted by the new rule.

They are often rural towns or once-dense urban centers with high poverty rates and shrinking populations, where water rates are already high. Cash-strapped Flint, for instance, had the highest residential water rates in the nation at the time it was being poisoned by lead.

High percentages of lead pipes do not necessarily mean a community’s drinking water contains high levels of lead. In the Detroit suburb of Ferndale, for example, where 96 percent of service lines may need replacement, lead exceeded action levels in the latest round of testing. But many other communities burdened by lead pipes are well below the current regulatory threshold of 15 parts per billion. Conversely, some with low numbers of lead service lines, such as Clare, tested above what’s allowed.

Scientists also caution that periodic testing is not always a reliable indicator of lead risk, because it offers only a snapshot of a moment in time. And, as Dr. Hanna-Attisha noted, testing below the regulatory threshold does not mean water is safe, as the federal government also acknowledged.

In Jackson, crews have replaced 244 service lines since work began in 2018, marginal progress that city spokesman Aaron Dimick compared to “throwing a pebble in a lake.”

Tackling the remaining 11,000-plus lines, Dimick said, “will be a big undertaking.”

Past estimates put the cost figure to replace all those pipes above $170 million, while Dimick estimated $150 million. The city has hired a consulting firm to analyze ways to pay for the effort in hopes of avoiding dramatic rate hikes. Pairing service line replacement with other needed infrastructure upgrades, such as water main and road replacements, will help lower costs, Dimick said.

Jernberg worries that the sheer volume of needed replacements across the state will create labor shortages making it difficult to finish work on time.

The staggering cost figures are also fueling resistance from utilities who argue they shouldn’t have to pay.

In many communities, only the part of the line closest to the street is utility-owned. But under the Michigan rule, utilities must replace all of the line, regardless of who owns it.

Municipal advocates say they are bracing for new lawsuits from customers who don’t want to pay to replace lead lines leading to their neighbors’ homes.

“I still think at some point, you're going to see this playing out in the higher levels of the court system,” said John LaMacchia, assistant director of state and federal affairs for the Michigan Municipal League.

University of Michigan researchers, in a 2019 policy brief, called on the Legislature to “proactively resolve legal uncertainty” about whether utilities can charge ratepayers to replace the private portion of lead service lines, as Wisconsin and Indiana have both done.

But public health experts counter that every day Michigan communities wait for their pipes to be replaced is another day of unacceptable health risk. Many communities use anti-corrosion chemicals to prevent lead from flaking off old pipes. But it only takes one mishap, said Brandon Onan, lead and copper program supervisor for the state, to compromise that armor.

“If you don’t want lead in your water,” Onan said, “the only way to get there is to remove sources.”

The University of Michigan policy analysis called new funding “critical” to ensure that lead lines get replaced on time, without jacking up rates for vulnerable residents.

Last fall, Whitmer announced a strategy to increase available funding through a $500 million water spending strategy that includes $102.1 million in forgivable loans to replace lead pipes in low-income communities, plus another $37.5 million to help communities implement the new lead and copper rule.

She has called upon the legislature to work with her to find additional dollars for water funding, but legislative leaders have told Bridge that new money for water infrastructure is unlikely this year, given the impact the COVID-19 pandemic has had on Michigan’s budget.

In Escanaba, where the cost to replace the city’s pipes is expected to exceed $20 million, Lampi said the city has raised water rates 35 percent or more each of the past two years in part to cover the cost. Since the rate hikes, revenue from water bills has dropped, he said, although some of the revenue loss is likely due to other factors such as lower irrigation rates during a wet spring and installation of water-efficient fixtures in homes.

Onan, the state environment department’s lead and copper supervisor, said the state is aware of several water systems that plan to seek extensions, but agency staff won’t consider reviewing or approving those requests just yet.

“We kind of want water systems to give it a go first,” he said. “Don’t just immediately, out the gate, say ‘we can’t.’”

That also leaves time for lawmakers to come up with new funding. Drinking water advocates and local government leaders said they’re hopeful for help from a new presidential administration. Biden has said he plans to spend $2 trillion on infrastructure and energy in his first term, including lead pipe replacement, and national infrastructure investment is a topic that appears to have bipartisan support in Congress..

But money for lead pipes alone won’t fix the overarching water infrastructure problem. Janice Beecher, director of Michigan State University’s Institute of Public Utilities, said Michigan and the nation are overdue for a deeper conversation about how to ensure everyone has access to clean, affordable water.

The “go it alone” approach, in which local communities are left to shoulder most of the cost burden themselves, she said, will only produce “adverse impacts on the very families we are trying to help.”