The Flint water crisis started in 2014, when the state tried to cut costs in the city and decided to switch Flint’s water source to the Flint River from the Detroit Water and Sewerage Department without properly treating the water. (Bridge file photo)
August 20, 2020
Jonathan Oosting, Riley Beggin
Michigan Government
Flint water crisis

Update: Over 45,000 residents signed up to join the Flint water crisis settlement

LANSING — Half a decade after LeAnne Walters helped expose the Flint water crisis, the mother of four says she and her children still suffer from rashes because of the stew of toxins they ingested through their tap.

Her twin boys Gavin and Garrett, now 9 years old, see therapists because of poor hand-eye coordination and speech impairments. And they're afraid to touch anything but bottled water, even at the dentist’s office.

But aside from the fact her rash was “flaring up again real good” on Thursday morning, Walters told Bridge she was feeling relieved: Michigan Gov. Gretchen Whitmer and Attorney General Dana Nessel confirmed the state agreed to a preliminary $600 million settlement in a class-action lawsuit by Flint residents, the majority of which would go to city youth.

If approved in federal court, the settlement would be one of the largest in Michigan history.

Flint residents who have questions about the settlement and how to participate can reach plaintiff attorneys online at flintwaterjustice.com, at 866-536-0717 or by texting “Flint” to 47177.

“I do feel it’s a form of justice, but by no means does this fix what has happened,” Walters said moments after the state announced the deal. “It’s not that the adults are being left out of this. It’s the fact that children are the ones who this impacts most because of their brain development.”

Under the agreement, nearly 80 percent of settlement funds distributed to Flint residents would go to children who were minors when first exposed to Flint River water, which the city began using in 2014 while under control of emergency managers appointed by then-Gov. Rick Snyder.

The state approved the switch from the Detroit Water and Sewerage Department, largely as a cost-saving measure, and spent months downplaying residents’ concerns about the quality of the water.

While the state and plaintiffs have 45 days to work out a final “compensation plan,” Nessel’s office said adults would get about 18 percent of the net settlement proceeds, after attorney fees and court costs, including some compensation for property damage. Other funds would be used to settle business claims and provide other “programmatic relief.”

The settlement would give the state liability against future lawsuits over the manmade crisis. Any Flint resident who takes a payout would be unable to take further civil action against the Michigan government, its agencies or current and past employees, including Snyder and former Treasurer Andy Dillon.

Residents who do not participate are free to move forward with other litigation against the state, though lawyers for the plaintiffs urged community members to participate if they’re eligible. Michael Pitt, one of the lead attorneys representing plaintiffs, said the settlement isn’t perfect, but “overall it is very good.” “It’s a fair settlement and we believe fervently it is in the best interest of the Flint community,” he said. “We should not ever let the perfect be the enemy of the good.” 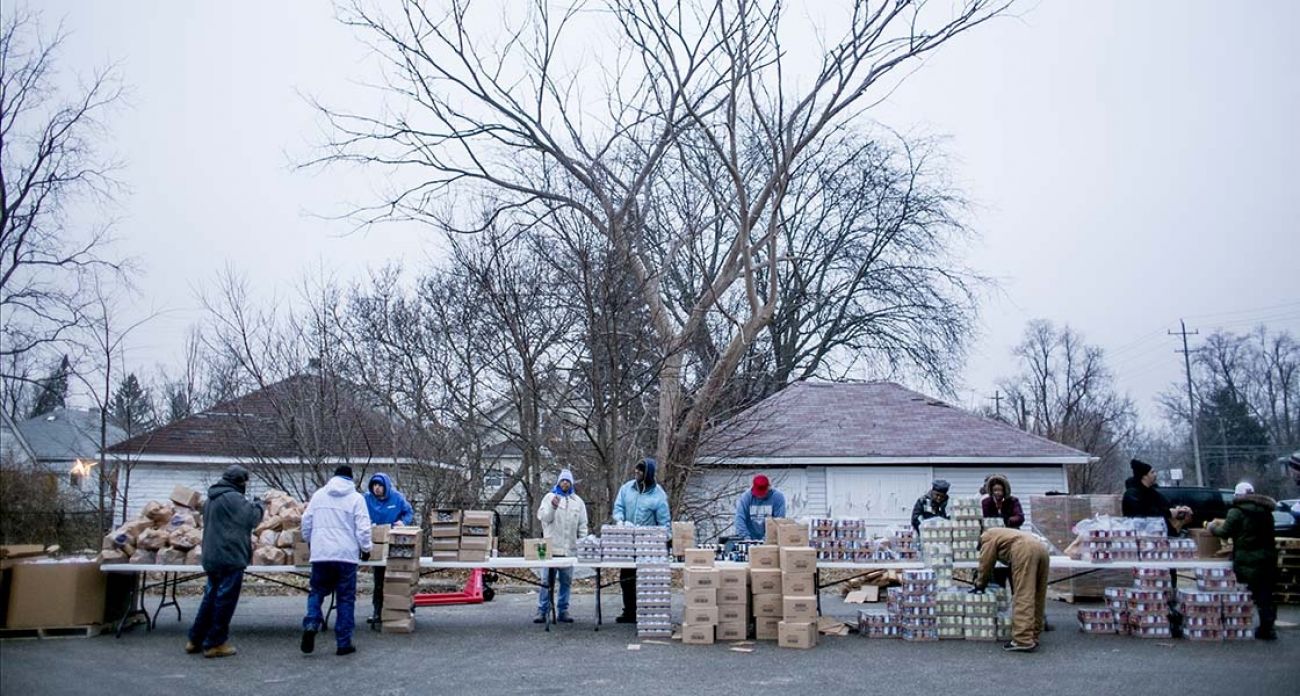 Once the settlement is finalized, claimants can apply for payment online and will be required to submit “evidence-based” information showing how they’ve been affected, Pitt said. That could include blood lead level test results, evidence of lead ingestion or contamination, proof of cognitive deficiencies and more.

Approved claimants will get a payment in a lump sum and receive it early next year through a trust. The exact dollar amount each resident will be eligible for will depend on the number of people who make claims on the funds.

The agreement also includes $35 million reserved for “the forgotten children” who can’t immediately apply for a portion of the settlement for any reason. Once they turn 18, any child who has been affected can apply for payment in the future.

Attorneys for the plaintiffs are still pursuing lawsuits against two engineering firms — Veolia and Lockwood, Andrews & Newnam (LAN) — which advised the state and city during the crisis, and against the U.S. Environmental Protection Agency for alleged negligence.

The settlement is “just the beginning of the end. We’re headed now in the right direction,” said attorney Trachelle Young. “This partial settlement says Flint matters. It says we matter.”

Others are skeptical about the settlement, taking a “wait and see” approach, said City Councilman Maurice Davis.

The settlement has been a long time coming for Flint residents like Walters, who helped expose the crisis in 2015 by going around state and local officials who had insisted the city’s tap water was safe even as her children broke out in rashes and her own eyelashes fell out. 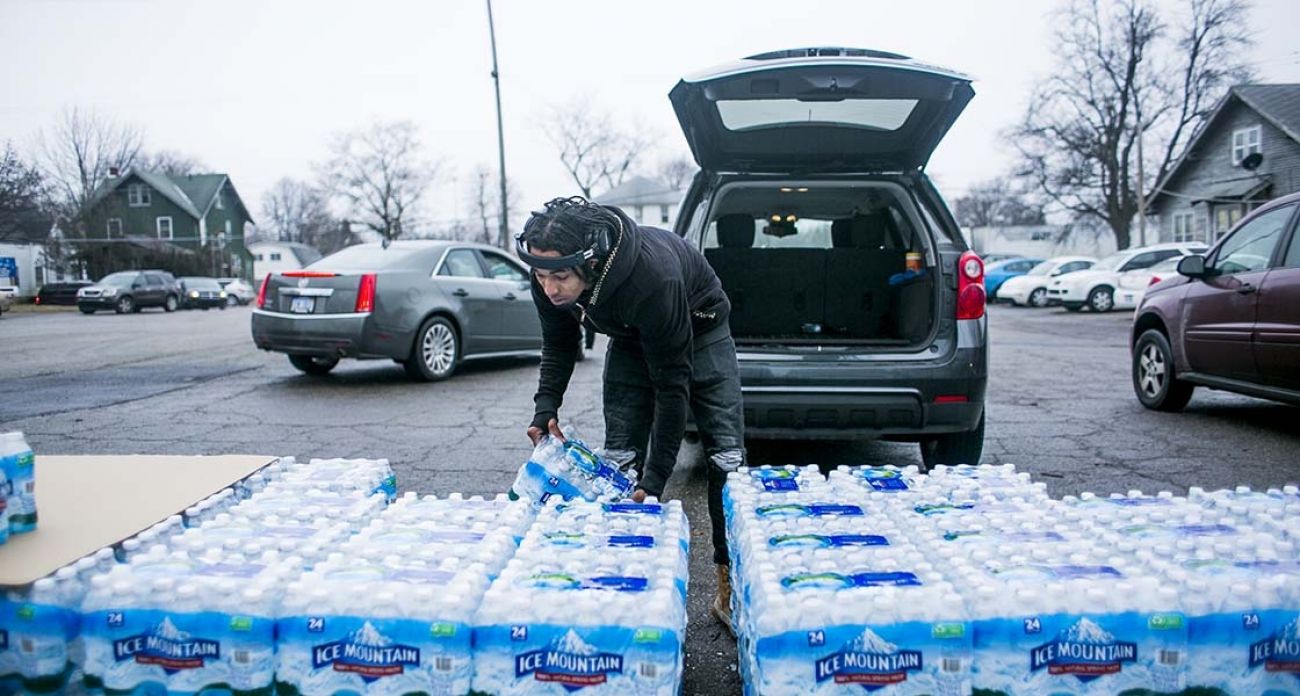 Walters reached out directly to Environmental Protection Agency Midwest water division manager Miguel Del Toral, who visited her home and found extreme lead levels in the water — findings that were concealed by the federal government but eventually made public.

“There’s been so many highs and so many lows,” Walters said of the years-long struggle. “And I don’t feel our fight for justice is complete yet.”

Walters still wants the EPA to update an outdated federal Lead and Copper Rule mandating how much metal can be in municipal water. She’s also still waiting to see whether consultants who provided guidance on Flint’s ill-fated water switch will join the settlement.

Some Flint residents are still waiting for replacement of the lead service lines, damaged by harsh Flint river water not properly treated with corrosion control chemicals, that delivered toxins into their homes, a citywide project that is now 90 percent complete, according to Mayor Sheldon Neeley’s office.

More than anything, Flint residents and officials who spoke with Bridge on Thursday morning said they are still waiting to see new criminal charges – and convictions – for state and local officials they blame for the crisis and Legionnaires' disease outbreak that killed at least 12 people, and perhaps many more.

“While money is a good thing, money doesn’t replace the damage that has been done for people whose loved ones have died, for people whose kids have been damaged, for people that had miscarriages and stillbirths and have to to deal with compromised immune systems,” said former Flint Mayor Karen Weaver.

Former Attorney General Bill Schuette had filed criminal charges against several local and state officials that resulted in a handful of plea deals by lower-level officials.

"We really had to start over," Nessel spokesperson Courtney Covington said Thursday. "We are leaving no stone unturned in terms of delivering justice to the people of Flint."

Dr. Mona Hanna-Attisha, the pediatrician who helped expose the crisis by studying elevated lead levels in the blood of Flint children, said she  was pleased to hear the settlement was "driven by community voices and respects the science of child development." 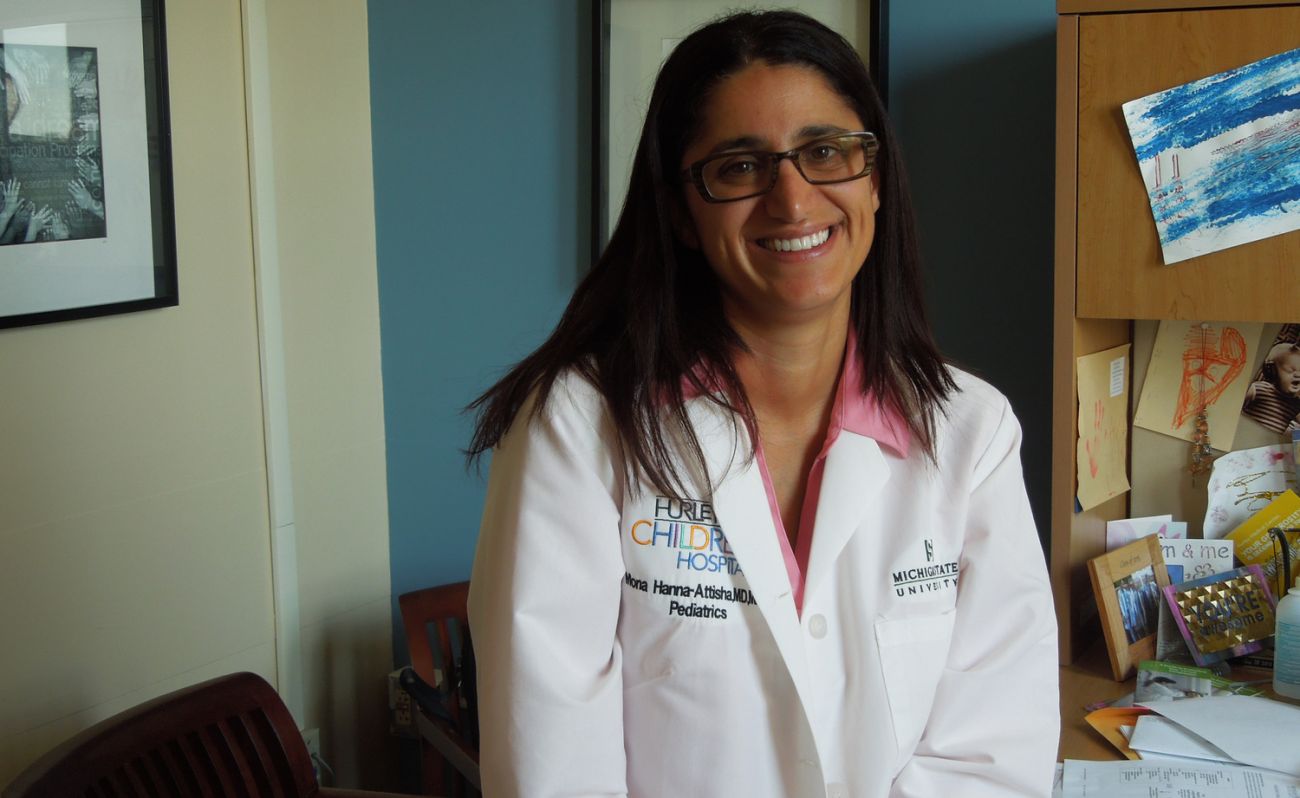 But it's not the end of the story, she said.

"Healing wounds and restoring trust will take decades and long-term resources," Hanna-Attisha said in a statement.

"I am hopeful this settlement serves as a reminder of Flint’s lessons; where the perfect storm of environmental injustice, indifferent bureaucracy, lost democracy and austerity, compounded by decades of racism and deindustrialization left a city powerless and forgotten. Never again should this country have to deal with the generational repercussions of a community poisoned by policies."

Whitmer, in a statement, reminded that she and Nessel “inherited” the lawsuit when they took office in 2019 but made clear to their teams that the state had a responsibility to achieve the best possible settlement for the children and families of Flint — as soon as we could.”

“We acknowledge that this settlement may not completely provide all that Flint needs, and that many will still feel justifiable frustration with a system and structure that at times is not adequate to fully address what has happened to people in Flint over the last six years,” Whitmer said.

“We hear and respect those voices and understand that healing Flint will take a long time, but our ongoing efforts and today’s settlement announcement are important steps in helping all of us move forward.

Nessel said she hopes the agreement “can begin the process of closing one of the most difficult chapters in our state’s history and writing a new one that starts with a government that works on behalf of all of its people.”

Neeley, a former Flint councilman and state legislator elected as mayor in November, thanked Whitmer for the settlement agreement and urged plaintiffs to “step up and take responsibility like the state of Michigan has done.”

The deal  “will be an important step forward for our community. For years, we were victims — our voices and concerns ignored as lead continued to leech into our water,” Neeley said in a statement. “However, our community is resilient and we have persevered. Moving forward, with our strong spirit intact, we will be known as a community of victors."

Walters, who has already spent years fighting for her city and family, said she feared the state was going to fight the lawsuit for decades.

“I kind of feel lucky that this wasn’t dragged out for 10 years,” she said. “That part of it, I think that's amazing.”