With electric vehicle use increasing, Michigan officials must figure out how to effectively capture taxes from those drivers so road funding doesn’t dry up, infrastructure industry insiders said Tuesday.

A report conducted by Anderson Economic Group for the County Road Association of Michigan found that, because Michigan’s main source of road funding comes from fuel taxes, the state missed out on an estimated $50 million from 2019 to 2021 because electric vehicle drivers don’t rely on gas to use the roads.

Overall, Michigan collected $1.1 billion in gas taxes in 2021. The report estimated the losses could rise to $500 million by 2030 if electric vehicles sales rise according to projections and represent 15 percent to 25 percent of new vehicle sales by then.

That would put a major dent in road funding available as roads continue to deteriorate from use by electric vehicles and gas-powered vehicles alike, said Patrick Anderson, CEO of Anderson Economic Group and an electric vehicle owner.

“We can't afford to have 25 percent of drivers avoiding the road tax paid by others,” Anderson said. “If we fail to make policy changes, soon we’ll be unable to maintain our roads.”

Several road and infrastructure industry groups gathered Tuesday to urge legislators and Gov. Gretchen Whitmer to take action on the issue this term.

While the group wasn’t pushing any specific recommendations on policy changes, suggestions that came up included increasing electric vehicle registration fees or fees based on tracking drivers’ mileage, units of electricity used or annual odometer readings upon annual registration.

The Michigan County Road Association wants lawmakers to authorize a pilot project exploring ways to update the state’s road funding model to include electric vehicles. Association CEO Denise Donohue said Tuesday they estimate the projected shortfall could ultimately result in 840 miles of road per year not being able to be resurfaced.

As of June 2022, 17,460 electric vehicles were registered in Michigan, according to the U.S. Department of Energy’s Alternative Fuels Data Center.

Electric vehicles accounted for 10 percent of global auto sales in 2022, the Wall Street Journal reported, and made up 4.6 percent of the U.S. market. Owners of EVs are required to pay an extra $140 fee atop of their normal vehicle registration fees in Michigan, while plug-in hybrid owners pay an extra $50.

The coalition could see a receptive audience in Gov. Gretchen Whitmer, who has expressed an interest in exploring new funding options in her quest to “fix the damn roads.”

In 2019, Whitmer proposed a 45-cent gas tax hike that was a nonstarter in the Michigan Legislature.

She recently told Bridge Michigan that she does not plan to pursue another fuel tax increase during her second term, noting “traditional ways of funding our infrastructure don't make sense” amid a historic transition in the auto industry.

Whitmer pointed to Oregon, which in 2015 became the first in the country to launch a voluntary “road usage charge” program that reimburses motorists for any fuel taxes they pay and asks them to instead pay a tax based on how many miles they drive.

The program has prompted privacy concerns, but other states are following suit in trying out options while developing ways to protect driver data and give drivers more ways to participate.

Whitmer’s opening salvo of a 45-cent gas tax in her first term before electric vehicles was a major part of the discussion “tells you that we have a major problem in the state,” Coppersmith said. “We’re already way behind.” 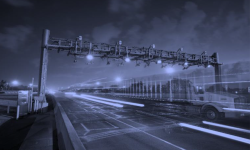 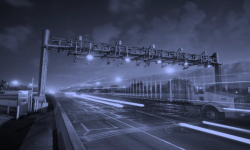 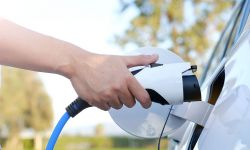