LANSING — Jennifer Figler was angry on May 3. She knew she needed to help.

It was the day a leaked draft opinion revealed the U.S. Supreme Court intended to overturn Roe v. Wade, the 1973 landmark case that offered federal protection for abortion for nearly 50 years.

“I typed in (an) email and I said, ‘I’m so mad my hair is on fire. I need something to do. Put me to work,’” Figler, a volunteer with abortion rights ballot initiative Reproductive Freedom for All, told Bridge Michigan on Monday.

On Sunday, the resident of Gwinn in the Upper Peninsula drove six hours with her four kids and babysitter to Lansing to witness the campaign submit 753,759 signatures on Monday, the deadline for ballot measures to change the state constitution. The figure — well over the minimum of 425,059 — set a record for the most signatures submitted in state history.

Figler alone shipped four batches of signatures to the campaign, with the largest one containing 220 pages of signatures, she said. The eagerness to sign from Up North — rural and historically conservative — surprised her, she said.

“The U.P. was galvanized,” she said. “They were spurred into action and I think that that’s a testament to how out of touch our legislators (are) with the people.”

Promote the Vote 2022, another constitutional amendment proposal that would allow early voting and ease access to elections, turned in 669,972 signatures Monday.

The signatures submitted by the two groups must still be validated by the state Bureau of Elections and certified by the Board of State Canvassers before making the ballot in November.

MI Right to Vote, another group pushing for similar constitutional amendment proposals, will aim to get the measures onto the 2024 ballot, spokesperson Fred Green told Bridge Michigan on Monday. One of the measures would impose similar reforms to Promote the Vote, while the other would end the state Legislature’s ability to enact law proposed through ballot measures.

Here’s a digest of what’s next.

First off — what exactly do these measures do?

Reproductive Freedom for All would establish a constitutional right to reproductive care in Michigan, including contraception, sterilization and abortion. The state would have the ability to regulate abortions after fetal viability, but only when it does not harm the patient’s physical and mental health.

Promote the Vote 2022 would expand voter access in Michigan. It would:

What is already on the Nov. 8 ballot?

The state Legislature voted in May to place a constitutional amendment on the ballot to reform term limits and require some financial disclosures for lawmakers and other statewide elected officials.

The measure, which is similar to one pushed by a bipartisan group but watered down, would cap the total years a lawmaker can serve in the state Legislature to 12 years, regardless of which chamber. It would also require state lawmakers and certain executive officials of the state to disclose personal financial information such as sources of income and assets.

The original version of the measure would have required disclosure of assets, earned and unearned income, as well as gifts and payments officials received from anyone.  The version going to voters would only require a description of those assets and sources of income, and allow officials to only adhere to disclosure laws that apply to registered lobbyists.

The state Bureau of Elections has until Sept. 9 to review the signatures submitted Monday and certify the constitutional amendment initiatives as qualified for the November ballot, according to Tracy Wimmer, spokesperson for the office of Michigan Secretary of State Jocelyn Benson.

If certified, the abortion rights and election initiatives would appear on the ballot. A simple majority of the voters — more than 50 percent — must vote in favor of the proposals for them to become law.

If approved, the constitutional amendments would take effect 45 days after the election day, Steve Liedel, an attorney who works for the abortion rights campaign, told reporters Monday.

Both campaigns announced Monday they would shift the focus toward educating voters and encouraging them to vote yes in November.

Secure MI Vote — a ballot proposal aiming to pass state laws to tighten election rules — failed to meet the June 1 deadline to submit the more than 340,000 signatures required. The campaign vowed last month to keep collecting signatures until they meet the threshold. Campaign spokesperson Jamie Roe did not respond to an inquiry Monday.

Right to Life Michigan, the state’s lead anti-abortion group, is “talking with our elections attorney and consultants about our next steps,” spokesperson Anna Visser told Bridge Michigan on Monday.

Would the state Legislature be able to adopt the constitutional amendments and amend them?

But with enough valid signatures, constitutional amendments do not go to the state Legislature. Those initiatives directly go before voters and take effect with a majority approval.

Theoretically, the Legislature could adopt a separate amendment that would go onto the ballot and compete with the abortion or voting measures — but that’s a long shot because doing so would require a two-thirds vote from each chamber.

The state would also be able to pass state laws as long as they do not violate the newly-effective constitutional amendments. 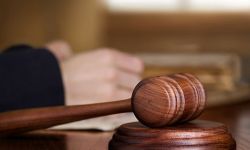 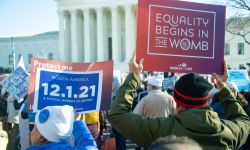 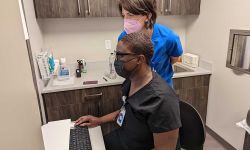