Less than 24 hours after Michigan Gov. Gretchen Whitmer closed all schools in the state, the U.S. Centers for Disease Control and Prevention questioned whether such stark actions slow the spread of coronavirus.

According to a seven-page guidance report from the CDC, school closures of four weeks or less “do not impact” the spread of the virus or the number of cases needing health care measures such as hospitalizations.

“There may be some impact of much longer closures (8 weeks, 20 weeks) further into community spread, but that modelling also shows that other mitigation efforts (e.g., handwashing, home isolation) have more impact on both spread of disease and (amount of cases requiring) health care measures,” according to the report released Friday.

Hong Kong, which closed its schools, had no better success reducing the spread of coronavirus than Singapore, which didn’t close its schools, according to the CDC.

The report also warns that prolonged closures can have the unintended consequence of spreading the virus to grandparents. People over age 60 and with underlying health conditions are at higher risk of serious illness and death from coronavirus than children.

At her late-night announcement Thursday, Whitmer said the shuttering of public and private schools was “a necessary step to protect our kids, our families, and our overall public health.”

State Superintendent Michael Rice at the announcement added “this is about protecting the most people in Michigan.”

Yale University’s Nicholas Christakis, who studies social networks and the spread of epidemics, argued recently that proactive school closures like in Michigan – sending children home before there are known coronavirus cases in their communities – worked during the Spanish Flu pandemic of 1917.

“Closing schools before there’s a case [has] been shown to be one of the most powerful nonpharmaceutical interventions that we can deploy,” he told Science Magazine. “It’s not just about keeping the kids safe. It’s keeping the whole community safe. When you close the schools, you reduce the mixing of the adults—parents dropping off at the school, the teachers being present. When you close the schools, you effectively require the parents to stay home.”

Editor's note: The headline on this story was changed March 15 to more accurately summarize the Centers for Disease Control and Prevention's position on school closures. 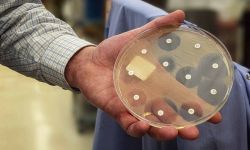