The number of Michiganders with nursing degrees has risen, but advocates say that number is misleading, as nurses retire early, dramatically cut their hours, work in other states, or leave the field altogether. The result: a shortage of nurses to fill thousands of openings. (Shutterstock)
April 12, 2022
Robin Erb (Email)
Michigan Health Watch
Michigan colleges and universities, Coronavirus Michigan

Trying to shore up a shortage of nurses, Grand Valley State University and Michigan’s largest health system are offering future students up to $20,000 over two years to train in west Michigan.

Addressing the cost of education is one part of “smoothing the educational path to employment” and addressing the state’s staffing shortages, Tina Freese Decker, president and CEO of the recently named BHSH System, said during a press call Tuesday.

If all goes well, the program will train 500 more nurses at GVSU’s Grand Rapids-based Kirkhof College of Nursing over six years. The program launches in January.

“This moment is a moment of urgency in nursing and many other fields and this moment requires … us to think differently,” GVSU President Philomena Mantella told reporters during the call.

BHSH — the result of the January merger between the Beaumont Health and Spectrum Health systems  — will spend more than $19 million, in part, to provide infrastructure and hire more staff to place more students in clinical rotations at its west Michigan hospitals. 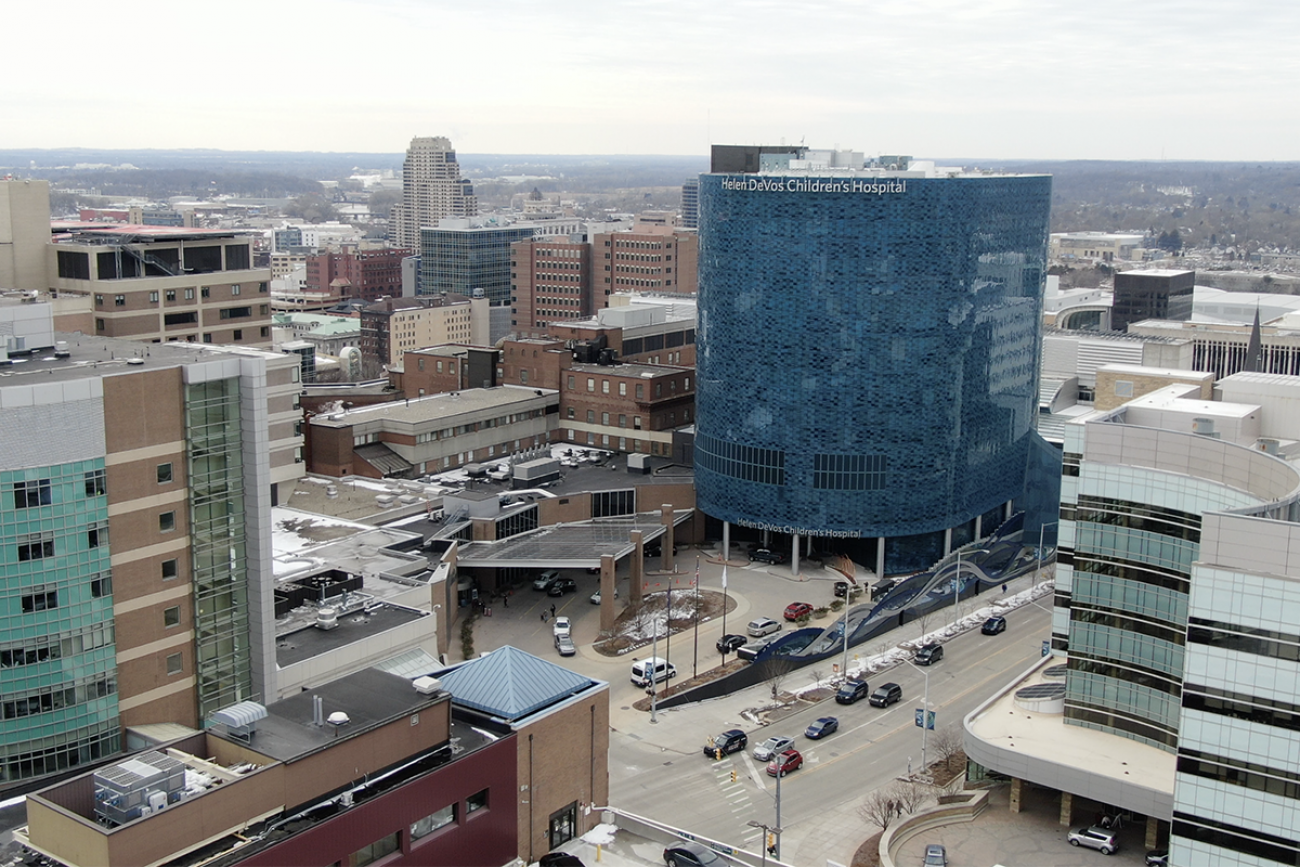 In exchange for training at their West Michigan hospitals, the recently formed BHSH System will offer nursing students $20,000 toward their tuition at Grand Valley State University.

The funds also will provide grants of $10,000 each year to traditional, four-year nursing students in their third and fourth years, as well as to nontraditional students who finished a bachelor’s degree in another field and are now taking an accelerated nursing program.

Tuition now is about $15,000 a year for the more than 200 students who enter the Kirkhof program each year.

The plan may bring in new nurses, and it’s a good first step. But it doesn’t address the underlying reasons for the shortage, leaders of two Michigan nursing labor unions told Bridge Michigan.

There were 102,480 registered nurses last year in Michigan — nearly 10,000 more than five years ago, according to the U.S. Bureau of Labor Statistics. But job postings indicate a severe shortage, according to the Michigan Department of Technology, Management and Budget (DTMB).

In February, there were nearly 10,300 available online advertisements for nurses in Michigan, primarily in southeast, southwest and west Michigan, according to a recent DTMB report.

That’s because many nurses have cut back hours or are choosing to retire early, said Jamie Brown, president of the Michigan Nurses Association, which represents more than 12,000 nurses.

Some nurses are suffering from post-traumatic stress disorder from working long hours amid so much death from the pandemic; others have grown tired of workplace confrontations and even violence involving combative patients and family members relating to COVID.

A first-quarter national survey released in March found 90 percent of the 201 registered nurses who responded were considering leaving the profession due to staff shortages, poor morale and lack of support.

Demand for nurses has increased, not only as a result of the pandemic, but also because Michigan’s population is older and sicker than the nation at large, according to a report released in October by the Citizens Research Council of Michigan.

In addition to training new nurses, hospitals need to do more to lure veterans “back to the bedside,” said Brown of the MNA.

Training new nurses can help, but it’s only part of the fix, agreed Dina Carlisle, president of Local 40 of the Office and Professional Employees International Union (OPEIU), which represents nurses at Ascension Providence Rochester Hospital in Rochester Hills, and McLaren Macomb Hospital in Mount Clemens.

“The future of nursing is at a very crossroads right now,” she said.