Youngsters key to Michigan herd immunity. But less than half have had shots

Michigan Health Watch
Youngsters key to Michigan herd immunity. But less than half have had shots

Aug. 18: State’s top doc to Whitmer: School mask mandate would reduce COVID in Michigan
Aug. 6: CDC raises Michigan COVID risk level: Why it matters, and why it may not

As the days tick toward a new school year, Michigan’s school districts and health officials face a dizzying array of factors in keeping kids safe against COVID — parents’ frustration, changing health recommendations, and the presence of the highly transmissible Delta variant.

And now there’s a new wrinkle.

About half of parents nationwide say they will turn down the vaccine for their children — whether it’s the vaccines that are approved for children 12 and older, or vaccines that the U.S. Food & Drug Administration may authorize for the use in younger children in the coming months.

The poll was conducted by the University of Michigan Health C.S. Mott Children’s Hospital and is the latest installment of the National Poll on Children’s Health. According to the June online surveys of 2,019 parents who had children 3 to 18 years old:

That hesitation is a concern for health officials struggling to inoculate the nation toward herd immunity — a race against Delta and other more transmissible variants that grow increasingly likely as the pandemic drags on.

Children and teens under 18 comprise a fifth of the nation's population — 21.5 percent in Michigan, according to the U.S. Census. Vaccinating them against COVID may play an important role in achieving herd immunity and controlling the pandemic over time.

“We look at schools, school closures, the horrific year-and-a half that we just lived through, and what that meant in schools and children and parents of school-aged children,” said Kate Guzman, administrator of medical services at the Oakland County Health Division. “If we could vaccinate more students, schools could stay open safely, and parents could feel safer sending their kids to school.”

Older teenagers were eligible for the first Pfizer vaccines earlier this year, and in May, the FDA extended the eligibility to children as young as 12. But Michigan’s vaccine distribution has slowed to barely a trickle in recent weeks.

‘I don’t know what to believe’

Last week, facing a Delta-fueled COVID surge, Israel authorized the Pfizer vaccine among the most vulnerable children as young as 5.

In the United States, a vaccine for younger children likely will be available this winter, Dr. Peter Marks, director of the U.S. Food and Drug Administration’s Center for Biologics Evaluation and Research, has said. The FDA is requiring extra time for trials among children “to make sure the safety is adequate,” Marks said last month.

And just recently, vaccine manufacturers Moderna and Pfizer expanded their trials to more children at the urging of federal regulators. The move was reportedly prompted by cases, though rare, in which children develop myocarditis or pericarditis, or inflammation of heart tissue, after the vaccine.

If the FDA authorizes the vaccine, the CDC’s Advisory Committee on Immunization Practices will consider whether to recommend the vaccine and, if so, with what guidelines.

The process, itself, is the same as the committee's review of vaccines for adults, but the “risk benefit analysis” is different, said Veronica McNally, a consumer representative for the CDC’s Advisory Committee on Immunization Practices.

The severity of disease and the fatality rate among older adults with COVID is much higher than for children. But children are uniquely vulnerable to Multisystem Inflammatory Syndrome in Children, or MIS-C, the rare, but potentially deadly condition in which the heart, lungs, kidneys, brain, skin, eyes, and other gastrointestinal organs are inflamed because of the COVID-19 infection. Nearly 4,200 U.S. children have been diagnosed with MIS-C, including 158 in Michigan.

When it comes to reviewing the safety and value of vaccines, McNally said, “the data will inform everything.”

The reports of rare but real vaccine side effects and the confusing onslaught of other COVID information understandably gives pause to parents, said Sarah Clark, co director of the Mott poll.

While “a handful” of comments from the parents in the June surveys were “politicized talking points” and even conspiracy-based, she said, most hesitant parents had concerns about side effects or the speed at which the vaccine was developed.

Many comments, Clark added, were “along the lines of ‘I don’t what to believe.’”

Health officials say they know they face an even steeper battle to win over parents. Like Clark, they say pediatricians will be key in that campaign.

In Oakland County, health staffers have called hundreds of local pediatricians to make sure they have resources they need — the right vaccine freezers, for example — if they choose to vaccinate older children now and to provide vaccines for younger children when they’re authorized, Guzman said.

The logistics are no small concern, said Dr. Mona Hanna-Attisha. 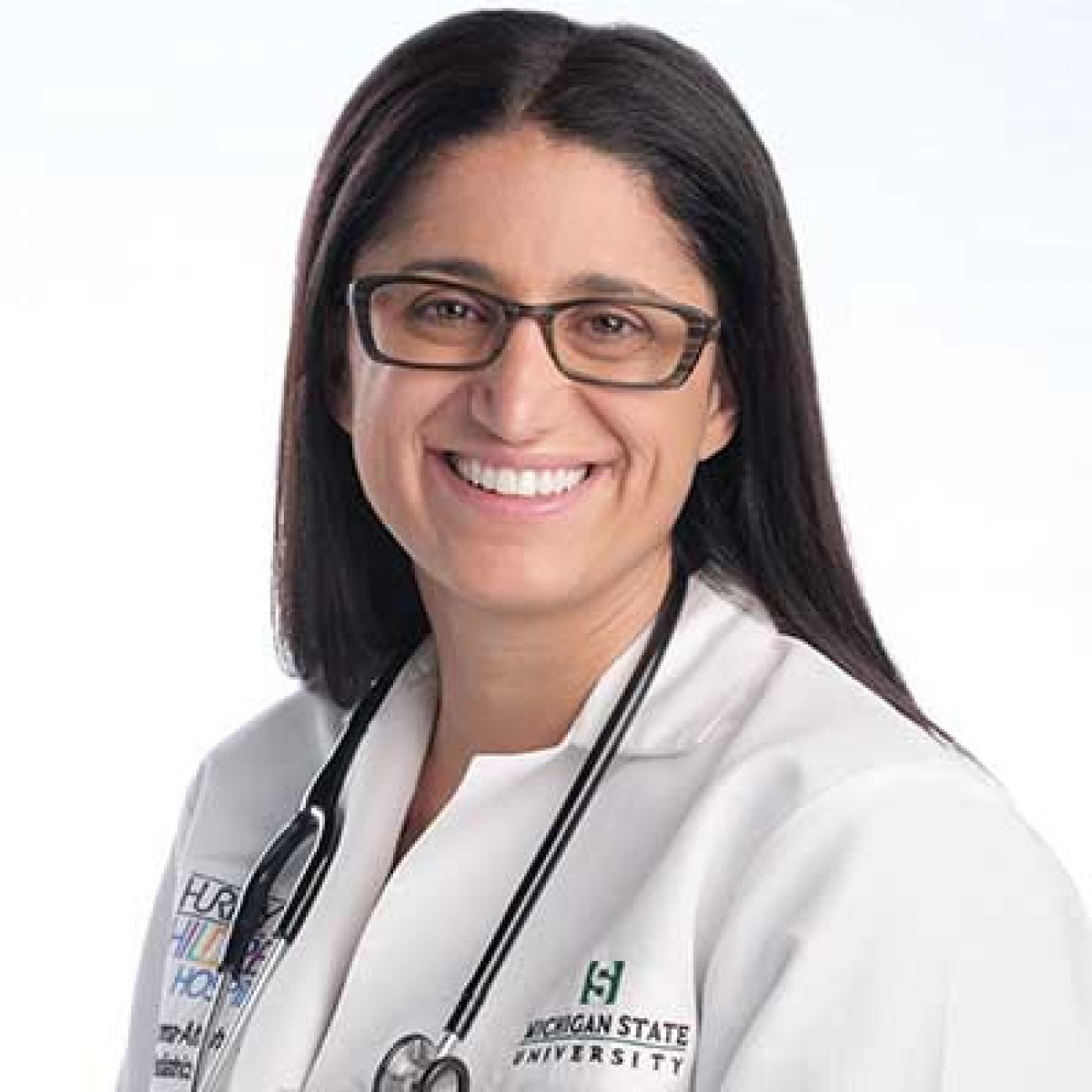 The Flint pediatrician was known for exposing the lead poisoning in the water in 2015, and she’s the founder and director of the Michigan State University and Hurley Children’s Hospital Pediatric Public Health Initiative.

She is active in promoting the vaccine among teens,and her 12- and 15-year-old daughters were vaccinated as part of a public promotion just days after the Food & Drug Administration approved the Pfizer vaccine for adolescents.

Pediatricians’ offices are scrambling to catch up on vaccines and other routine medical screenings that children missed as their families avoided medical settings out of fear they’d be infected with COVID-19. And helping parents disentangle what they’ve heard or read about the vaccines will take time,  Clark and Hanna-Attisha said.

“This is always what we do,” Hanna-Attisha said. “We sit down shoulder-to-shoulder, and we have these conversations with parents. We may introduce it on one visit and we may come back a month later, and we’ll talk about it again.”

Other parents, though, are thrilled at the prospect of a vaccine for children. 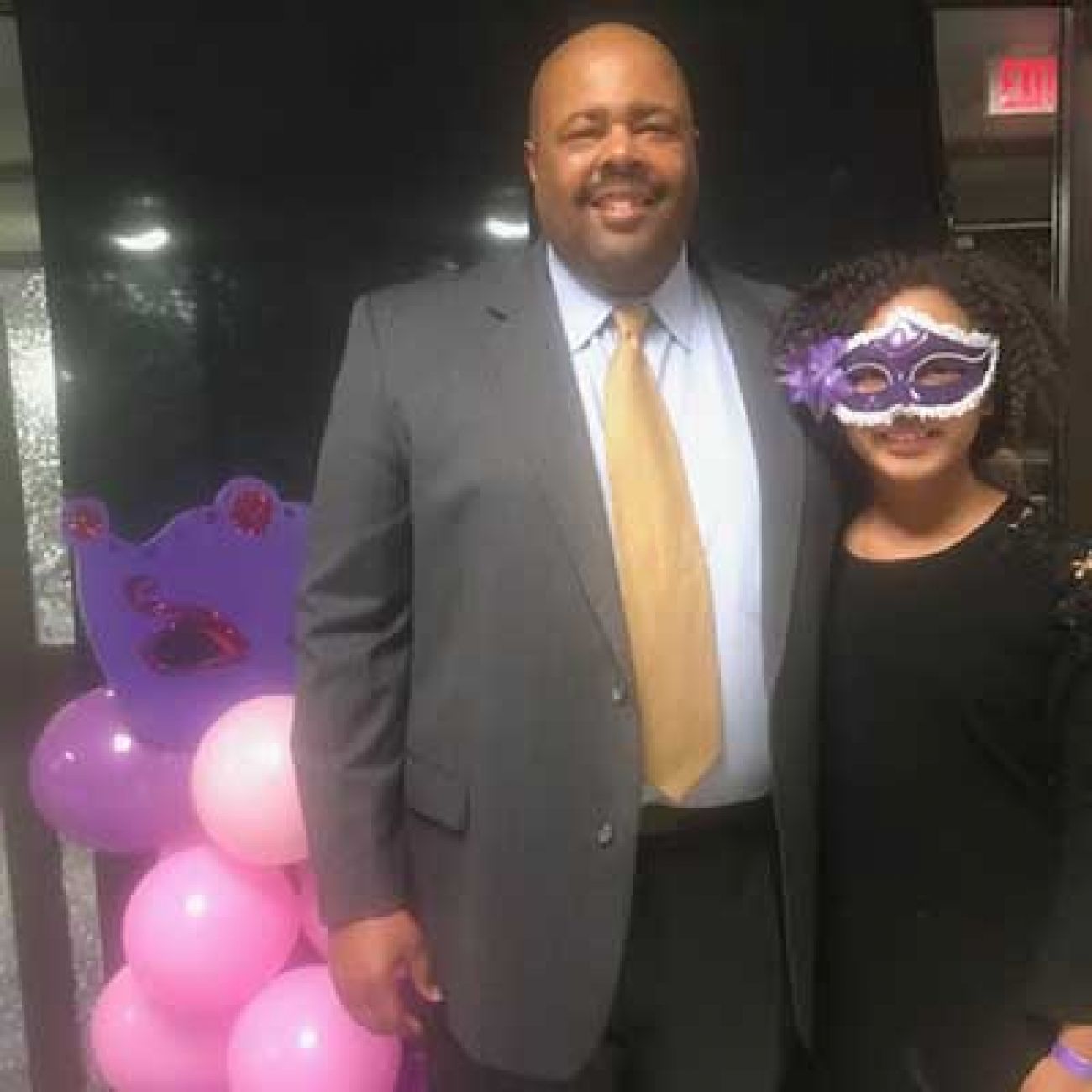 Darrick Rushing of Canton Township and his wife were among COVID’s first victims last year, and COVID killed his mother just after Christmas. A vaccine might be available this winter for his daughter, Zoie, who will be a sixth grader. (Courtesy photo)

The father of 11-year-old Zoie and three adult children, Darrick and LaShawn Rushing of Canton Township, were among Michigan’s first victims of COVID-19. They were forced to separate and quarantine in their Canton home in March, 2020.

And his mother’s death certificate marked two days after Christmas is clear, too: “Respiratory failure … COVID19” it reads.

Zoie turns 12 in January, and Rushing said he’s hoping the vaccine will be ready for her even earlier — not only to protect her, but to protect her classmates and school staff when classrooms open again in September.

“I respect individuals’ wishes,” Rushing said, referring to other parents who have told him they will not have their children vaccinated. “But this is about protecting yourself while you’re protecting others. Where’s the consideration?”