What Michigan’s coronavirus school closure means for you

School learning will continue, but it won’t be in schools, for the remainder of the 2019-20 school year. (Bridge file photo)

Gov. Gretchen Whitmer announced Thursday that Michigan’s public and private K-12 classrooms will be closed through the end of the school year due to the continuing dangers posed by the coronavirus.

With the 2019-2020 school year officially ending, most students will be missing about 30 percent of the days they would normally have spent in school.

You can read the order here.

Here’s what the closure means for Michigan students, families, school employees and the state budget.

No one returns to class this school year

Schools closed March 16, originally for three weeks, to try to slow the spread of the potentially deadly virus. A fourth week was tacked on last week, before the governor decided Thursday to shutter Michigan’s more than 3,400 school buildings through the rest of the school year, which typically ends in June.

Learning will continue, but from homes

Schools will provide “remote learning” for students. What that learning will look like will depend on where you live. School districts and charter schools can create their own remote-learning programs. Expect some school districts to move to robust online learning, while others, where some students don’t have access to the Internet, may involve packets of printed educational material.

School districts must create remote learning plans and have those plans approved by their intermediate school districts, according to the executive order.

Will remote learning ‘count’ for grades or promotion?

The executive order leaves this decision up to local school districts.

Most students will be promoted to the next grade

Student promotion will remain a local school district decision, but school officials told Bridge in recent weeks that students in grades kindergarten through 11th grade will advance to their next grade at the beginning of the next school year, assuming their school district determines they were on pace to advance before the shutdown.

“What we want is to make sure no student is penalized because of COVID-19,” Whitmer said Thursday.

The executive order gives high school seniors the opportunity to graduate — even seniors who were still taking courses required for graduation by the Michigan Merit Curriculum this semester. Students who were failing a required course before schools closed March 16 must be given an opportunity to demonstrate a proficiency level that would allow them to pass the course, according to the order.

According to the executive order, “Districts shall strive in good faith and to the extent practicable, based upon existing resources, technology, training, and curriculum, as well as the circumstances presented by any state of emergency or state of disaster, to provide equal access to alternative modes of instruction to students with disabilities for the remainder of the 2019-2020 school year.”

David Hecker, president of the American Federation of Teachers union in Michigan, said at a virtual town hall Tuesday that the question of how to provide services for special education children was “the hardest issue to grapple with” connected to the school closure. He said that Individualized Education Programs (IEPs) will still be followed, but will have to be adjusted to be used remotely for the protection of students and educators.

At the same virtual town hall meeting, Paula Herbert, president of the Michigan Education Association teacher union, said educators are classified as essential workers under previous executive orders Whitmer has issued during the pandemic, allowing them to travel to work. That leaves open “some possibility” of in-person contact, Herbert said.

Schools will get their full funding for this school year.

Despite students not being in classrooms, schools will receive their full state funding through the end of the school budget year, which runs through June 30. State funding to school districts is determined by the number of students enrolled.

Teachers and other school staff will continue to get paid.

Schools will continue paying employees, including teachers, through the end of the school year.

Will there be a high school graduation ceremony? A prom?

Such large gatherings wouldn’t be allowed under a previous executive order by Whitmer that remains in effect. That order requires residents who are not essential workers to stay home and bans “all public and private gatherings of any number of people occurring among persons not part of a single household.”

If that order expires, decisions on ceremonies and events could be made by local school districts. While the stay-at-home order is currently scheduled to expire at midnight April 13, Whitmer has indicated she is likely to extend it.

Michigan’s third-grade reading law, which recommends third-graders who are more than a year behind in reading be retained in third grade, will not be enforced this year. This would have been the first year the law went into effect. Even if students had returned to classrooms April 14, as had been the plan, third-graders would have missed a critical four weeks of reading instruction before taking the M-STEP, Michigan’s standardized test. Reading scores on the M-STEP were to be used to identify struggling readers for retention.

Michigan 11th-graders normally can take the SAT college entrance exam for free in March at school. Not having those test results can jeopardize a student’s ability to apply to and be accepted into college.

Under Whitmer’s new order, current juniors will be allowed to take the SAT in the fall at their schools, again for free.

Will there be school during the summer break?

Thursday’s executive order said school districts have the option of adding summer school or opening earlier than Michigan’s traditional school opening, the Tuesday after Labor Day. Some school leaders are already advocating for a longer school year in 2020-21 or funding for summer school, to help mitigate the expected academic learning loss from being out of classrooms for more than five months.

The executive order did not appear to address whether any state funds would be available for those additional days.

Free school lunches will continue to be served

School districts around the state have continued to provide free lunches for students, either at carryout sites, or by delivering meals by school buses. That effort will continue through the end of the school year.

Are taxpayers paying for schools to convert to remote learning?

While schools will get their expected funding (money set aside in the current state budget), they won’t receive extra state dollars to ramp up remote learning. 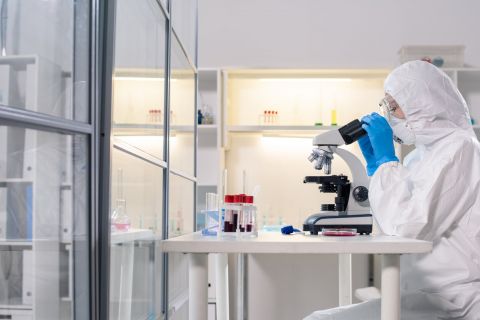 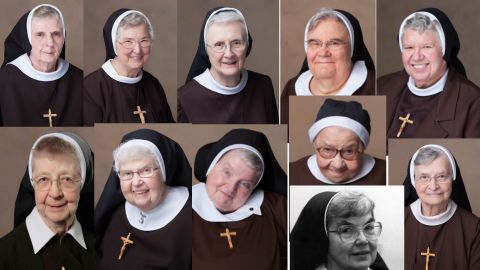 Unfortunately we don't know what we don't know. Tests of just over a million nation wide doesn't even begin to give us an accurate picture of where we are at. Trump rarely mentions MI. or our Gov. by name. Right decision to close schools. Absolutely. We are paying a very heavy price for our inactivity early on. Call a friend, a neighbor, call someone and just reach out to them. Peace R.L.

This COVID-19 situation is like something we have never dealt with before. It was the right decision to close the schools, but how are the students, especially the elementary students going to rebound from losing the precious teaching to help them learn vital, important skills ?