One home in the new phase of River Hills Estates already is under contract as the development in Newaygo takes shape due to a unique way of funding infrastructure. (From Sable Homes)
February 12, 2021
Paula Gardner (Email)
Business Watch
Rural Michigan

The road to 16 new building sites in a small west Michigan town won’t be built until spring, but potential homebuyers in Newaygo already are envisioning what it could be like to live in the subdivision just north of the Muskegon River.

In this small town with few available houses and about one-third of homes built before World War II, competition for homes gets just as fierce as in Grand Rapids, Ann Arbor or northern Michigan.

Realtors expect floor plans in River Hills Estate — such as “London,” a bilevel with a 2-car garage starting at $175,000, and “Reno,” with three bedrooms and baths starting at $220,000 — to attract people who want to live in the city, but not in a starter home or fixer-upper.

By the time buyers choose upgrades on fixtures like kitchen cabinets and flooring, the homes are expected to sell for around $240,000 – yet they’ll be worth closer to $300,000.

The project, though small in scale, could have far-reaching implications in a state where construction of new homes never recovered from the Great Recession and housing affordability is becoming a statewide concern.

The development is coming together with a public funding tool that hadn’t been used for housing — until Newaygo. Now, this pilot program could be used across Michigan, state officials and economic developers told Bridge Michigan.

“Housing costs for the average Michigander — whether they rent or buy — are escalating at a rate that ought to be concerning,”  said Bob Filka, executive director of the Home Builders Association of Michigan.

“People are going further and further away from their jobs to find some kind of affordability.”

The subdivision is the result of a collaboration among a network of government agencies — from the city of Newaygo to Michigan’s State Land Bank Authority — and Rockford-based builder Sable Homes to allow 10 years worth of tax increases on the lots to fund the land improvements.

Called a tax increment financing authority, it’s the same financial structure that allows Michigan downtowns to use increases in tax collections within the districts to fund improvements, or communities to help finance the cleanup of blighted property for a development. It’s based on a municipality setting a base value for tax collections while anticipating that new development will increase the taxes collected on a property. The TIF then “captures” the money from the increased tax collection for a designated purpose with a community benefit.

In Newaygo, the benefit is new, single family housing. The city will wait 10 years to see increased tax revenue from the property taxes of the 16 houses built by Sable Homes. In the meantime, the builder is paying for the infrastructure, but will get reimbursed from the tax collection over 10 years.

By finding a way to apply the TIF regulations to home construction, the subdivision in Newaygo should show policymakers in Michigan how lowering construction costs will increase economic growth and stem housing shortages statewide, Filka said.

“We are losing a whole (generation) of folks not building any kind of equity in a home,” Filka said. “... It’s a big policy issue for the state long-term.” 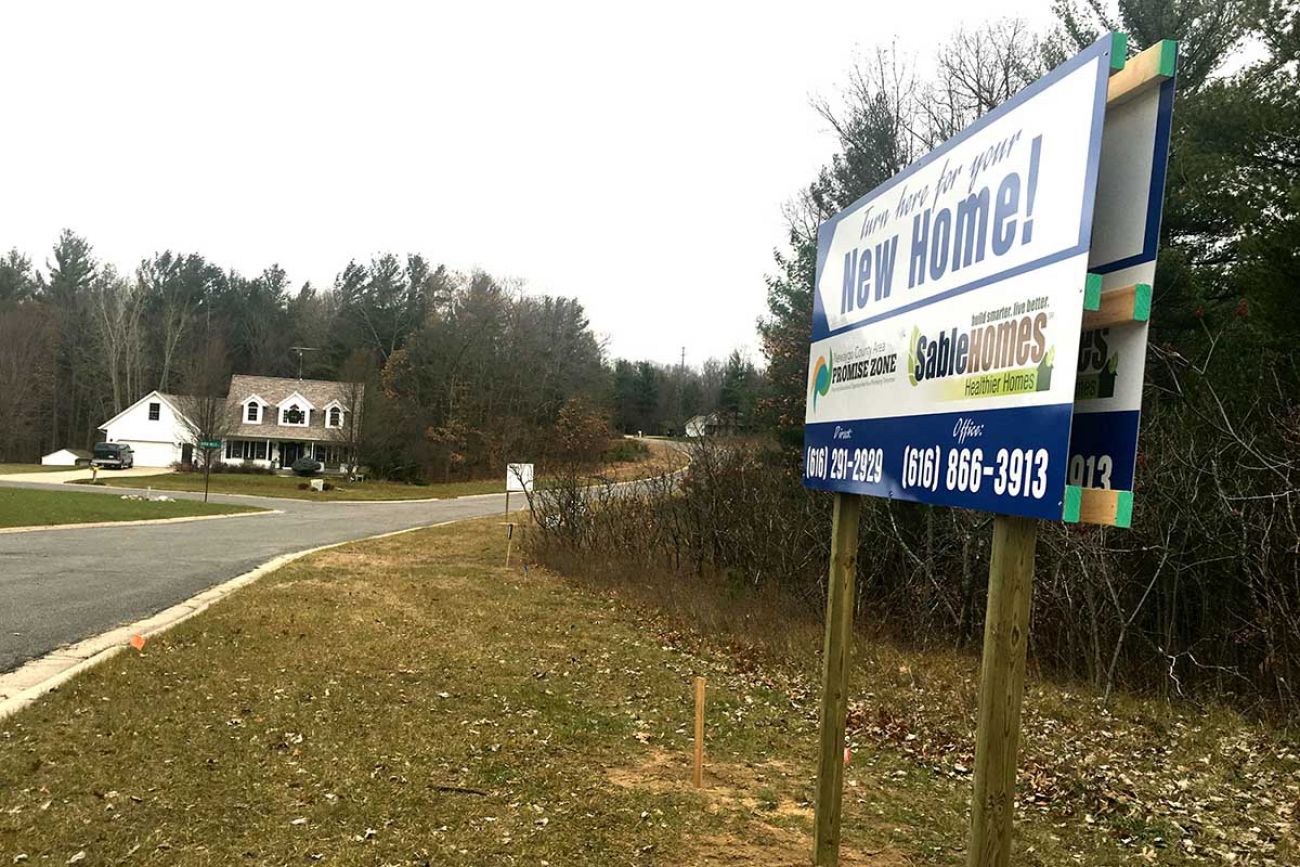 One home in the new phase of River Hills Estates already is under contract as the development in Newaygo takes shape due to a unique way of funding infrastructure. (From Sable Homes)

Today, there are few options for home-buyers in Newaygo, said Forrest Lord, a Realtor at Coldwell Banker Schmidt, especially for a home priced around the area’s average sales price of $150,000.

The frenetic market illustrates how housing is becoming a priority in rural Newaygo County, which is home to about 48,000 residents and located north of Kent County and northeast of Muskegon County. The Muskegon River crosses through it, creating a hub for fly fishing and other recreation.

The largest town in the county is Fremont, which has about 4,000 residents. It’s the home of Gerber Products Co., the baby food company that in September announced a $36 million expansion that will add 50 jobs in the community. A 14-minute drive southeast from Fremont is the city of Newaygo,  where the largest employer – Magna Mirrors – made a similar job growth announcement two years earlier.

At least 1,100 people  – more than twice the city’s population of 2,000 –  travel into Newaygo for work every day, said Scott Faulkner, who owns the River Stop Cafe in the city’s historic downtown with his wife, Robbin Faulkner, while he also serves as the city’s economic and community development director.

He and others in the city say many would like to live closer to work, which in turn would increase likelihood that they’ll spend more money in Newaygo businesses, send their children to local schools and become involved in the community, which is set to rebrand itself this year as “The Heart of the Muskegon River.”

“We are absolutely out of single-family houses,” Faulkner said. “As far as rentals, almost every place has a waiting list and they’re raising their rates.”

Faulkner describes “a desperate need for housing in all categories.” For an economic developer trying to attract more jobs and increase traffic to the town’s shops and restaurants, the situation is painful. 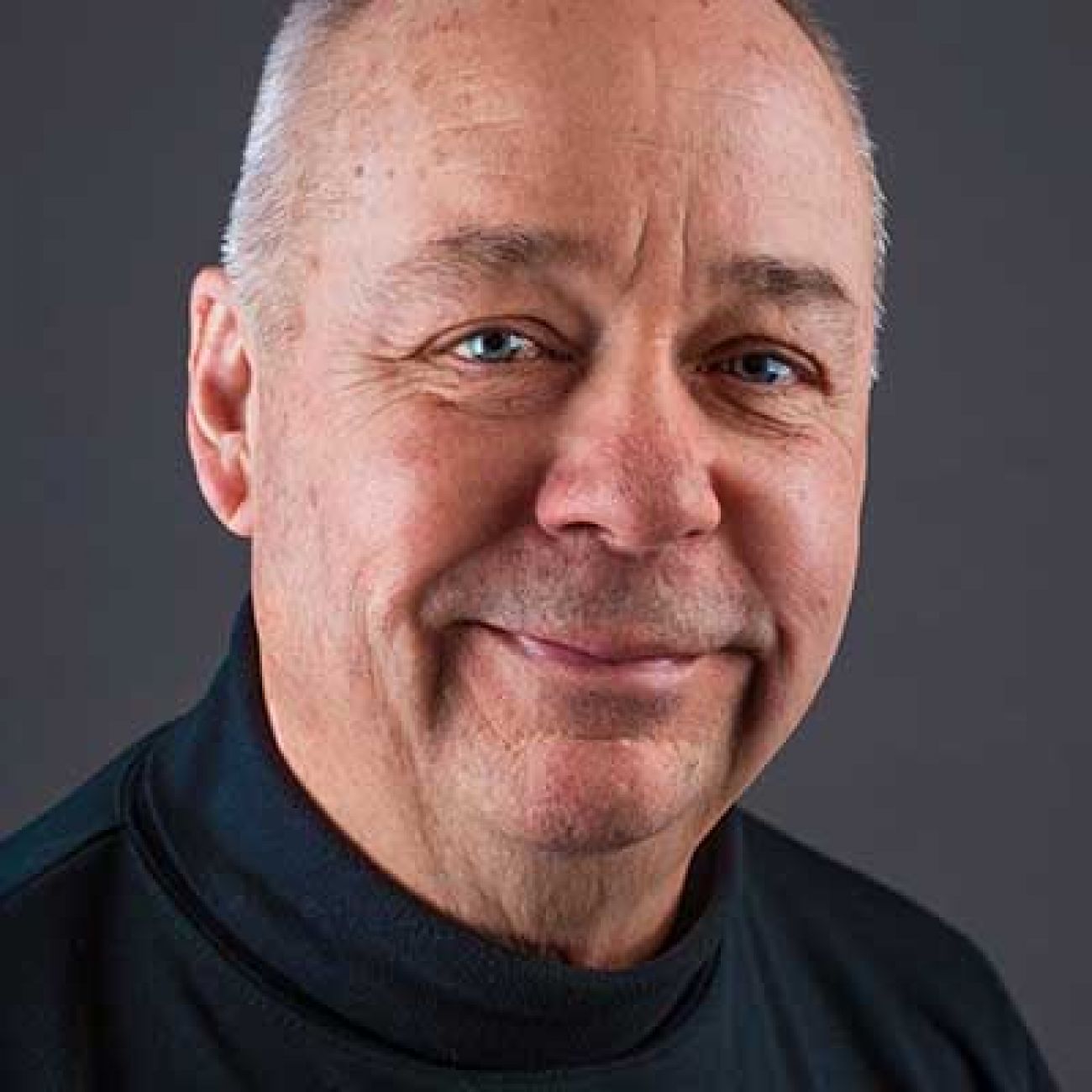 “If you want to move to Newaygo,” Faulkner said, “good luck.”

Newaygo isn’t alone in experiencing a housing shortage following a years-long slowdown in residential construction across the state. Buildings permits for single family homes peaked at 45,000 in 2005, then fell to around 5,000 by 2009. As the state recovered from the Great Recession, home building permits slowly climbed to about 15,000 in 2019 and 2020.

The Home Buildings Association of Michigan forecasts about 16,000 permits in 2021 – or roughly one-third of the building pace during peak construction years.

However, builders aren’t targeting affordability: the median price of a new home in 2019 was $330,000. Higher prices lead to more profits in subdivisions, Filka said, and some builders now only focus on custom homes.

Meanwhile, listings of existing homes fell by 50 percent in Michigan at the end of 2020, plummeting to 17,202 from 34,900 a year earlier. Prices and competition both are climbing as a result, with homes prices at the lower end of the market in the highest demand.

In Newaygo County, where the median household income is $50,326, affordability is crucial to expanding home ownership.  The average weekly wage is $806, representing $20.15 per hour and 27 percent less than the state’s average wage of $1,115 per week.

The city, CEO John Bitely of Sable Homes said, “has a strong workforce, but income levels aren’t as high as some places.

The situation is recurring in many communities in Michigan, said Emily Doerr, director of Michigan’s land bank, particularly in smaller towns successful in attracting large employers.

State government officials are looking at the problem, she said, and considering what policy changes could boost home ownership and housing availability.

“Talk to any number of CEOs around the state,” Doerr said. “They’ll tell you we need more attainable and affordable housing. This is pure economic development.”

The TIF pilot project started as an idea in early 2020, as Bitely of Sable Homes was wrapping up the first phase of the River Hills Estates development.

He’d bought the initial 31 lots from another developer at a deal that let him sell new houses at the typical market rate in Newaygo.

But, he added, as he priced materials and other costs for the second phase of the neighborhood, “it was going to be very difficult for us to duplicate that pricing.”

Bitely determined the infrastructure costs – like building roads and bringing water lines to the lots – would push the housing prices too high for most Newaygo buyers. And he wanted to keep the home prices within reach for middle-income workers.

The housing shortage, Bitely said, means “a segment of people is forced to become tenants or are renting longer.”

The lack of moderate-priced new housing stalls the move-up market, keeping people in their lower-priced homes that should be first houses for lower wage earners.

The pilot program took shape as the city determined that it couldn’t afford to waive costs for the lot improvements. At the same time, Bitely said, officials were eager to find a solution to increase its population and find options for working couples who wanted to stay in Newaygo.

Part of Faulker’s role is to “sell” the city to home builders, but this isn’t an easy time for that. If they’re already active in other markets, Newaygo can seem too distant. And if they’re making money by building $400,000-plus homes, there’s little incentive to pursue lower price points.

Yet, Faulkner said, with the employment base in town, “we have a ready-made market.”

In the end, the city and Newaygo County worked with the state’s land bank to fit the TIF financing structure to Bitely’s 16 lots, in part using the county’s brownfield authority. The Right Place, the regional economic development corporation based in Grand Rapids, also helped.

But for rural communities, expanding the scope toward housing can reduce the risk that a business will face by choosing a small town for dozens or even hundreds of new jobs.

“Getting into housing is certainly not traditional (for us), but in this capacity, I think it made sense,” Burrell said. “It’s going to help our businesses. We can’t continue expanding businesses if they’re not going to have anywhere for their workforce to live.”

The Newaygo program already is getting attention as a model that could work across the state. Several other projects now are in discussion stages, Doerr said, and Faulker said he hopes it inspires other small communities to take a similar leap of faith.