Tad Randolph remembers the first time he saw his house near Grayling. He’d rounded a bend in the Manistee River, looked 30 feet up the bank and told his son, “Wouldn’t it be nice to have a house like that?”

A few years later, he and Bonnie, his wife, were ready to buy. And after a handful of showings, he ended up on the deck of that house.

“I recognized it immediately,” Randolph said.

After buying the home in 2001, he hand-painted it, wearing out three brushes on Caramel Sundae brown. He taught grandchildren how to fly fish. And when he and his wife tired of tripping while descending the spiral staircase, they built a wider oak one that took up a lot of space in their living room.

That house surrounded by pines became their home after the Randolphs retired from teaching in Battle Creek. Now, within days, its sale will be finalized as the couple downsizes to a duplex closer to Grayling.

The Randolphs knew someone would want their house. They just didn’t know how many people or how quickly the offers would come in. After asking $218,900, the couple accepted one of three offers made within days. The house sold for $230,000.

“I’ve been doing this for over 40 years, and I’m just dumbfounded over the real estate market here,” said Craig Hinkle, the real estate agent who listed the Randolphs’ home. “It’s a feeding frenzy.”

Many areas of northern Michigan are experiencing the extreme market heat that once seemed reserved for in-demand areas like Ann Arbor, Grand Rapids and Traverse City.

Potential buyers along the Interstate 75 corridor between Gladwin to Grayling to Gaylord, then east to Lake Huron, are learning they have to act fast to find a home.

“You don’t want to be a buyer and come Up North right now,” said Hinkle, broker and owner at Re/MAX of Grayling. “Everything is picked over.”

Across the state, home prices are up 6 percent on average to $192,104 so far this year. But listings are down, creating a seller’s market and driving up prices in most communities.

This year, prices are rising quickest in the northeast portion of the Lower Peninsula from Midland to the Mackinac Bridge and eastward. Average prices are up over 20 percent from last year, and experts say recent deals show no signs that gains will slow. Just after June 1, prices in the northeast jumped 11 percent.

The region isn’t accustomed to that type of real estate activity. Places like Gaylord and Tawas City were still considered bargains compared to the west side of the state. Property values there took far longer to rebound after the Great Recession, finally regaining value in 2018.

Real estate across Michigan was suppressed in March as fears about the virus took hold, and Gov. Gretchen Whitmer issued the state’s stay-at-home order. As it was lifted, both buyers and sellers had changed.

Fewer sellers than expected listed properties. Some potential sellers may have been concerned about allowing the public in for showings. Others have been afraid of finding a lack of inventory as they sought a new home.

But as interest rates fell to 3 percent and sometimes lower, competition increased among buyers as many realized they were no longer tied geographically to their workplaces.

“People have figured out they can work from home,” Hinkle said. “Why not go Up North on the water to do it?”

If they had a vacation property out of state, having to fly to it no longer may seem worth the travel time or virus risk. People whose jobs were stable learned that spending less money on dining out or commuting left more money for a dream home, said Karen Haglund, associate broker at Tawas Sunshine Realty.

“All of a sudden,” she said, “the ability to obtain a property Up North was within reach.” 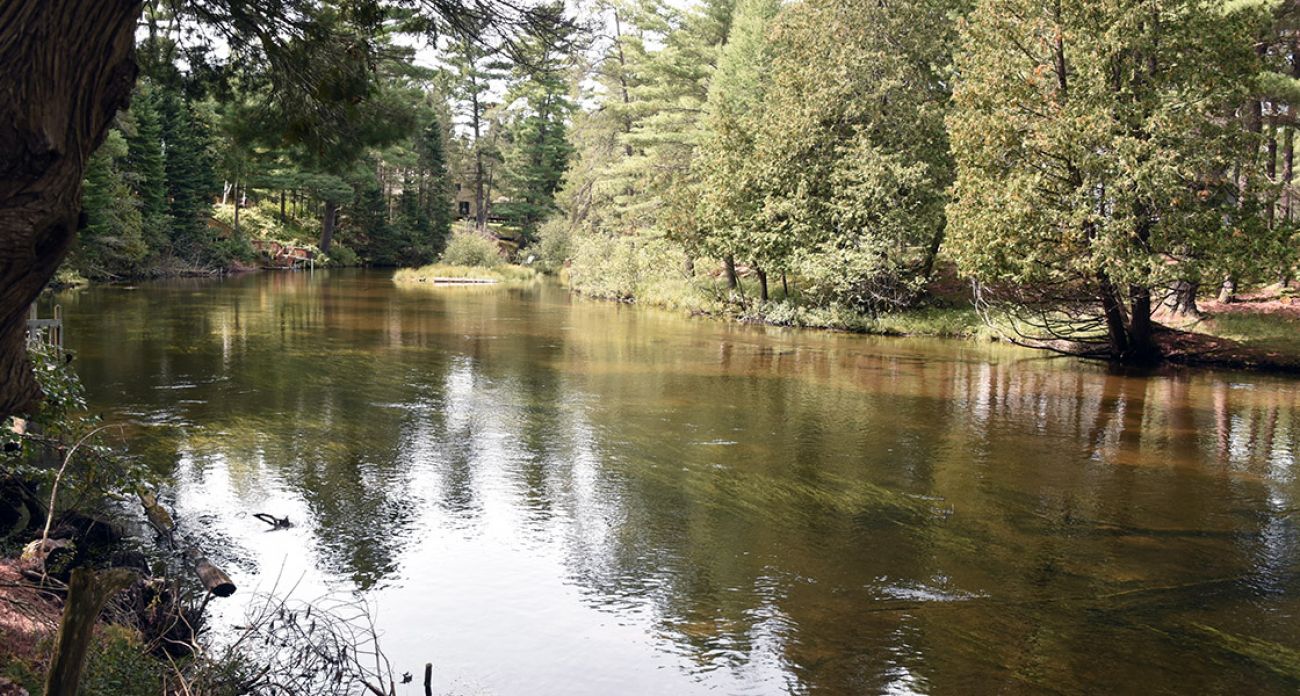 This year will be memorable in Michigan for many reasons. For the real-estate industry in the Lower Peninsula’s quieter areas for vacation homes, summer’s burst of sales won’t soon be forgotten.

“This year distinguishes itself from all others in terms of lack of inventory,” said Mike Heath, sales manager at Coldwell Banker Schmidt’s Gaylord office. “We have more properties under contract right now than available.”

That’s not something that agents along the northern Interstate 75 corridor or near Lake Huron predicted. In comparison to other areas of the state, Haglund said, “we always had higher days on market in our area.”

Heath said that as his firm forecasted sales in March, COVID-19 loomed as a major concern.

“We knew this was a serious issue, and we’d start to see restrictions,” Heath said. “We told sellers that they should list right away because we could have a huge influx of listings by the end of summer.”

Top concerns were how long social-distancing restrictions would remain for showings and whether deals could still proceed quickly as lenders, appraisers and title companies also learned to function amid the pandemic. Some speculated that job losses would prompt people to sell second homes or get equity out of their existing homes.

“The exact opposite happened,” Heath said. “We now have less inventory than we had in March.”

In Otsego County, representing the greater Gaylord area, year-over-year inventory is down 24 percent to 314 listings. Days on market are down 50 percent to 100 days to close. And prices are up 17 percent overall, with a median list price of $159,900. For waterfront properties, listings are down 33 percent this summer, with just 51 listings since June 1.

Across the northeast quadrant of the Northern Lower Peninsula, the story is similar.

“It’s mind-boggling,” Heath said. Buyers are learning fast that making a below-list price offer may not secure a deal, he added. After years of sale prices averaging 5 percent below list price, summer pushed that to 2 percent.

Prices, particularly for waterfront, compare favorably to the west side of the state. In northeast Michigan, the median price this summer for houses on lakes or rivers is about $230,000.

In Emmet County, home to Petoskey, the average year-to-date sale price is $379,404, and 25 waterfront listings as of mid-September are priced at $1 million or more. Fourteen properties on water are under $300,000 and most of those are condos.

“They’re on a whole different level,” said Hinkle of the west Michigan market. “There’s some serious money over there.”

In the northeast quadrant, the county with the most sales from June through August was Cheboygan, southeast of the Mackinac Bridge, where 66 waterfront homes sold at a median price of $278,950.

South of that is Presque Isle County, including Rogers City on the shore of Lake Huron, where 56 homes have sold. Median prices this summer for lakefront property jumped 26 percent to $237,875. Homes away from the water climbed even more in price: They’re up 49 percent from June 1, compared to summer 2019, with the median selling price of $94,500.

“What we’ve got here is something to treasure,” said Haglund of her area in Tawas City and many other areas in the northeast portion of the state. She lists as attributes the water, the state and national parks and the recreation trails for bicycling or hiking in the summer, then snowmobiling or skiing in winter. “There’s nothing wrong with having a little slower pace of life and enjoying the beauty around us.” 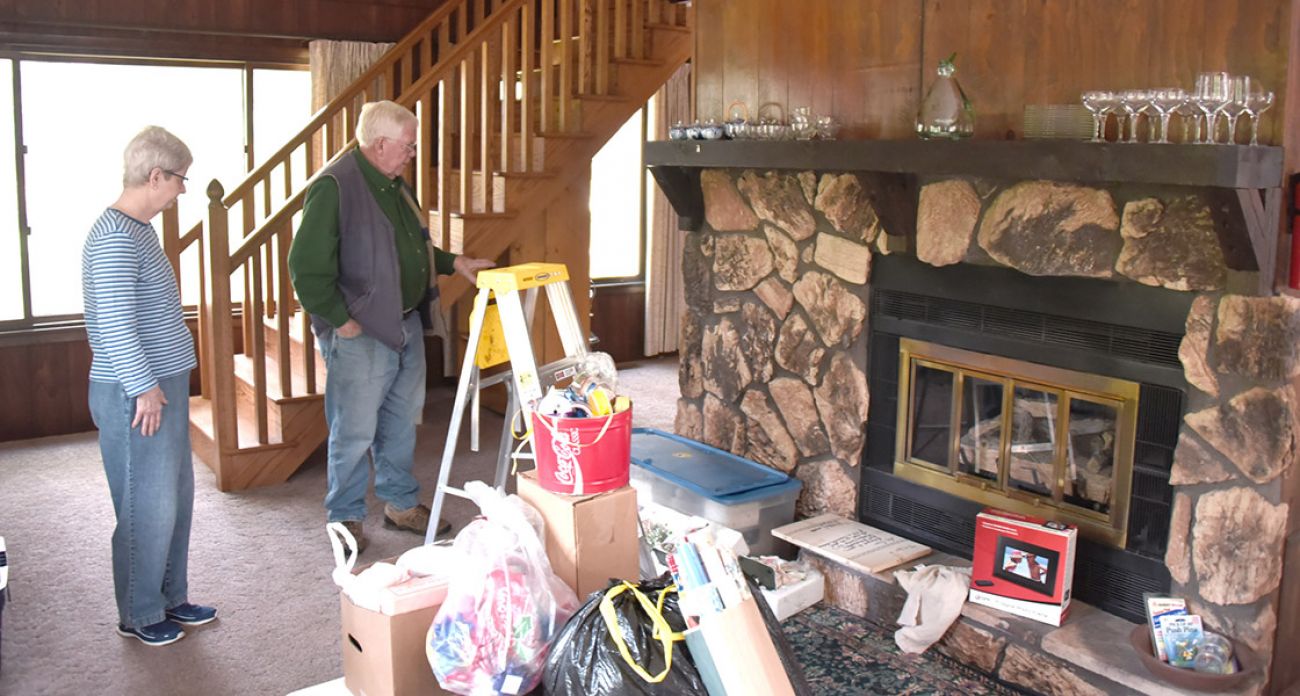 Competition for properties is great for a seller trying to realize top dollar, Realtors say, but buyers struggle.

A buyer in metro Detroit interested in a new listing may be told not to bother with a trip north to see a property if they can’t do it that day or the day after.

“Out-of-area buyers are having a tough time right now because they’re not acting as fast as local buyers,” Heath said. “That’s an interesting phenomenon that we haven’t seen before.”

Many agents don’t want to write offers for an unseen property because a seller won’t accept an offer that merely buys a prospective buyer time to get Up North.

Dan Schwartz and Alyssa Michalewicz had been renting with their toddler and searching for a house near their work for about a year when COVID-19 restrictions halted a lot of sales activity in March. But Schwartz kept looking online, and found one listed by Heath in Vanderbilt, just north of Gaylord with the help of photos taken by the homeowner because Heath couldn’t go inside at that time.

“It had been on the market publicly for an hour,” Schwartz said. “By the time I called, there were already three offers.”

The other offers fell through, but the one from Schwartz and Michalewicz didn’t. Everyone involved looked for ways to follow state requirements while pursuing a deal. It closed on June 4.

Since then, Heath estimated, the market activity means the Vanderbilt house is worth about 17 percent more than the $128,750 that Schwartz and Michalewicz paid for it just months ago. And Schwartz is happy they’re not having to find a house in a hot market.

“It’s kind of ridiculous,” he said, “and it’s only gotten worse.”

The Randolphs went to Hinkle’s office six days after listing their riverfront home in Gaylord. They were ready to evaluate two offers, then while sitting there a third came in. Two were over the list price, and one had an escalation clause written into the offer. With that, the offer climbed as competing offers came in.

“We went with the highest offer,” Tad Randolph said.

A couple from out of state wanted to move back to Michigan, and their jobs are now flexible enough to do that, he said. Closing should take place by the end of the month, after the appraisers catch up to the market’s pace.

Randolph said he misses living on the river, but the house on 3.1 acres got to be too much, he said. Mowing, raking pine needles and taking care of the flower beds all became “something to dread and not enjoy.”

They’re now at home in their new duplex. “It was time to move to something simpler,” Tad said.

As the region’s Realtors see no signs yet of the market cooling off, they wonder when it will become more balanced. They’re hoping properties come onto the market, but not because sellers lost jobs amid coronavirus.

They expect that aspirations of purchasing a home in northern Michigan could keep the buyers coming, Haglund said. “In general, people are rethinking their lives,” she said. “What’s making them happy? Everyone is searching for something to keep them satisfied and occupied.”