Up to 400K COVID vaccines set to expire in Michigan. Few want them.

Michigan Health Watch
Up to 400K COVID vaccines set to expire in Michigan. Few want them.

Three months after a desperate scramble for COVID vaccines — and even some line-cutting — Michigan’s demand for the life-saving shots is so low that some 400,000 vaccines are set to expire if not used in the next four weeks, according to the Michigan Department of Health and Human Services.

Though officials are attempting to redistribute the supply before they go bad, there are few takers.

“Most of the states — we’re in the same situation,” Lynn Sutfin, spokesperson for the Michigan Department of Health and Human Services, told Bridge Michigan.

Indeed, public health officials in other states report similar problems, saying they’ve asked federal officials, without success, to share the vaccines with other countries where demand is greater.

Since vaccines first arrived in Michigan in December, 11.6 million doses of the three approved options — Pfizer, Moderna and Johnson & Johnson — have been delivered to the state.

Precisely how many doses now are in peril is unclear.

Last week, it appeared that about 262,000 doses were set to expire at various points “in the next four weeks,” according to a federal database accessed by state officials, Sutfin said. But MDHHS felt that estimate was low.

So officials turned instead to the Michigan Care Improvement Registry, or MCIR, which tracks vaccines as they are administered individually. That database suggests the number of doses in peril is closer to 400,000 — up to 270,000 for the one-dose Johnson & Johnson vaccine, 22,000 of the two-dose Moderna vaccine and 114,000 of the two-dose Pfizer vaccine, Sutfin said Wednesday.

The vaccines — which state health officials said they stopped ordering six weeks ago — are set to expire at different times in the next four weeks.

In the Upper Peninsula, Public Health of Delta & Menominee Counties has 315 doses set to expire on Aug. 5 and another 100 doses on Aug. 18. 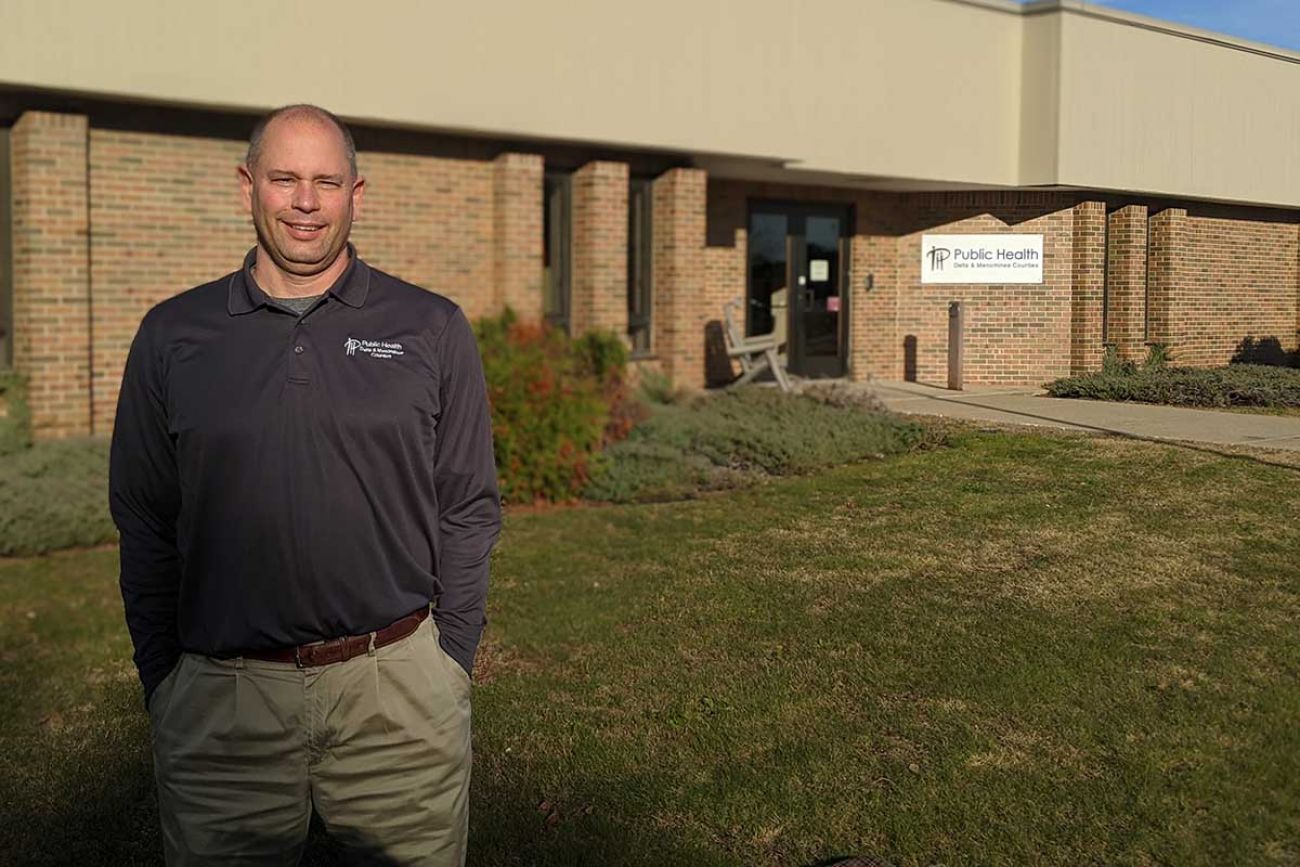 Officials there “are doing our best” to distribute vaccines, working with local employers and jails, for example, Snyder said. When the U.P. State Fair opens Aug. 16, the health agency plans to bring two public health nurses and a clerk to offer vaccines from a tent.

“We still have weekly clinics,” Snyder said, “but it’s more about meeting people where they’re at.”

To be sure, some portion of Michigan vaccines will go into residents’ arms. But even if recent rates remain steady at about 70,000 shots a week, that would still leave 100,000 or more doses wasted.

And that’s a best-case scenario. In reality, vaccine rates have declined nearly every week since the April peak, even as the state has tried to woo Michiganders with the promise of a $5 million lottery.

Last week, for instance, just 59,206 shots were administered, compared to 679,345 doses given during the first full week of April.

It was only three months ago that Michiganders faced a dizzying array of wait lists, call lines, and emails to get in line for vaccines. A slow-down certainly was predictable, but it came faster than expected, said Norm Hess, executive director of the Michigan Association of Public Health, which represents the state’s local health departments.

“We have pivoted from the enthusiastic crowds lining up at the door saying ‘Where’s my vaccine? Where’s my vaccine?’ to people who either can’t or don’t want to travel to the vaccine or who are hesitant,” Hess said.

A recent stumble involving the Johnson & Johnson vaccine did not help. The one-dose vaccine, considered ideal for reaching hard-to-reach rural populations, was temporarily put on hold when issues arose about side effects, spooking some.

As demand dwindled, mass vaccination clinics were replaced with smaller, pop-up clinics in neighborhood centers, schools and churches. Now, those are being supplemented by pop-up clinics at summer festivals and fairs, Hess said. In some regions, vaccines are given to local EMS workers who deliver them house-by-house — a “high-intensity resources-wise” endeavor.

Politics, too, has almost certainly played a role. While some conservative leaders and personalities nationally and in Michigan have been vaccinated and encouraged vaccinations, others have allowed — and in some cases, even helped perpetuate — misinformation about their necessity or safety.

According to the state, since COVID-19 vaccines were first made available, just over 150,000 doses have already gone to waste — some because they expired, others due to everyday mishaps such as dropped vials, or syringes that broke or malfunctioned or were dropped. Some, too, were prepared for clinics but then were not used up by the end of those clinic days, said Sutfin, the MDHHS spokesperson.

Why the exact number of ready-to-expire vaccines is unknown is complicated, Sutfin said.

Some vaccine providers — doctors’ offices, school-based health centers, independent pharmacies or dialysis centers, for example — never used the state’s MCIR system and redistributed doses to other areas within Michigan without updating their inventory records in MCIR; or they administered doses without including lot numbers – making inventory difficult to track, Sutfin said. And sometimes, officials were able to squeeze extra doses from vials, again without updating dose records to reflect that, she said.

At the public health association, Hess said to some extent, the overage is good news — because it indicates that those who wanted the vaccine have been able to get it.

In Oakland County, the health division ordered 32,000 vaccines at its peak during the week of April 6. So far this month, it has ordered 5,910, said county spokesperson Bill Mullan. Some have been redistributed from other counties, he said.

Long gone are busy clinics. But Mullan said the county expects to hit a 70 percent vaccine rate — at least for a first dose — by next week or soon after.

And Hess, of the public health association, noted that thousands of Michiganders still are being vaccinated every day. “I don’t like waste, but I’d rather be in a situation where we have too much than still in a situation like April, where we had people who wanted the vaccine but we didn’t have enough.”