Even as frustrated seniors across Michigan say they are struggling to get registered for a coronavirus vaccine, the state’s nursing home population — among the most vulnerable — appears to be getting vaccinated quickly.

Two designated national pharmacy chains, CVS and Walgreens, say they have vaccinated over 34,000 residents and staff in about 400 Michigan nursing homes. That suggests that a majority of the 45,000 residents in skilled nursing settings have gotten at least one of the two-dose vaccine regimen in a process that still appears bumpy.

For older residents not in care facilities, the pace of vaccination appears to be much slower. That data show that 89,760 people age 70 or older have gotten at least the first dose of the vaccine — nearly 8 percent of the 1.2 million Michigan residents 70 and older, through Tuesday. That may not seem like much, but the rate is far higher than in many neighboring states.

In nursing homes, CVS reports that residents and staff in the 269 Michigan nursing homes it was assigned to vaccinate by the federal government should have the first dose of the vaccine by Thursday. (Walgreens has not publicly provided its estimate for completing first doses)

“When you look at the last 10 months of COVID, this is one of the few things that has gone well,” said Salli Pung, who heads Michigan’s Long Term Care Ombudsman Program, a state- and federally funded office that advocates for residents in nursing homes.

She said she has talked to colleagues in other states and heard stories of delays and confusion.

At least from the anecdotes she’s heard from residents, nursing home staff, and the handful of ombudspersons around the state: “it takes a little while to coordinate, to get consent, to schedule clinics, but … [Michigan] has done a pretty good job.”

The Michigan Elder Justice Initiative has received a “smattering” of calls about the issue of consent for certain residents to obtain a vaccine, but the rollout appears to be going “pretty smoothly,” said Alison Hirschel, director.

For a state that hovered among the worst in the nation in the early days of the vaccine rollout, it is welcome news for a population hit hard by COVID-19.

Another 1,250 residents of homes for the aged and adult foster care have also died from COVID-19.

Then, on Dec. 28 Gov. Gretchen Whitmer made the vaccines available to residents and staff in skilled nursing homes.

On Jan. 6, she expanded eligibility to, among other groups, anyone 65 or older, setting off a scramble among health departments and hospitals to answer new demands for the vaccine from older residents amid supply shortages and a lag in information.

State health officials were not able to offer Bridge Michigan data Tuesday on the number of people over 65 who have received the vaccine, since the state sorts vaccine data by 10-year increments.

That data show 82,910 people age 70 or older have gotten at least the first dose of the vaccine — roughly 7 percent of the 1.2 million Michigan residents 70 and older. The low overall rate underscores the difficulty older residents, particularly those living on their own, have faced navigating online registration portals at hospitals or local health offices to register for vaccines.

As of Tuesday, nearly two weeks days after people over 65 were made eligible for the COVID vaccine, several counties, including Genesee, Huron, Tuscola and Shiawassee, were not offering the vaccine to seniors, according to the latest vaccine information provided by the state.

But compared to other nearby states, Michigan is doing better in vaccinating older residents. In Ohio, 5.2 percent of those 70 and older have gotten a vaccine; in Minnesota, the rate is 3.9 percent, and just 2.7 percent of those 65 and older in Wisconsin have been vaccinated.

Only Indiana, with over 14 percent of people 70 and older getting a vaccine, has fared better in the region.

Detroit Mayor Mike Duggan said Tuesday that limited supplies prevent him from opening up scheduling to anyone 65 and older, although the city is now vaccinating police officers, for example.

“We are going to do this as fast as we can,” he said. “We’re not going to raise expectations that we can't meet.”

Some bumps in journey to nursing homes

Sen. Curt VanderWall, R-Ludington, said he’s heard complaints that residents in some assisted-living facilities aren’t getting their first dose until the end of this month or later because of a lack of pharmacy staff to deliver them.

CVS and Walgreens are also working to vaccinate residents of other senior citizen housing, including assisted living and independent living senior complexes. They have already vaccinated over 23,000 residents and staff in those settings, where an estimated 108,300 residents live, according to data from the pharmacies and the state.

Vanderwall told Bridge Tuesday that he’s tracking down details, but said this much is clear: “We’ve done pretty well in some of (the long-term care facilities), but we’re falling short in others.”

Most residents of the skilled nursing care portion of the Clark Retirement Community based in Grand Rapids have been vaccinated; residents in the assisted living and independent living campuses are scheduled for their first doses by mid-next week, said president and CEO Brian Pangle.

He said he’s heard from some peers in the industry who said they’re still struggling to get the vaccine.

“There are some [facilities] getting it all done, others getting some done, and some getting less of it done,” he said. “The rollout has not been consistent.”

Still, he noted, there’s never been such a fast, massive logistical lift in recent memory. At Clark, Walgreens staff went room-to-room in many cases to administer vaccines to residents and set up a clinic in a community room. The process, he said, was relatively smooth — from providing consent forms to doling out “I got a vaccine” stickers.

“Much like COVID has been figure-it-out-as-you-go, so has the rollout,” Pangle said.

Michigan’s halting journey to get vaccines to millions of residents is being echoed across the country, as the federal government left distribution decisions to individual states. But Michigan has made consistent advances.

“It’s been a very smooth process,” she said. The SEIU represents workers at over 60 of the state’s 460 nursing homes.

Acevedo acknowledged that a number of nursing home workers, perhaps over half, did not want the vaccine initially but that many have since decided to get it.

In Grand Rapids, Pangle said about half of his staff, too, received vaccines in the skilled nursing part of the community.

Meanwhile, residents have been happy to get the vaccine, often asking whether this eventually clears the way for a return of visits with family and a reopening of the homes to volunteers and other visitors.

“The answer to that question is that we don’t know yet, but I certainly hope so,” he said. 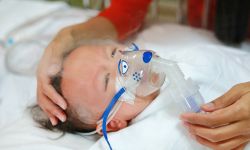