A doctor, a miracle baby, and the fight to save dying coronavirus patients

Michigan Health Watch
A doctor, a miracle baby, and the fight to save dying coronavirus patients

In the fight to save lives against the coronavirus, Michigan doctors are turning to a last-resort machine — one that offers hope when a ventilator isn’t enough.

“It doesn’t treat the patient, but it buys time,” said Dr. Robert Bartlett, a retired University of Michigan surgeon and researcher who helped pioneer the technology.

The extracorporeal membrane oxygenation machine — ECMO for short — is a complex circuit of pumps, tubes, filters and monitors that takes over a patient’s lung and heart functions when it’s connected to their circulatory system, usually through large veins and arteries in the groin and neck.

Sometimes, Bartlett said, time is enough. And he’s got a miracle baby to prove it.

Worldwide, more than 500 patients with suspected or confirmed cases of COVID-19 have been connected to ECMOs, according to Ann Arbor-based Extracorporeal Life Support Organization, a nonprofit that tracks ECMO patient outcomes. Among those patients subsequently disconnected, 46 of 110 (42 percent) leave the hospital alive.

Earlier this month, seven of eight people on ECMO were COVID-19 patients, most had been transferred from hospitals in Detroit and its suburbs and may remain connected for weeks or months as their bodies heal. 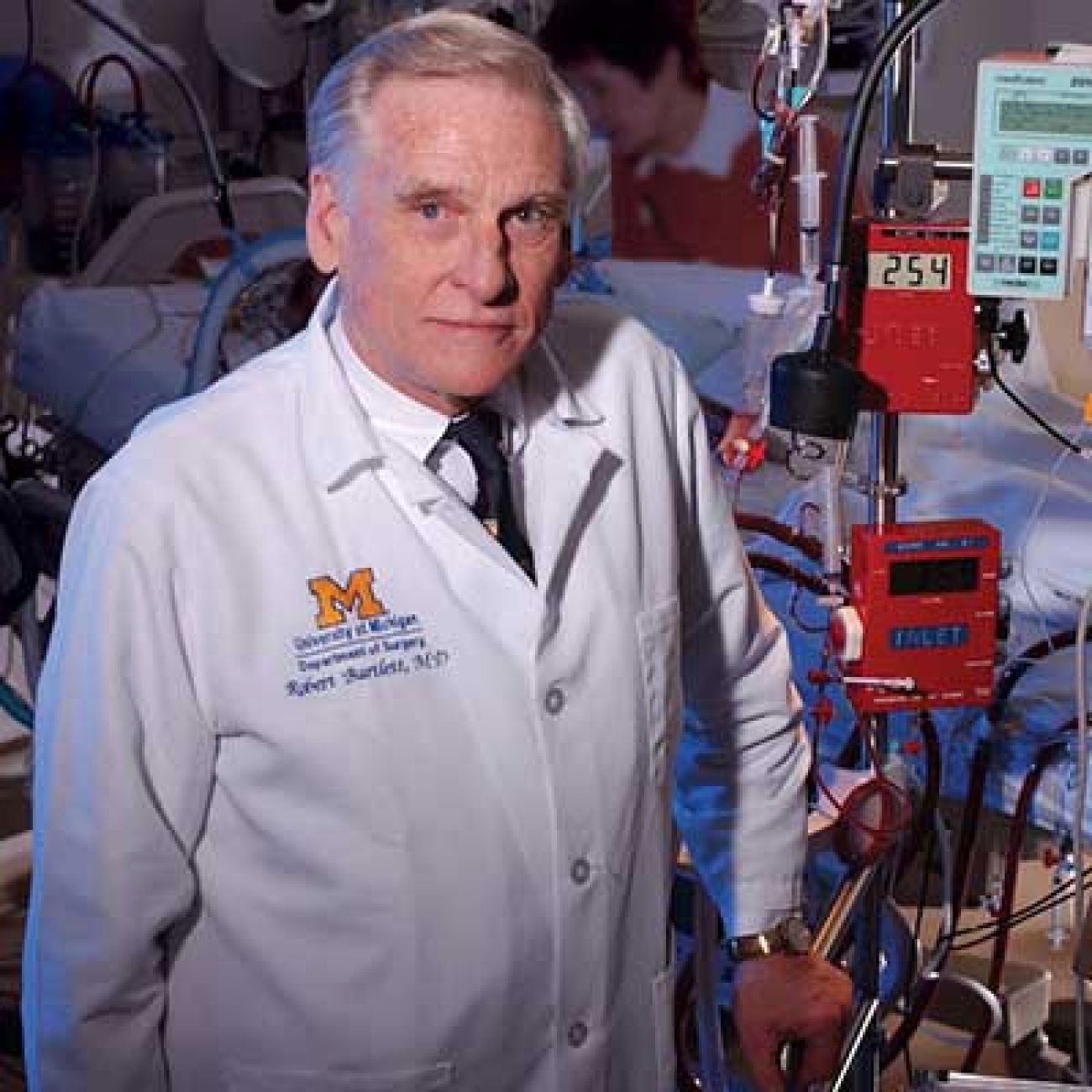 “It’s hard to know what the [eventual] outcomes will be while so many are still on ECMO,” said Dr. Ryan Barbaro, a University of Michigan critical care pediatrician.

A 2 in 5 survival rate may not be reassuring for families of desperately ill patients, but ECMOs are reserved for those considered “moribund” — patients at the brink of death and who most likely would die otherwise.

Still, Barbaro and Bartlett said they expect survival rates to improve as patients have more time to heal in the coming weeks.

Years of tinkering, decades until acceptance

Bartlett was a young surgeon when he and some colleagues began work on the machine. They noticed that about half of pediatric patients needing complicated heart repairs would die in surgeries that could last two hours or more — too long for traditional heart-bypass machines of the time.

The bypass machines of that time bubbled oxygen through the blood as the blood made a circuit outside the body. Especially in the 1960s, the process was far from perfect, damaging blood cells and proteins and, in the worst cases, shutting down organs.

So the surgeons set about trying to invent a machine that could sustain patients longer. Enter silicone rubber — a substance found in bathroom caulk.

Unlike other plastics, the material allows gases to pass through freely. The surgeons used the material to create a “membrane lung” allowing blood to flow more easily outside the body, while picking up oxygen and removing carbon dioxide before the blood returned.

Patients could stay on the ECMO for long periods — weeks or even months — without damaging blood and tissue. Which, in turn, gave the heart and lungs more time to rest as the body recovered from a range of illnesses, from congenital heart defects to pneumonia to heart failure.

They began testing the “membrane oxygenators” on animals. When testing moved on to humans, the first cases were mixed.

The first dozen or so children and adolescents did well, Bartlett said — enough so to launch a federally-funded trial of adults with acute respiratory distress syndrome (ARDS). But that trial was cut short after 90 percent of the patients died.

A medical journal declined to publish a paper on the first successful use of an ECMO in a newborn in 1975, when Bartlett was at the University of California, Irvine. A paper on the infant’s survival was not published for more than four decades: in 2017, by ASAIO, a peer-reviewed journal for the American Society for Artificial Internal Organs. 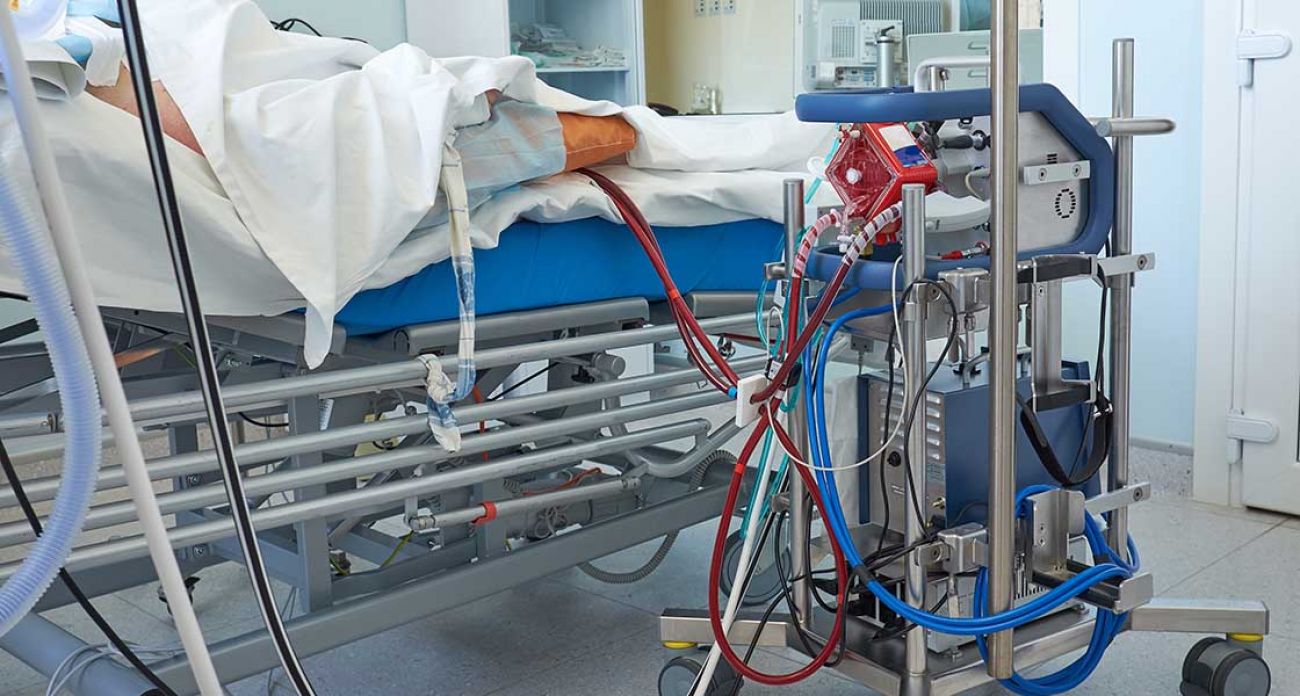 That’s when “Baby Esperanza” was formally introduced to medical academia.

Born in 1975, the newborn was cyanotic — a “blue baby,” whose cast was from a lack of oxygen in her blood as her lungs were not fully developed. In no uncertain terms, she was dying. 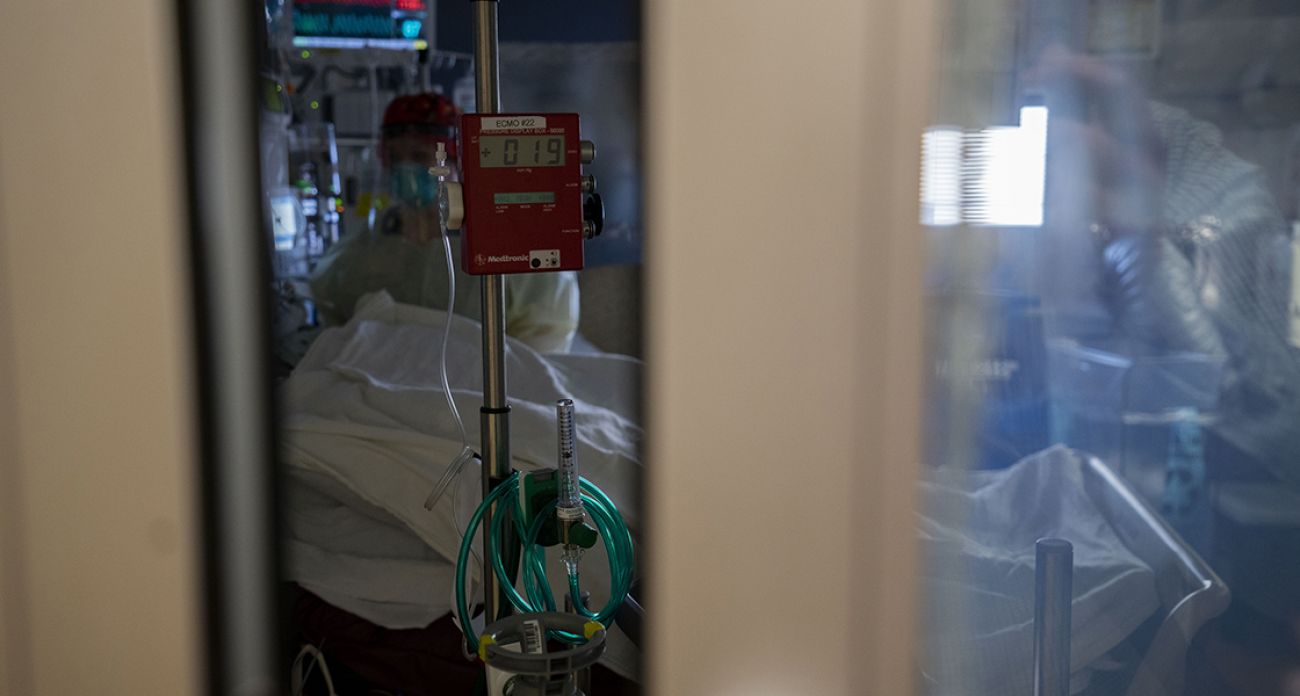 In a last-ditch effort, Bartlett wheeled in an ECMO machine. Just 20 hours old, the child was hooked to it for six days, allowing her lungs to develop and recover until her tiny body could survive on its own.

The newborn’s mother fled the hospital believing her baby would not survive.

“It doesn’t treat the patient, but it buys time,” Dr. Robert Bartlett, retired University of Michigan surgeon and pioneer of the extracorporeal membrane oxygenation, or ECMO, machine.

“The babies before me died,” she told Bridge on Wednesday. “I wasn’t supposed to live.”

As the little girl grew, Dr. Bartlett moved to the University of Michigan in 1980, and continued developing the technology. Slowly, other doctors embraced it, too, traveling to Ann Arbor for training.

And the shaky survival rates of the early years began to improve. Between 1986 and 2006, about half of ECMO patients survived. Survival rates now stand at about 90 percent for children supported by ECMO.

A study in Australia and New Zealand credited ECMO with a 71 percent survival rate among patients in the Type A influenza H1N1 outbreak in 2009.

More than a decade later, ECMOs are finding a niche with COVID-19 patients — patients “too exhausted to take another breath,” Bartlett said. 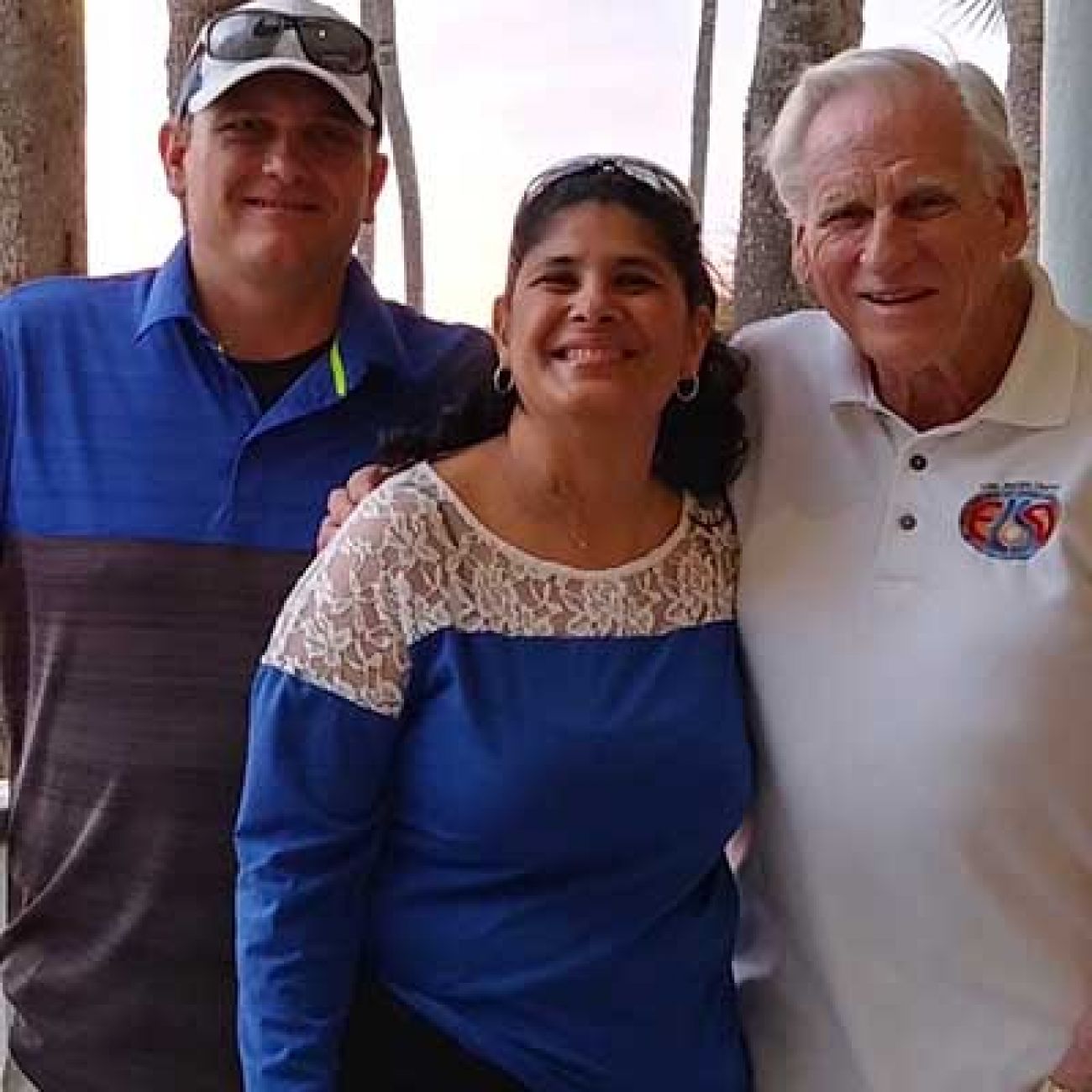 Pineda, a Missouri mother of three and a housekeeper at a hospital, marvels at the tiny but crucial role she played in the development of a machine that is helping some of the most desperately sick COVID-19 patients survive.

She said she first reconnected with Bartlett when she was a teen, after her doctor asked about the tiny piece of tubing in her left lung. The doctor tracked down Bartlett to learn more about the ECMO.

Pineda said she and Bartlett talk from time to time and always on the  holidays. She’s met his wife. Been to his home. They huddled in the rain one year at a University of Michigan game.

And every five years, she attends medical conferences discussing ECMO. He introduces her to doctors from around the world, events she said make her feel “like a princess at the ball.”

“If it wasn’t for me there would be no Dr. Bartlett.” she said, then laughed. “I mean, if there was no Dr. Barlett, there’d be no me.” 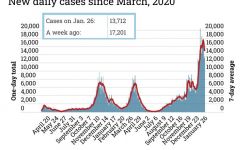 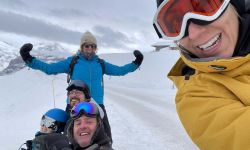 COVID may be here to stay. So much of Michigan is weighing risks, moving on