Michigan third in nation for coronavirus, last for data about patients

Thirty-three states release daily numbers about hospitalizations for the coronavirus. Eighteen release data on patients who have recovered.

None of the information is available in Michigan, which has the third most deaths from the virus in the nation.

One day after Beaumont Health CEO John Fox went public with criticism of the state and other hospitals for failing to share information during the crisis, health experts and consumers on Monday told Bridge that Michigan needs to increase transparency during the outbreak.

For hospital executives, more information about patients and their conditions can help guide care and staffing.

For residents like Inez Aultman of Zeeland, who has diabetes and high-blood pressure, the data would let her know if Gov. Gretchen Whitmer’s stay-at-home order is helping curb cases.

“I think Michiganders need the encouragement to keep going because it’s costing us big time,” she told Bridge.

“They need the encouragement that that sacrifice … is doing something.”

Michigan releases data daily on the number of coronavirus cases and deaths in each county, negative and positive test specimens and demographic data on gender, age, race and ethnicity.

Dr. Joneigh Khaldun, the state’s chief medical executive, said Michigan is one of a few states to release racial data on the disease and is working to be as “comprehensive and transparent as we possibly can.”

But on metrics tracked by the COVID Tracking Project — which collects coronavirus data from state health departments on positive and negative cases, deaths, hospitalizations, ICU and ventilator patients and recovered cases — Michigan is on par with just six other states for providing the least amount of information, only case counts and deaths.

Some other states provide in-depth data on coronavirus cases.

On the front lines in Michigan, the lack of reported data about health care workers getting sick and dying from COVID-19 requires hospital employees to scour social media for information, said Jamie Brown, a critical care nurse at Ascension Borgess Hospital in Kalamazoo and president of the Michigan Nurses Association.

"The only reason we know is from the press right now," Brown said.

Likewise, although COVID-19 cases have been reported at 10-12 nursing homes, Michigan doesn’t compile information about outbreaks in facilities. Florida provides daily data on the total number of cases in senior homes.

Mark Hornbeck, spokesperson for the Michigan AARP, told Bridge his group has tried to get information on cases in Michigan nursing homes to no avail.

“Data is important to help determine the depth of the problem in nursing homes across the state and inform policy about quarantine and visitation to long-term care facilities,” Hornbeck wrote in an email.

Michigan health officials did not respond to requests for comment, but earlier have said they are limited by what county health departments and hospitals provide.

Khaldun said on Monday that she hopes the state will start reporting recovery data this week.

Those numbers can provide much-needed hope in a pandemic that has killed 727 in Michigan as of Monday, Whitmer has said.

“All of these numbers, I think, are stories that we could share and should share,” Whitmer said last week.

“We’re working really hard to make sure that we are transparent so that people have that accurate information with which to make decisions." 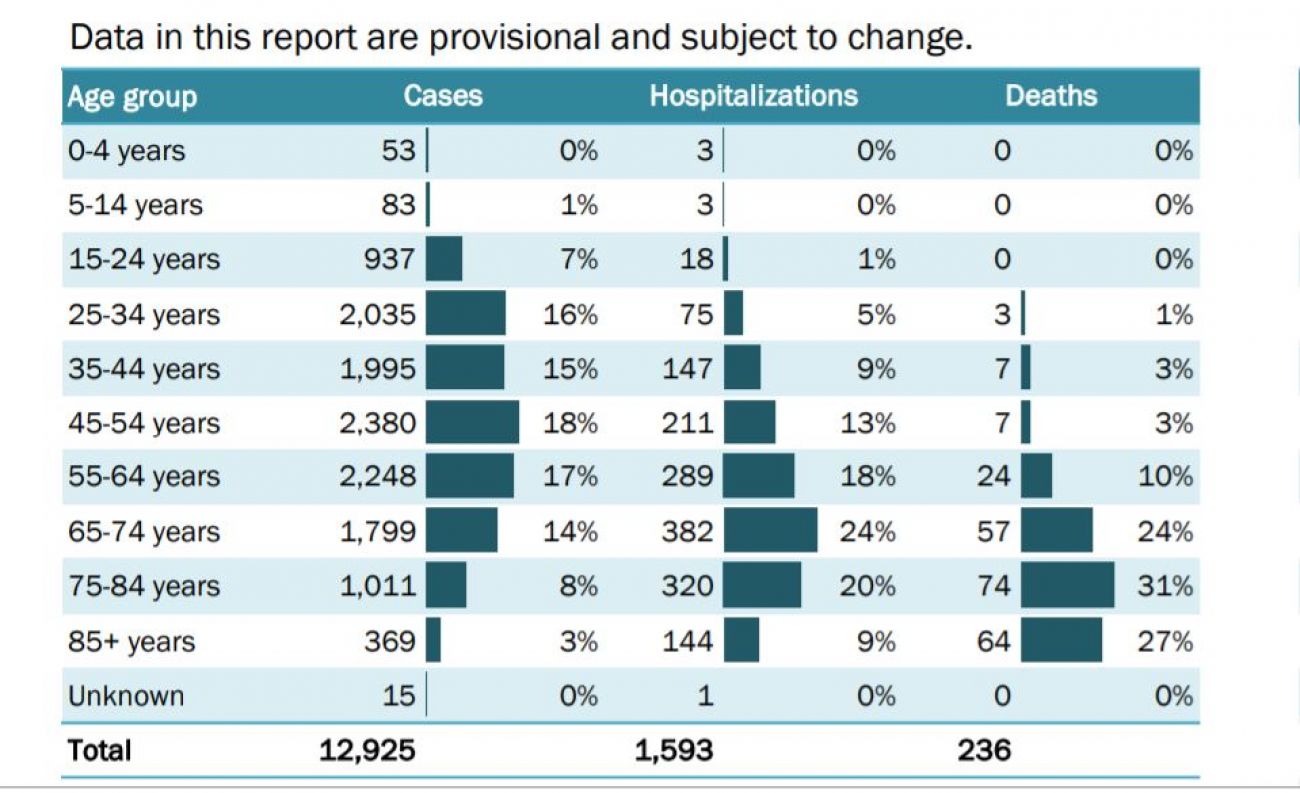 Is all knowledge power?

The call for more data comes as both the state and local communities grapple with what information to release.

Some counties have provided hospitalization data, including Macomb, Washtenaw and Genesee, but others do not. Washtenaw County reports “recovered,” but appears to be a rarity.

Oakland County, which has the second-highest case and death count in the state, has repeatedly changed how much information it provides.

The county once released hospitalization data but stopped because officials felt it didn’t provide an accurate account of the situation. Instead, the county has released ZIP code-level case data because that’s what residents want to know, said William Mullan, spokesperson for county executive David Coulter.

“We think it’s essential to understanding the scope of the pandemic,” Mullan said.

“We feel that knowledge is power in this instance and the more information we can get out there to our residents, to our business owners, to our leaders, the better decisions people can make.”

Harvard Law School bioethicist I. Glenn Cohen told Bridge governments should “release as much truthful information and in as much detail as you can” as long as it doesn’t induce panic or stigmatize a vulnerable group.

“If the public feels as though they are being misled or misinformed their willingness to make sacrifices — in this case social distancing — is reduced.”

There is a danger, though, in too much data, said Dr. Brian Zikmund-Fisher, an associate professor of health behavior and health education at the University of Michigan.

He said there’s “value to ensuring” hospitals and governments have up-to-date information on resources. But the public needs “clear takeaway messages” and raw data such as deaths can be overwhelming and lead to panic, he said.

Michigan releases data daily on the number of cases and deaths in each county, negative and positive test specimens and demographic data on gender, age, race and ethnicity.

According to the COVID Tracking Project, which collects coronavirus data from state health departments, that’s on par with just six other states — all others provide other information on hospitalizations, ICU patients, patients on ventilators, recovered cases or more.

On Monday, Khaldun said Michigan is one of a few states that have released racial data on the disease and is committed to transparency.

Michigan is working to be as “comprehensive and transparent as we possibly can,” Khaldun said.

Michigan for years has earned low grades for government transparency and openness from good-government groups.

In contrast, other states provide in-depth data on coronavirus cases.

‘The more data, the better’

Ruthanne Sudderth, spokesperson for the Michigan Health and Hospital Association said there are challenges to releasing some data.

There is no consensus, for instance, about a definition of “recovered” and if it means a second coronavirus test, that would put additional pressure on existing testing, which has struggled to keep up with demand.

“At the state level we would like to know that as well,” said Sudderth. “The more data the better.”

Fox, the CEO of Beaumont Health, said Sunday that there isn’t enough “accurate, real-time data” available to hospitals to make decisions on how to quickly treat an influx of “time sensitive” coronavirus cases.

The state has a daily report on the number of beds and personal protective equipment (PPE) is available statewide, but it’s not representative. Only 58 percent of hospitals statewide are reporting PPE and 85 percent are reporting beds.

It’s up to the state to make sure that information is collected and reported.

“Part of the role of governments is to pull us together in times of crisis when we need a coordinated response,” Fox said.

Bob Riney, president of health care operations and chief operating officer at Henry Ford Health System, raised a similar concern Monday. He said the metro Detroit hospital system has had to transfer patients to other facilities when its intensive care units were full.

“We're going to have to have the awareness, on a real-time basis, of what beds are available anywhere, and particularly what ICU beds," Riney said.

Riney noted that finding extra workers to treat patients will be even more important than finding beds.

He said Henry Ford will ask hospitals from less-impacted regions of the state to send volunteer workers to Henry Ford hospitals.

The state has required hospitals to provide detailed data on COVID-19 patients but officials have said compliance has not been perfect.

For a public that can be skeptical about the government, health officials should release the data, said Aultman of Zeeland.

“We can’t be selective with the truth,” Aultman said. “We have to trust the citizenry.”